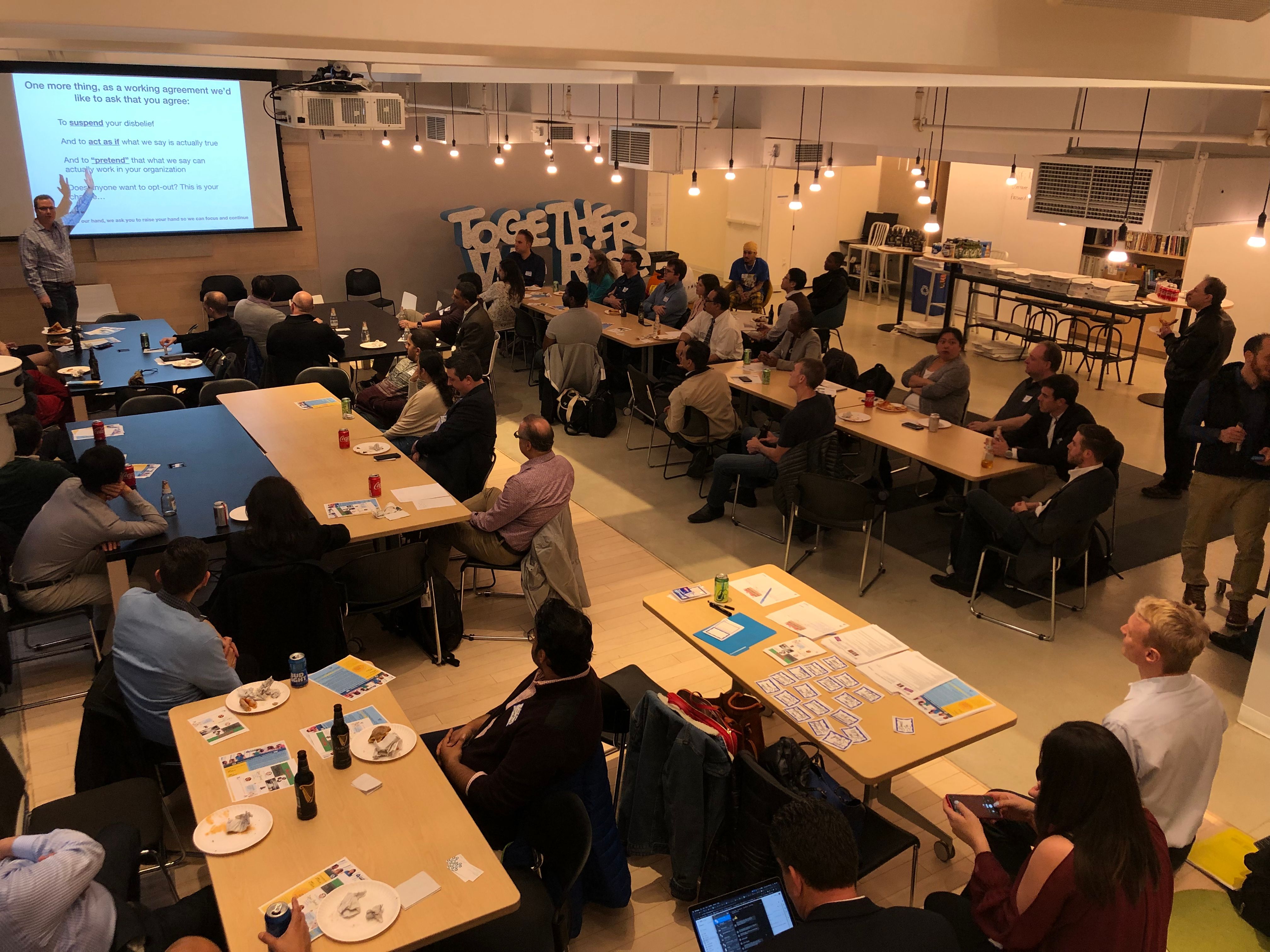 UPDATE: Due on logistical challenges, we will start out our exploration of XSCALE with a presentation on key aspects of the method and will postpone the Game Without Thrones until a later meetup. Read on!

Only 4% of agilists say Agile adapts to changing market conditions in the 2018 State Of Agile survey. Four Percent. And that’s the largest and longest running survey in the agile world. If XP embraces change, and 98% of agilists in the same survey say agile benefits them at a team level, the problem here is Scaling.

Scaling violates YAGNI, disconnects business and tech from customers, and destroys team autonomy. In this talk, XP pioneer Peter Merel - credited in Beck’s 1st XP book - explains how 3 Descaling Metrics and 4 Descaling Patterns solve Scaling and generate Business Agility, not Agile Bureaucracy. This isn't turning back the clock to 1999 or just wishing real hard - it's simple and practical. And you don’t need to fight SAFe, LeSS, DA or any of the frameworks to get it going. This works with all of them. Pedal, metal, rubber and road.

Peter Merel created the very first agile training game, the coffeepot game or “Extreme Hour”, and ran it at a plenary session of the very first agile conference, XP2000. Credited in Beck’s original XP book, Peter ran the second XP program in the world at GMAC over twenty years ago. He took part in formation of the original Alliance and Manifesto too. Having led multiple successful agile transformations, five years ago Peter began to teach a “Descaling Business-Agile Unframework” called XSCALE. A thriving Linux-style learning ecosystem of independent agile coaches and consultancies have grown up around XSCALE to covers the Americas, EU/UK, India and Australasia. Game Without Thrones is a key training game in "XSCALE Business Agility”, one of the three pattern languages that make up XSCALE.

Minton Brooks is a business agility coach and executive consultant. He has supported organizational transformation initiatives within Fortune 100 companies for the past 19 years. Clients include IBM, Travelers, Ford, US Bank, Cigna, Wells Fargo, WellPoint, Merck and Aetna. Brooks is an accredited Kanban coach and trainer and an XSCALE business agility and product management coach. He has been an XSCALE Steward since October 2017.