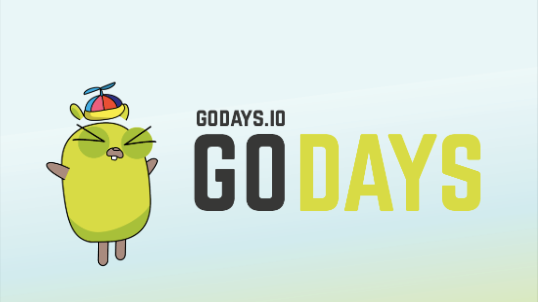 Our pre-conference Meetup will take place in the office space of our partner Cosmos. We'll meet and engage with each other even before the conference has started, so save the date and sign up!

One Decade of Go

It has been an exciting moment, when Google announced their Language Go in November 2019. No esoteric syntax, but a pragmatic mix of paradigms inclusive concurrency. After some hype and early years of establishing the language now is settled as a robust and scalable fundament for networked systems. Enjoy a travel through the history of our beloved Gopher.

About Frank:
As developer since the 1980th and as author and speaker on conferences since 1999 Frank Müller mostly can provide one thing - experience. He's happy to provide it here.

Coming from a long time Enterprise Java Background, using Go came with some suprises. During the years and after some experiences from recent projects, it is time to retrospect. This talk will present 10 things making Go an outstanding environment for creating great applications.

In this talk Tiago will show many code snippets covering many topics like: simple, yet effective, mocks; separation between unit and integration tests; leveraging concurrency to speed up tests and a few other tricks he has got under his sleeve.

About Tiago:
Tiago de França Queiroz is Principal Backend Engineer at Onefootball.
With 6+ years of professional experience in software development (plus many years as a hobbyist and academic undergrad researcher), Tiago have worked with many different programming languages (Go, Java, Kotlin, Python, Javascript, etc), for the last couple of years, however, his focus has been Golang. At Onefootball Tiago has the opportunity to write code on a daily basis, as well as guide cross-team/company wide projects with a big impact in Onefootball's tech stack.

About Cosmos:
The Cosmos Network is a decentralized network of independent, scalable, and interoperable blockchains, creating the foundation for a new token economy.
Before the Cosmos Network, blockchains were siloed and unable to communicate with each other. They were hard to build and could only handle a small number of transactions per second. Cosmos solves some of the hardest blockchain problems of scalability, usability and interoperability.

The Cosmos SDK is a developer-friendly, modular framework, each powered by a Byzantine Fault-Tolerant consensus algorithm such as Tendermint BFT, allowing developers to fully customize their decentralized applications and focus on business logic.