Our mission is to create a friendly community of like-minded people with a love for the great outdoors. Based in the heart of Surrey, most of our hikes are in this area. We venture further afield for camping and hiking in the spring and summer months. We have members from London, the Chilterns and further away. Most of the group are regular hikers so we tend to walk 12 miles plus but always in interesting and varied countryside that makes the miles feel short!

FOR MORE INFO: https://3d273909-613c-4b2f-9393-9c778f137c8f.filesusr.com/ugd/65ac02_a49494ac5bb44213818915bd48fbbb1f.pdf Arrive: Dublin Thursday evening Leave: Dublin Sunday night DAY 1 THURSDAY SEPTEMBER 10th (ARRIVE ANYTIME INTO DUBLIN) Check into Hotel (Ideally you should find something in the City Centre in and around O'Connell Street) as we’ll leave from near there the next day to go to Marlay. Otherwise anywhere in the City is fine provided you can get to O'Connell street in the morning by 9:30 am. DAY 2 FRIDAY SEPTEMBER 11th We take a taxi from Dublin to Marlay Park (20 mins) MARLEY PARK TO KNOCKREE Distance: 22 km Ascent: 600 m 7hrs The trail wanders through the delightful sylvan surroundings of Marlay Park, we then begin the walk's first ascent southwards towards the Dublin hills and the first of several forest vistas. Passing Kilmashogue (536m), Two Rock and Tibradden mountains the trail descends to reach the Glencullen road at Ballybrack after 9 km. Walking eastwards along the road. The hike then begins the ascent towards Prince William's Seat (555m) followed by a zigzag descent to the Enniskerry road north of Knockree Hill. DAY 3 SATURDAY SEPTEMBER 12th KNOCKREE TO ROUNDWOOD Distance: 18 km Ascent: 500 m Time approx: 6.5 hrs The Wicklow Way skirts round to the west of Knockree Hill descends to cross the Glencree River valley and reaches Crone Wood. From here a steady uphill walk brings the trail to a spectacular viewing point over Powerscourt Waterfall and Deer Park (the imported Japanese Sika deer have long since escaped and inter-bred with the native red deer population of the surrounding uplands). Our hike reaches the Dargle river, followed by a climb to 650m around the east shoulder of Djouce (pronounced jowsse) (775m). Adjacent to here is a site that's become part of modern folklore after a Plane Crashed on Djouce Mountain. The trail then goes on to White Hill and a little further a raised walkway marks the start of a long descent through Ballinastoe Woods, opening to reveal the wonderful vista of Lough Tay and the Luggala (pronounced lug-a-law) valley, to reach the Roundwood to Sally Gap road. We get fine views high above the valley and then a hike through a forest near Ballinrush and Ballinafunshoge. This leads to a road where we firstly go north, then east, leading to Roundwood. DAY 4: SUNDAY SEPTEMBER 13th ROUNDWOOD TO GLENDALOUGH Distance: 12 Km Ascent: 350 m We regain the Wicklow Way just north of Oldbridge. Continue hiking for a few km over Drumray, turning right onto a lane leading to the north-eastern shoulder of Paddock Hill. The walking route continues over the hill and then descends to cross the Glenmacnass road. We remain on the route which immediately enters Brockagh Forest - with its all too obvious evidence of recent timber harvesting and replanting. This is followed by the hauntingly scenic approach to Glendalough and our lunch stop. Then Minibus back to the Airport after a late lunch COST: £215 (For payment before February 10th 2020) £235 (For payment after February 10th 2020 and before July 10th 2020) £255 (For payment after July 10th 2020) INCLUDES: - 2 Days accommodation in a Guesthouse & Hostel (Single room supplements available) - 2 Breakfasts - 1 Packed lunch - Hike leader from Dublin (with extensive experience in the Wicklow region) for 3 days - Minibus from Wicklow Way back to Dublin Airport on the Sunday (Book flights that leave after 6:30 pm) DOES NOT INCLUDE: - Flight to Dublin - Hotel on Thursday night in Dublin - Bus / Taxi from Dublin to Marlay Park (Approx 5 Euro) - Evening dinners and lunch on Friday - Baggage service around Wicklow Way There is a service (which carries your bags in between different Guesthouses so you don't have to carry all your stuff on the hike, it is about £10 per day per bag (So £20 in total for 2 days).

Join us for an incredible weekend in Weymouth, with scenic walks breathtaking views and a visit to the annual Dorset Seafood Festival. JURASSIC COAST The Dorset and East Devon Coast World Heritage Site is England's first natural World Heritage Site known as The Jurassic Coast. It covers 95 miles of truly stunning coastline from East Devon to Dorset, with rocks recording 185 million years of the Earth's history. https://jurassiccoast.org/?gclid=EAIaIQobChMIxeaPh9Ob5QIVi7TtCh0TsQ6EEAAYAiAAEgLPvvD_BwE SEAFOOD FESTIVAL Weymouth harbour is the perfect backdrop to this tasty event. With over 80 stalls, mouth-watering seafood menus, celebrity chefs, Pommery champagne, local ales and a fabulous atmosphere, the festival also raises money for The Royal National Mission to Deep Sea Fishermen. https://www.dorsetseafood.co.uk/ Price: £95 (For payment before February 10th 2020) £115 (For payment after February 2020) Included: - 2 night’s accommodation in dorms (single room supplement available) in a small Georgian House near Weymouth train station & sea front - Jurassic Coast Hike - Transportation back to Weymouth from Lulworth Cove (after the hike) - Visit to the SeaFood Festival Not included: - Train tickets to Weymouth from London - Food (Breakfast can be obtained at various places near the station which is a 10 mins walk, the accommodation also has a large kitchen and facilities to cook there as well) - Lunch (we can pick up sandwiches before we leave Weymouth for the hike). Dinner in Weymouth. ITINERARY (subject to change) Friday Evening Meeting time: 6.45pm the journey takes about 2 hours 48 minutes from London to Weymouth. Saturday Hike: Weymouth to Durdle Door / Lulworth cove 9:30 am start Hike distance: 10.98 miles (17.67 km) about 6 hours (could be shorter depends on walking speed). Packed lunch along the way We'll arrive around 4.00pm. Parts of the walk can be strenuous, with some sharp ascents and descents so please make sure you have suitable clothing and good hiking shoes. This walk is perhaps the most beautiful on the whole of the coastal path. There are some steep climbs up the chalk cliffs, but we'll be rewarded with stunning views of the World Heritage Jurassic coast, including Lulworth cove, St Oswalds Bay and Durdle Door. The view from the top of White Nothe is excellent, with Ringstead bay below. We'll stop at Durdle door as it's far prettier than Lulworth cove, and then walk to Lulworth. Sunday We will leave the accommodation at around 10.00 am. We can keep our bags there and pick them up on our way back to the station. Seafood Festival & a wander around the Weymouth area and sea side for those that fancy another walk before attending the festival

Join us for a weekend of hiking across some of the most scenic terrains that Northern Ireland has to offer. Climb the Mourne Mountains & visit the world-renowned Giant's Causeway FOR MORE INFO: https://3d273909-613c-4b2f-9393-9c778f137c8f.filesusr.com/ugd/65ac02_3ff137a1b24a495eb91fbd5716e759c1.pdf OCTOBER 9th, FRIDAY ARRIVE BELFAST ANYTIME DURING THE DAY – TITANIC MUSEUM For those of you that can spare an extra day, then visit Belfast's iconic Titanic Museum https://titanicbelfast.com/ OCTOBER 10th, SATURDAY GIANT’S CAUSEWAY On Saturday (Approx 10:00 am) we head from Belfast to the picturesque Northern coast castle of Dunluce, Before heading to our starting point for this walk Dunseverik harbour. The walk will take us along the beautiful Irish coastline to the famous Giants Causeway. Here we can take time to see the sights before ascending past the "organ" to the path at the top of the Cliffs. Taking in the views above Port Moon Boothy we head to Dunseverick Castle and then to our finishing point at Dunluce castle. The walk will take around 5 hours Distance approx: 13 miles The Giant's Causeway is an area of about 40,000 interlocking basalt columns, the result of an ancient volcanic fissure eruption. It was declared a World Heritage Site by UNESCO and a national nature reserve. In a 2005 poll of Radio Times readers, the Giant's Causeway was named as the fourth greatest natural wonder in the United Kingdom. The tops of the columns form stepping stones that lead from the cliff foot and disappear under the sea. Most of the columns are hexagonal, although there are also some with four, five, seven or eight sides. The tallest are about 12 metres (39 ft) high, and the solidified lava in the cliffs is 28 metres (92 ft) thick in places. OCTOBER 11th, SUNDAY MOURNE MOUNTAINS We head from Belfast to Meelmore Lodge, from Meelmore Lodge we follow the Trassey Track steadily upwards to Hare’s Gap where we take a left along the Brandy Pad for a few miles passing below the towering Castles of Commedagh. The Mourne Mountains are a granite mountain range in County Down in the south-east of Northern Ireland It includes some the highest mountains in Northern Ireland, including Slieve Donard at 850 m (2,790 ft). The Mournes is designated an Area of Outstanding Natural Beauty (AONB) and in 2002 the Environment and Heritage Service commissioned a study on the potential benefits of establishing the Mournes as one of the first national parks in Northern Ireland, though this is yet to occur. We will have a short climb to the saddle between Commedagh and Donard, where we should have good views down over Newcastle. We will then climb Slieve Commedagh before descending along Slieve Corragh and Slievenaglogh back to Hare’s Gap and eventually back to the Lodge for tea and cake. The walk should take around 5 hours and will be at a brisk pace along good paths for the best part of it. Grade: Moderate Distance: 11kms (7 miles approximately) Time: Approx 5 hours Highest point: Slieve Commedagh 767m Terrain: mountain paths and open mountains. After the walk, there will be coffee and cake time in Olive's Bazaar. After which we will make our way back to Belfast International Airport COST: £195 PAYMENT[masked] Your name / N.Ireland Includes: • 2 nights (Friday & Saturday) accommodation in a Guest House / Hostel in the city centre • 2 Breakfasts • All transportation during the weekend: (a) Belfast (Guest House) - The Mourne Mountains - Belfast (Guest House) (b) Belfast (Guest House) - The Giant's Causeway - Belfast International Airport • Services of a Belfast based Hike leader for 2 days Does not include: • Flights to Belfast • Titanic museum entry • Dinners / Lunch Currently, flights on EasyJet are £70-80 London - Belfast International return. So book soon if you want to avail yourself of these rates BOOK ANY FLIGHT BACK TO LONDON THAT LEAVES AFTER 7:30 PM

See all
Robin B. 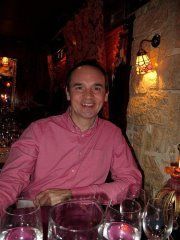 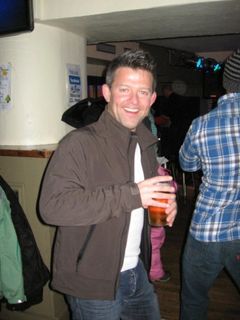 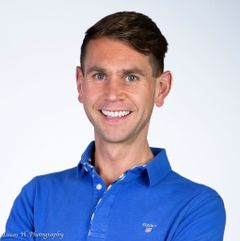 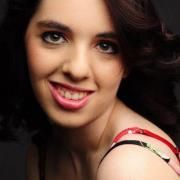 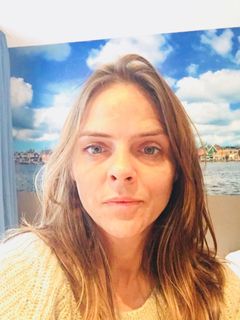 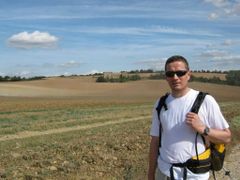 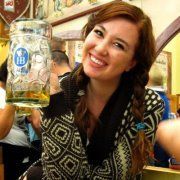 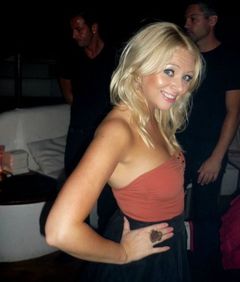 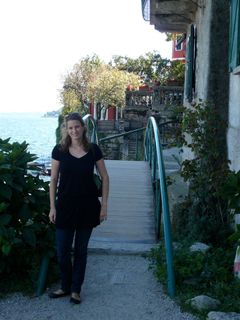 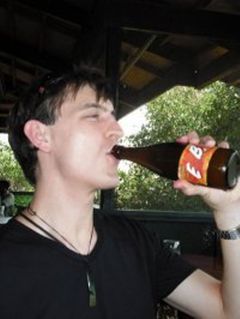 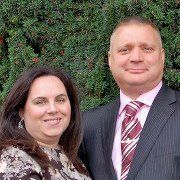 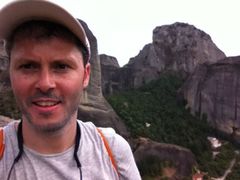 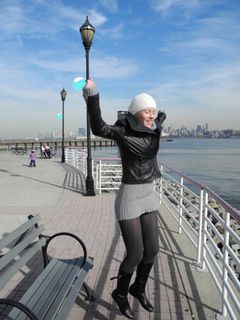 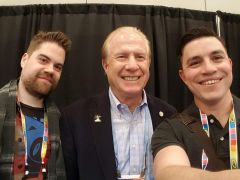