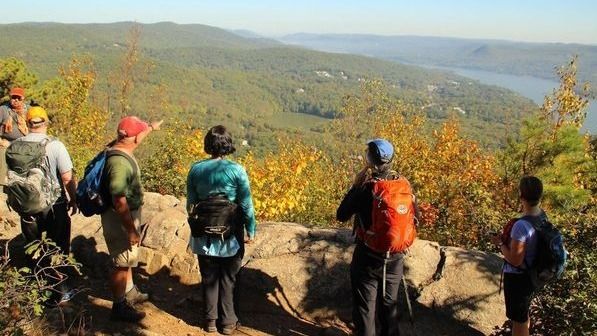 This AMC Adventure Travel trip is full, but there is a waitlist. To apply for the trip waitlist, please see "Additional Information" at the end of this announcement.
-------------

This trip offers a fabulous hiking trek along the Rhine, one of the most beautiful and important rivers in Europe. Our focus will be the “Romantic Rhine”—that portion from Mainz to Koblenz whose beauty was lauded by European poets (e.g. Lord Byron) and painters of the early 19th century. Famous is the poem “The Lorelei” by Heinrich Heine wherein a beautiful maiden sits atop the most dangerous bend in the river and lures boatmen to their doom by distracting them from their urgent duties. The Rhine Valley was recognized in 2002 by UNESCO as a World Heritage site for its unique and stunning landscape, its rich history and numerous historic sites, and its many contributions to the arts.

The Rhine is western Europe’s largest river, flowing the entire length of Germany along its western border, from Switzerland to the Netherlands. For millennia, boats and barges carrying merchandise have sailed up and down the Rhine. This led to the development of many small towns with charming half-timbered houses and gothic churches. On the river banks are dozens of castles, in a greater concentration than found anywhere else in the world. The favorable climate and steep sides of the embankments led to the planting of extensive vineyards featuring Riesling as well as other wine varieties.

Trip highlights include:
● Historic Mainz, with its famous cathedral and Gutenberg Museum
● Eberbach Abbey
● Vollrads vineyard, including a private wine tasting
● Overlook of the Lorelei, the bend in the river that was the terror of Rhine boatmen
● Tours of famous castles, including Rheinfels, Marksburg, and Rheinstein
● Historic and picturesque towns, including Rudesheim, Bacharach, and Boppard
● River cruise from St. Goar to Boppard
● Ruppertsklamm Gorge
● Spectacular views around every bend!

We will hike on paths that are primarily on the eastern bank (“Rheinsteig”), but also ferry across the river to examine points of interest on the western side. The trails are predominantly wooded paths on undulating terrain that lead hikers through forests and vineyards, past castles and monasteries, to spectacular overlooks and points of interest. The Rheinsteig is recognized as one of the most beautiful trails in Germany.

How will travel? Comfortably! We will stay in three-star hotels with two persons/room and luggage transfer between hotels. Your trip leader, Steve Cohen, lived in Germany and speaks fluent German. The price covers lodging; all breakfasts and all but two dinners; all boat and bus transportation; and emergency medical and evacuation insurance.

Requirements: Applicants must be experienced hikers who have done multi-day hiking trips and are capable of doing an 10-15-mile hike at a moderate pace with elevation gains of ~2000 feet for several days in a row, while carrying a daypack of 10-15 pounds including water and lunch.

Cost: The trip cost is $2,975, which includes lodging; all breakfasts and all but two dinners; all boat and bus transportation; and emergency medical and evacuation insurance. It does not include air fare.

Additional Information: For a detailed prospectus with a full itinerary, see https://adventuretravel.outdoors.org/2020/2021.pdf . For more information on how to apply, contact Mike ( [masked] ).