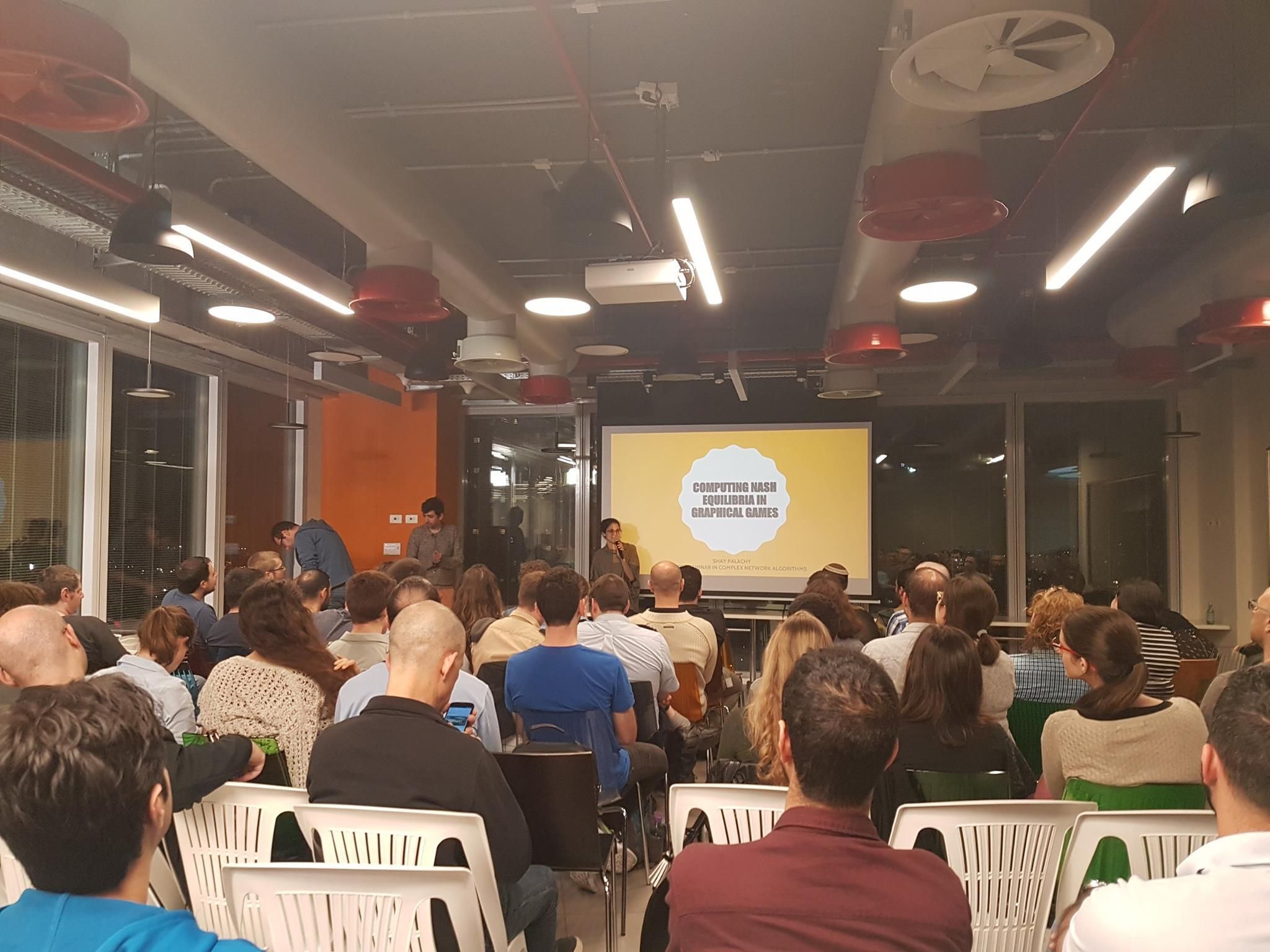 AlgoIL is visiting Herzliya!!
Join us for a special event in Herzliya where we will listen to two fascinating talks about turning radar data into meaningful information, and turning mathematical data into beautiful illustrations 💜

Thanks General Motors for hosting this event!

Radar sensor has become popular in driving assistance systems and autonomous driving applications. It is capable of perceiving both the 3D location and the velocity of objects in the vehicle surroundings. In this work, we used an array of GM's Ultra-Short Range Radar (USRR) mounted on a vehicle, where each radar produces a 3D point cloud of nearby objects. Unlike LiDAR, the radar's point cloud is non regular, sparse and noisy. For these reasons, standard point cloud processing and computer vision techniques perform poorly on such data.
In this talk, I will present our method for low-level data fusion for a network of USRRs mounted on a vehicle. Rather than using traditional fusion techniques, we built a 3D Occupancy Grid to be used at later stages as a basis for path planning, object tracking, perception, mapping and localization.

About the speaker:
Daniel Dobkin received the B.Sc. degree from Ben-Gurion University and the M.Sc. degree from Tel-Aviv University, both in Electrical Engineering. In 2016 he joined GM R&D labs, as an algorithm researcher. Since 2019 he has been working in the Perception group at GM’s autonomous vehicle project, where his role is mainly involved with tracking and sensor fusion. He likes climbing on walls and never refuses a glass of beer!

Do you have a creative side?
Artist in the closet?
This lecture will inspire you to turn math and coding into art.
Witness familiar freshman math theorems turn into stories and beautiful mathematicians’ portraits.
Learn how to use your problem solving skills to create art.
The lecture will include a hands-on tutorial, you will write code that creates art with only a few lines.
Experience Euler like never before.

About the speaker:
Ayelet Sapirshtein is an algorithm developer in the field of computer vision.
After a long day of solving bugs, Ayelet creates art.
And when really mad, she combines the two.
Her works have been displayed in several exhibitions.