September Meetup with Concord.io and Mesosphere 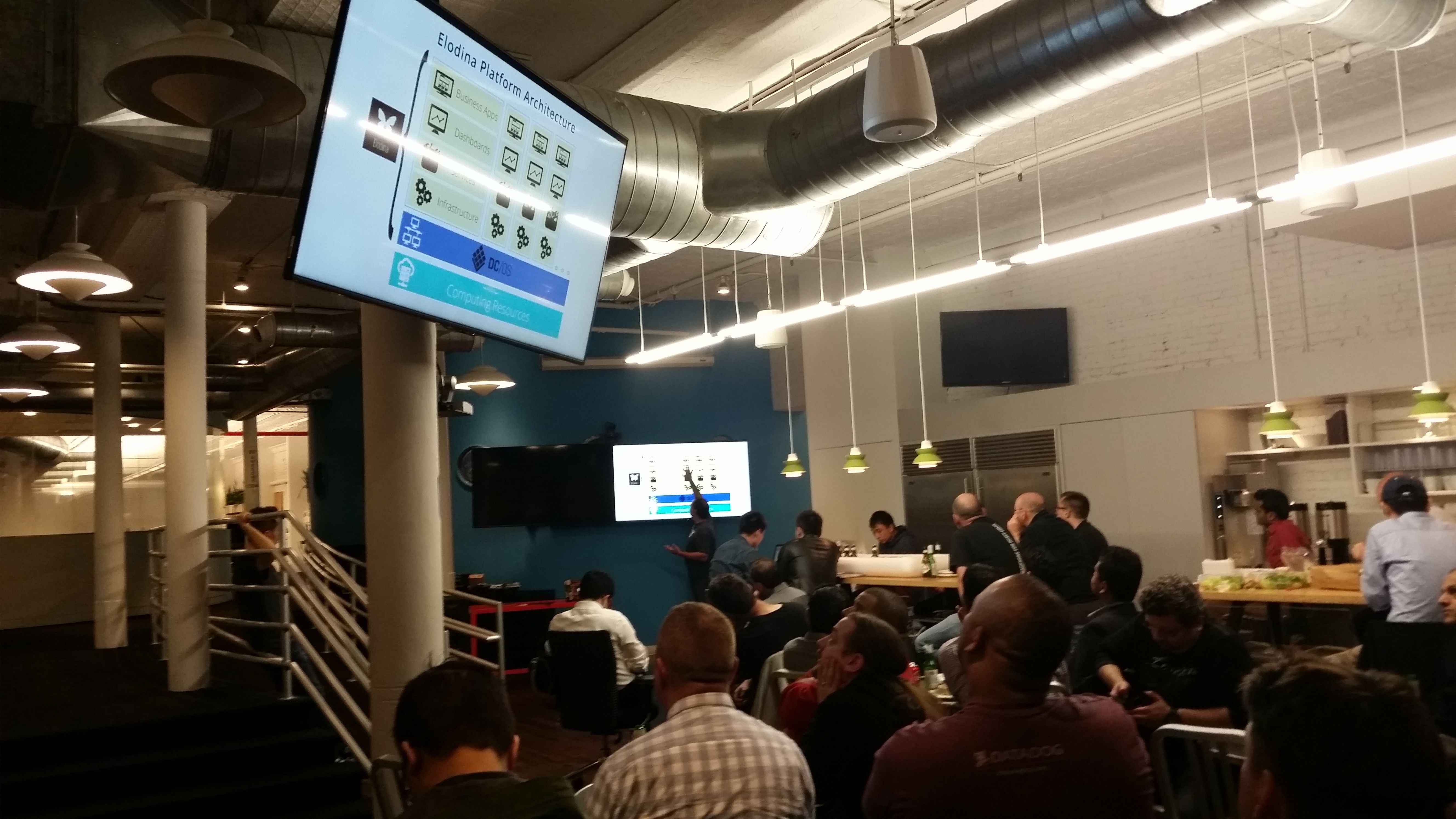 Join us for dinner, beers, and some great talks from Condord.io and Mesosphere.

7:45pm - Beyond Containers: Serverless on DC/OS

Continuous delivery is all the rage these days but without self-healing, highly available, and fault-tolerant infrastructure to deploy your applications to, it’s really only one piece of a much larger picture. Mesosphere has built the open source Datacenter Operating System (DC/OS) around Apache Mesos to provide all the supplementary tooling necessary to take Mesos to a production environment. Jenkins with DC/OS allows you to spin up build agents dynamically, an approach which has allowed companies like PayPal to cut the footprint of their build farms by hundreds of nodes, saving money on infrastructure by increasing utilization and reducing obstacles to providing teams with the resources they need when they need them.

This talk will be presented in two parts: * First, Roger Ignazio will provide an overview of the Apache Mesos project, and why DC/OS is the best way to run Mesos in a production environment, citing real-world examples. * Second, Sunil Shah will demonstrate how to use the stalwart continuous integration server Jenkins on top of DC/OS for both elastically scaling your CI infrastructure and continuously deploying applications on top of DC/OS.

Sunil Shah is an engineering and product manager at Mesosphere working on tools and services around the Apache Mesos project to make the lives of developers easier. Before joining Mesosphere, Sunil worked at music recommendations service Last.fm and completed a master’s program at UC Berkeley in EECS, working on real-time processing of images collected from drones. When he’s not flying drones around, Sunil likes to cycle, camp, hike, ski, and play a large drum.

Roger Ignazio is a tech lead at Mesosphere and the author of "Mesos in Action." He has spoken at several conferences, including MesosCon, ContainerCon, and PuppetConf, primarily about the Apache Mesos project and continuous delivery. His professional interests include distributed systems, fault tolerance, and great user experience. In his free time, he enjoys photography and the outdoors. He lives in Portland, Oregon with his wife Sarah and their two cats.

Concord is a stream processing framework built in C++ on Apache Mesos. Concord currently runs 10X throughput compared to Apache Storm or Spark Streaming at milliseconds of latency. In this talk, we will present what Concord looks like under the hood and how Concord can provide its performance at scale and its dynamic deployment model using libevent, folly, and Mesos.

Alexander Gallego is the cofounder and CTO of Concord Systems. Previously, he was the first Engineer at Yieldmo where he led all engineering initiatives as the company scaled to process over 10 billion events per day. Before then he was Systems Engineer at FactSet. Alex studied Computer Science with a concentration in Cryptography at NYU.