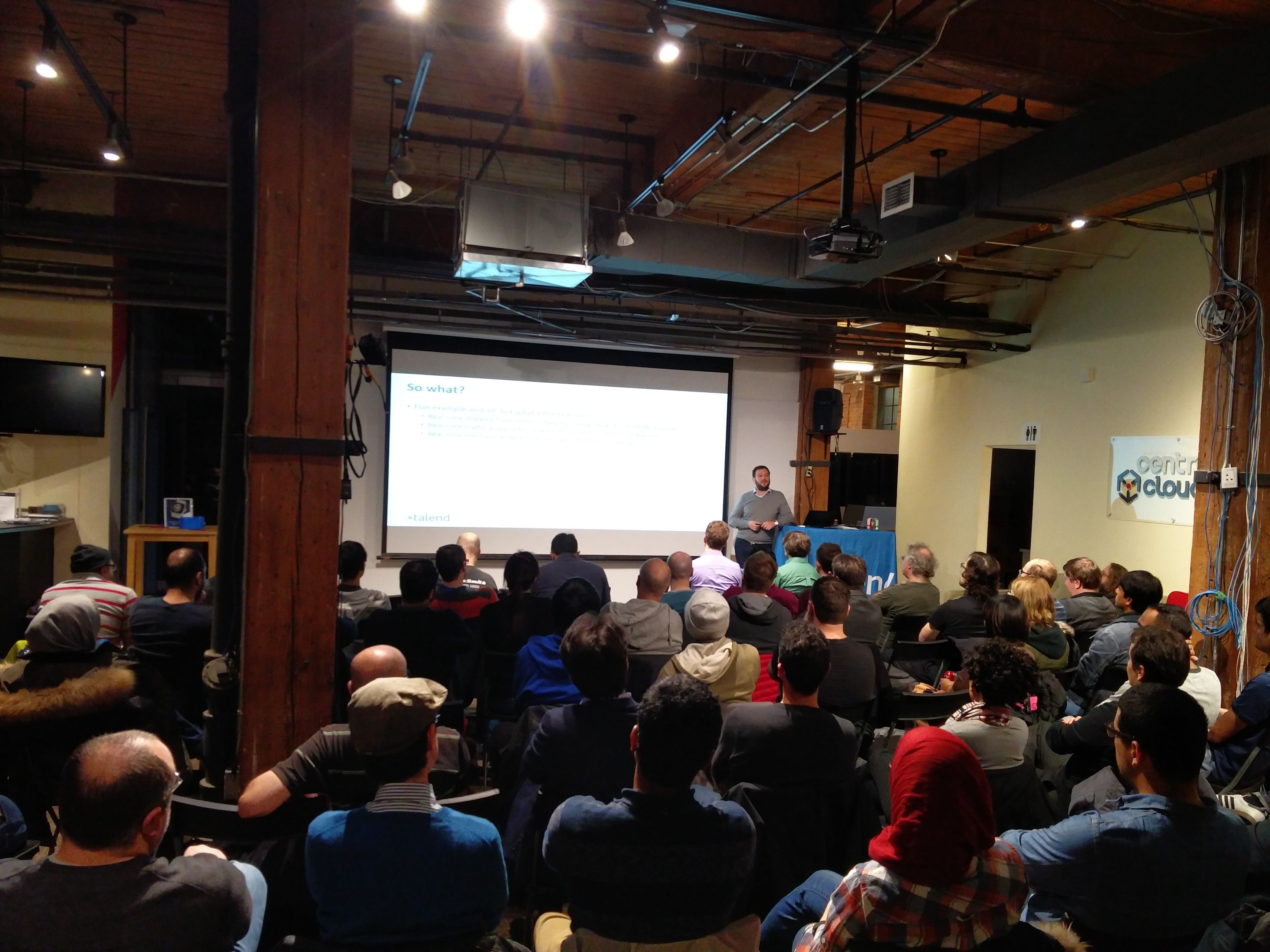 Big Data Montreal would like to invite you to its 46th meeting!

Join us on Tuesday February 23d 2016 at 6:00PM to attend a conference, as well as to network with other Big Data enthusiasts from Montreal!

This meetup is a joint event with the Cassandra Montreal User Group (http://www.meetup.com/Montreal-Cassandra-Users/events/228231789/) and will be in English.

We will be joined by Hanneli Tavante who is a developer addicted to code, learn new programming languages.

What You'll Learn At This Meetup:

Why bots? Bots can be used in many scenarios - auto replies on IRC, Slack, Github and so on. But bots can also be used to help you on daily tasks!

Depending on your routine, smart bots may be able to reply emails, answer questions on chat, remind you to do some activities and so on. Bots can be much more than a Devops Friend tool!

This talk is going to talk a little bit about how to identify situations that a bot could help you, possible ways to build them, the challenges and the some things that may go wrong.

- Bots: helping me to avoid some mechanical or repetitive tasks since 2009

- Interpreting the results - applying some mathematics on it

- Where could you apply this idea?

- Notes on security and other issues

*Food and drinks will be served. Hope to see you there!

Hanneli (@hannelita) is a developer addicted to code, learn new programming languages, blow capacitors, do some C programming and commit useful (or not) code for random Open Source Projects that she finds at Github. She tries to help community with blog posts and organising NoSQL, programming languages and Math/Physics/Science meetups around the globe. She also likes Math, Lego, dogs, hardware and coffee.