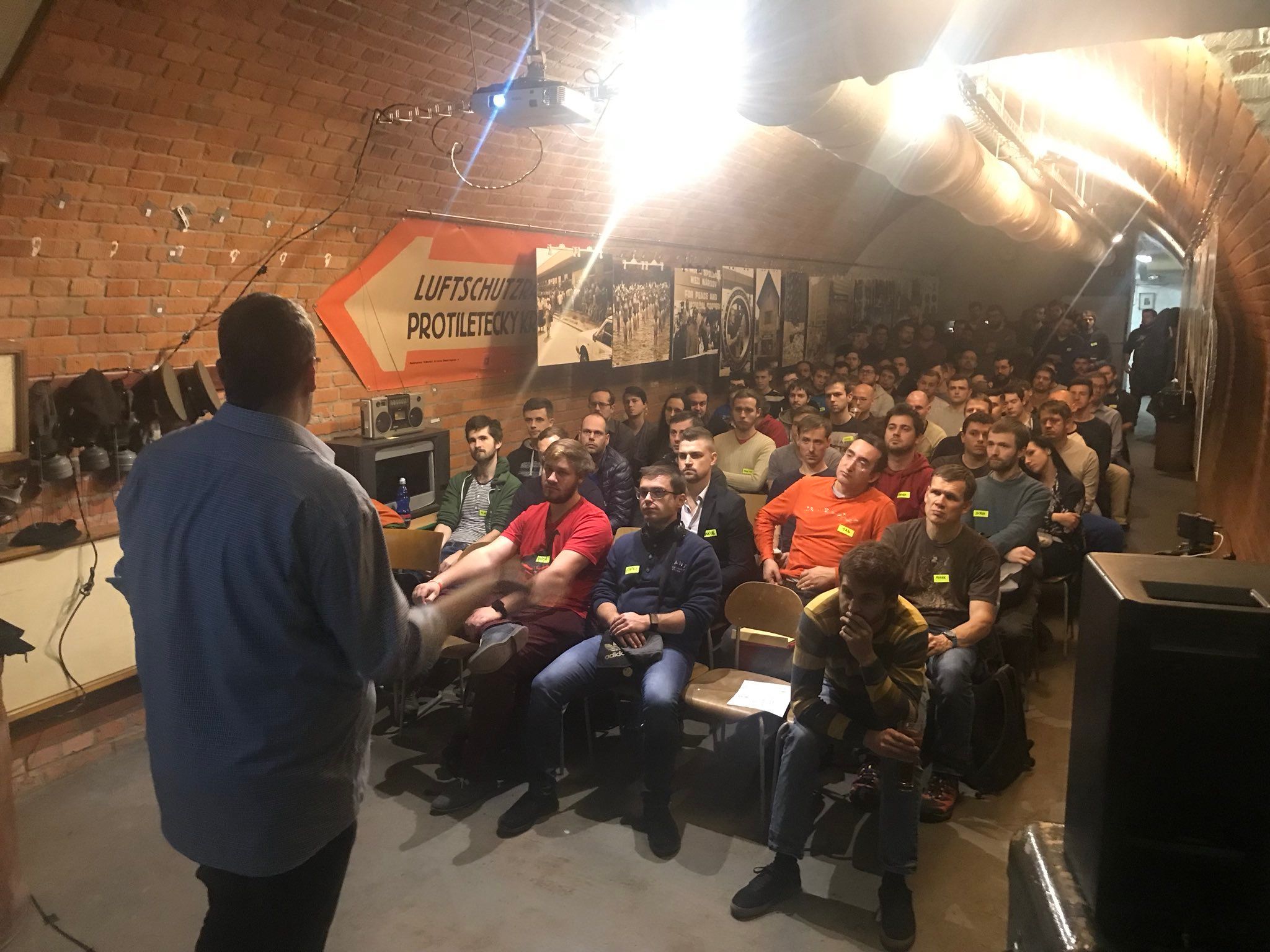 Join the next Blockchain meetup in Brno, this time with talks on Holochain, the Maths behind Bitcoin and blockchain and crypto assets.

Jakub has studied IT at FIT VUT in Brno, following up with psychology at FSS MU. During his work on a mental health related peer-support project, he became intrigued by the concept of "non-evil reputation systems" and in mid 2017, he discovered Holochain as a perfect technological fit. Since then he's participated in several Holochain hackathons and conferences related to p2p economies, learns Rust & WebAssembly (leading a workshop series in Paralelní Polis) and now works on building a Holochain developer community in the CZ.

"In this talk, we will get introduced to the basic premises of the Holochain technology, have a quick look under the hood of the technological implementation and touch upon possible use cases.
Holochain is an open source software library, providing a way to build and run distributed peer-to-peer applications. It isn't a blockchain per se - it doesn't operate with global consensus. From the technological point of view, it combines hash chains (every agent has own chain), DHTs (distributed hash tables) and cryptographic signatures. An amalgamation of Git, BitTorrent, in a simplistic analogy. It is "agent centric" in a sense that every agent has their own hash chain, whereby their data are signed (or countersigned for transactions involving others) and then shared to a DHT, where every node runs the same validation rules inherent to the hApp. If the rules are broken, the data is rejected. This predisposes HCH for different use-cases than blockchain, for whose it allows for more efficiency, scalability and extendability. It is implemented mainly using the Rust + WebAssembly technology, but the hApps can be developed with any language with WASM as a compile target.

Holochain team's philosophy is closely aligned with the regenerative economy conceptions, local currencies, platform cooperativism etc. This is also reflected in their approach to design and conceptualizations inspired by biological systems to an extent. The talk will end with a 15 minutes Q&A video call with one of the Holochain developers."

19:30 — *Maths Behind Bitcoin by Robin Cussol, JS developer at Kiwi.com with a PhD in Mathematics*

During this interactive talk you will learn about the fundamentals of the mathematics involved in Bitcoin and other similar cryptocurrency systems. Specifc topics covered will include Elliptic Curves and how to calculate a public key from a private key using maths.

Martin Saip is a FinTech and AI enthusiast; interested in blockchain, as well as machine learning, especially quantum ML.
He currently works as Kershner Trading Group's Trading bot architect and as a Quantum computing consultant for the Czech Academy of Sciences.
Keen into progressive technologies, his involvement with the cryptocurrencies and cryptoassets has begun back in 2013, continuing to this day. Since 2017, Martin also keeps track with the latest progress towards the AGI.

We will look at how blockchains use modern cryptography to secure assets and, in some cases, even hide information. Then we are going to contemplate the future of various distributed ledgers, including, of course, the blockchain, as well as their cryptographic schemes, thinking about their security, efficiency, user-friendliness and even understandability & ease of implementation, which go hand in hand with scrutinisation and length of use (these 2 determine, among others, how much a particular cryptosystem is adopted).