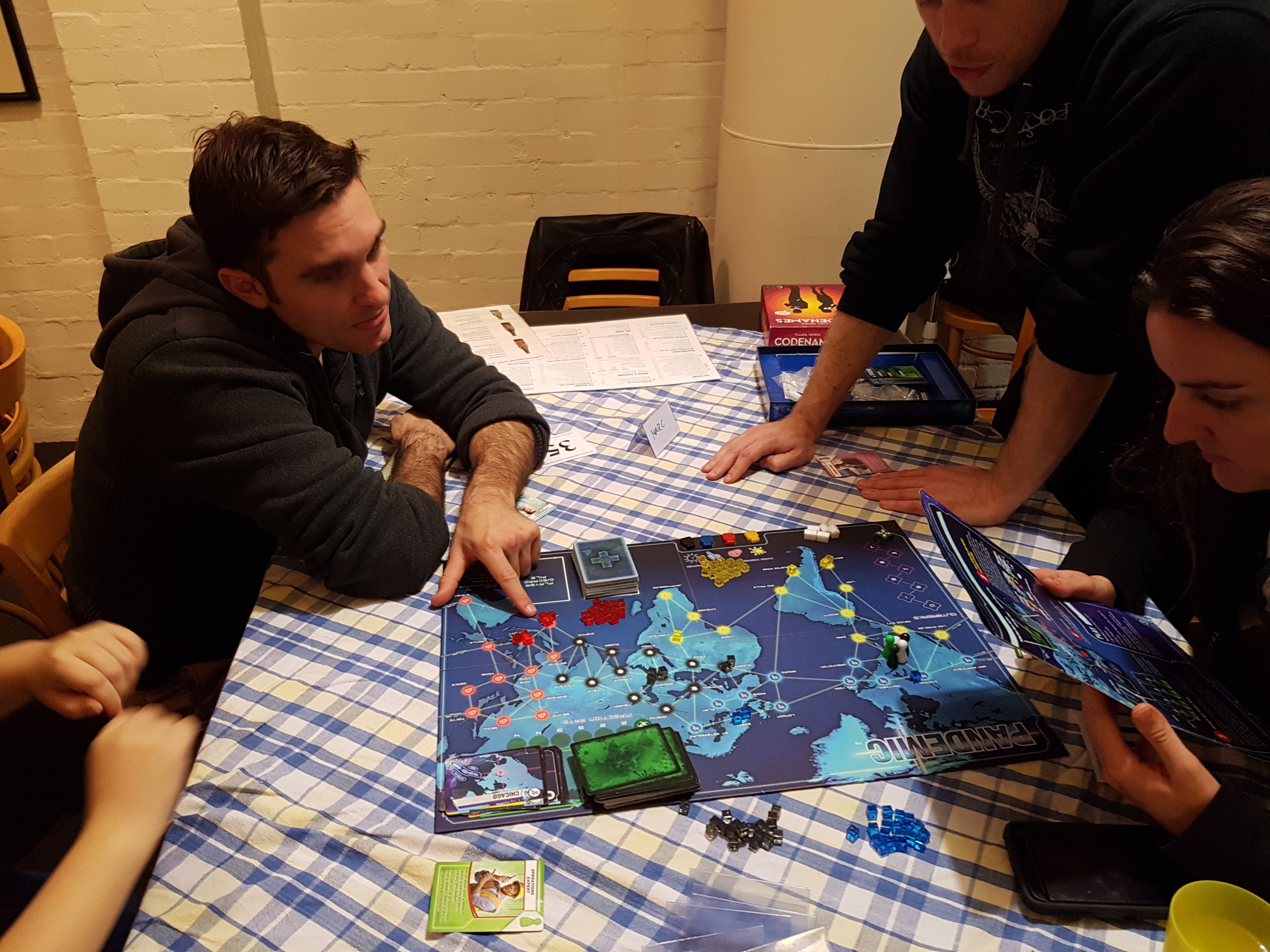 Gamers@Dockers meet up every Thursdayat the Games Laboratory store. Entry is free, what more can you ask for!

Gamers@Dockers welcomes anybody who wants to have a fun night playing some modern, mostly strategic, board games. There are no rules around what we play, however you are more likely to stumble across us playingEurogames than anything else (see below for details).

Gamers@Dockers was born in 2004 and has continued as a weekly event ever since. In 2013 it relocated from its historical place of residence in the Docklands. The name may no longer make sense, but its part of the charm.

Did I mention its free and that its every Thursday to satisfy that gaming itch!

When should I get there?

Dockers starts around 6 pm (with most people, like me, arriving 6:20 pm) and continues until Games Laboratory closes (usually around 10:30 pm).

We typically allow plenty of time for people to arrive and play lots of short 5 to 30 minute games until around 6:30pm when we aim to kick off the longer games.

If you think you will arrive later than 6:30pm it helps to let us know to avoid missing out.

Just look for the people with board games in front of them and there's a fair chance its Gamers@Dockers - just ask - or join in any game being played...really, its all pretty open.

Games Laboratory is open much earlier than 6 pm if you want to arrive early and make a day of it.

As I said, we mostly playEurogames.

• What does that mean? Clickhere (http://www.meetup.com/Boardgames-group-party-and-strategy-games/pages/Euro_Games_%3F_What_are_they_%3F).

• Still not sure, check out the games we playhere (http://www.melbournegamers.com/viewtopic.php?f=3&t=1503).

We tend to be a fairlyexperiencedbunch of gamers and there are so many new games coming out all the time that we tend to not play many of the beginner or gateway games such as: Ticket To Ride, Settlers of Catan, or Carcassone. However, almost every week we are trying out a new game, so we arewilling to teach gamesand we are more than happy to have new players along to learn how to play with us. Who knows what awesome new game you haven't tried yet.

We do also play morethematic and luck orientated games, it just depends on the night.

The only sort of games you aren't likely to see are the general mass market or party games such as Monopoly, Pictionary, Jenga or Risk. We are more than happy to teach you something new and exciting instead.

Games Laboratory also has its own selection of games to borrow for a gold coin donation.

Directions, Parking and Other Useful Information

• Street parking available, however it is metered until at least 7:30pm (approx. $5.50 per hour) and the meters are only 1 hour meters.

• There are multi storey car parks close by with all night parking for $8 from 5pm.

• There are snack foods and drinks sold in the store (at pretty reasonable prices).

• Please respect that this is a place of business, however there are plenty of friendly gamers in here either as part of Dockers or as part of Games Lab regular customers.