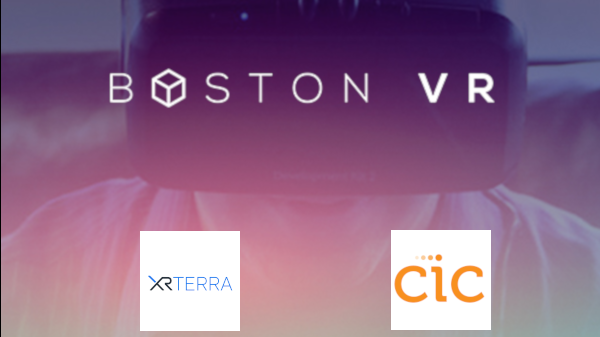 Join us for an evening of lighting talks and demonstrations on VR and AR for Museums. We'll have a big crowd from the museum professionals community and VR/AR makers.

We have the lineup, now, with details coming soon. If you have a talk or demonstration you'd like to contribute, let us know!

(KEYNOTE) EXPERIMENTATION WITH AR IN MUSEUMS
Dan Sullivan is a the Head of Growth & Partnerships at Cuseum, a company that works with museums and cultural institutions to help them better engage visitors using digital tools. One of the core components to Cuseum's approach revolves around experimentation. Dan will be discussing some of their experiments in the museum space using augmented reality to challenge the traditional museum experience.

ENVRMNT BY MICHAEL SULLIVAN
AR and VR technology innovation at Verizon.
From advertising, to wayfinding to curating a digital experience. Enrvmnt offers a virtual world that excites visitors with new ways to explore, discover and learn.

HOLOMUSE AND ARTLENS BY ORIT SHAER
We will present two AR applications, HoloMuse and ARtLens, developed by the Wellesley HCI Lab in close collaboration with the Davis Museum. Our goal is to allow users to engage with museum artifacts in novel ways and to enhance object-based learning. We will also present findings from investigating the impact of these applications on learning and engagement with college-level art history and archeology students. Orit Shaer is an Associate Professor of Computer Science and director of the Media Arts and Sciences Program at Wellesley College. She found and directs the Wellesley College Human-Computer Interaction (HCI) Lab.

LOREBOOKS BY ALAN FOSTER
Alan Foster will discuss the biggest problems facing libraries and archives, and how augmented reality can be used to solve them.
His talk will include the results of MIT Media Lab research into the use of terahertz radiation scanning to scan rare books into holograms, and discuss how head-mounted displays can make mixed collections easier to navigate.

ROTU BY JASON PARKS
ROTU Entertainment and Media, Ltd., (“ROTU”) is a VR content development start-up focused on new VR game mechanics and audio implementation techniques to deliver realistic immersion. Our flagship products are musically inspired episodic VR games called, Rhythm of the Universe. We will discuss how immersive media and haptic technologies are reinventing art and museum exhibits to attract future generations. ROTU will discuss the use of its existing content to create a compelling exhibit.

VR & AR FOR CULTURAL HERITAGE IN MUSEUMS BY JEFFREY JACOBSON
For centuries, museums have provided as much context as possible for their historical artifacts. Physical devices are helpful, like writing a good plaque, grouping the objects, building visual dioramas, and later, audio tours have become popular. Augmented Reality (AR) is a way to provide an interactive and radically more informative context for the physical objects. With AR we can see "inside" them, see them situated in recreations of their cultural context, and click-though to the entire internet's worth of information about it. Similarly, Virtual Reality (VR) can re-create lost or distant cultural environments, which we can interact with. Dr. Jacobson will survey what is possible and briefly introduce his own work in this area.

THE DREAMING SPHINX by ARCHIMEDES DIGITAL
The "Dreaming the Sphinx" augmented reality app recreates the context of the Dream Stela and the Sphinx at different points in time and allows the visitor to stand virtually in front of the text, between the legs of the Sphinx itself. It also provides information about Thutmose IV and this stela, the Sphinx, and the great archaeological site of the Giza Pyramids.