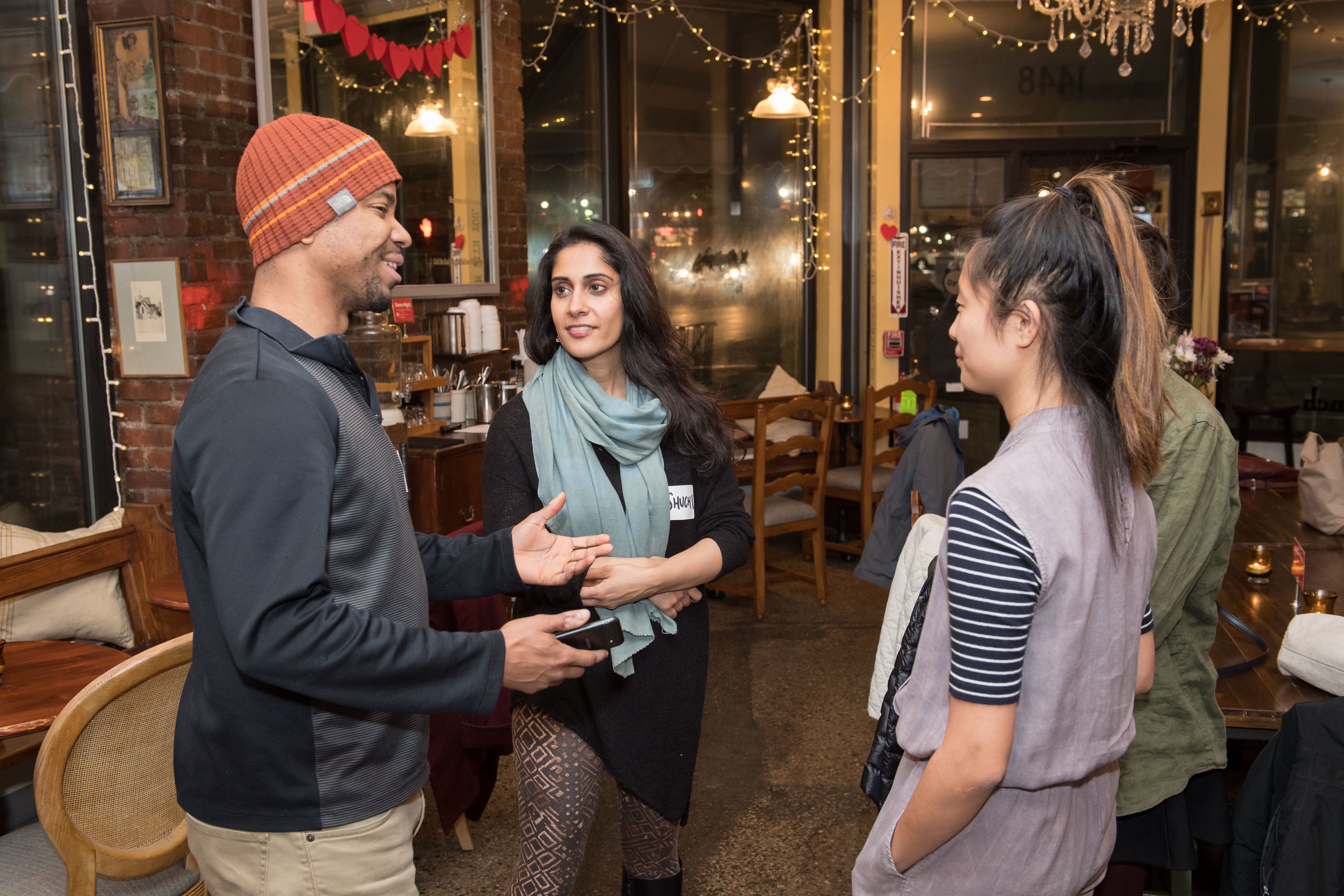 We're honored to host editors of color from an array of excellent literary magazines, including The Baffler, Solstice, PALABRITAS, Transition, CRAFT & Montag Press, Storyscape, and Redivider. Come ready to meet local editors who look like us, and hear their advice for submitting prose and poetry to their magazines. A previous, similar session in 2017 led directly to some publications. Food and drinks will be served. We will be in ROOM 5!

Check out the some of our panelists' bios below!:

Franny Zhang is a fiction writer whose work has appeared or is forthcoming in Solstice Literary Magazine, Mount Hope Magazine, and The West 21st Review. She is also at work on an opera libretto for a 2019 premiere with Guerilla Opera. She is the Managing Editor at Solstice Literary Magazine and the Content Lead at a medical-legal nonprofit. Her education includes an MFA from Columbia University and a BA in Psychobiology from Swarthmore College.

Ruben Reyes Jr. is a senior at Harvard University and the co-founder of PALABRITAS. His writing has appeared in The Florida Review Online, The Harvard Crimson, Pidgeonholes, and other publications. He is starting his MFA in Fiction at the Iowa Writers' Workshop in the fall.

Nicole Terez Dutton's work has appeared in Callaloo, Ploughshares, 32 Poems, Indiana Review, and Salt Hill Journal. Nicole earned an MFA from Brown University and has received fellowships from the Frost Place, the Fine Arts Work Center, Bread Loaf Writers’ Conference, and the Virginia Center for the Creative Arts. Her collection of poems, If One Of Us Should Fall, was selected as the winner of the 2011 Cave Canem Poetry Prize. She lives in Somerville, Massachusetts where she served as the city’s inaugural poet laureate. She teaches in the Solstice Low-Residency MFA Program and is an editor at The Baffler and Transition Magazine.

Albert Liau is an editor at Montag Press, a niche/nano publisher based in the San Francisco Bay Area with an expanding, eclectic catalogue spanning a range of literary and genre fiction. Albert is also a reader for CRAFT, an online literary journal featuring fiction that deftly employs the elements of, well, craft. In his own creative pursuits, Albert draws upon Cognitive Linguistics to use language playfully and precisely in fanciful short stories.

Alyssa Songsiridej is a writer and editor living in Cambridge, MA. Her writing can be found or is forthcoming in The Offing, StoryQuarterly, Columbia: A Journal of Literature and Art, and QWERTY Magazine. Her work has been honored by the Virginia Center for the Creative Arts, the Ragdale Foundation, and the Vermont Studio Center. She is also editor-in-chief of Storyscape Journal, where she gets to fool with truth and untruth.

Tatiana M.R. Johnson is an MFA candidate in poetry at Emerson College and a writing instructor in the Boston area. She works as a poetry editor for the literary journal Redivider and is a 2017 Pushcart Prize XLI nominee. Her writing explores identity, trauma, especially inherited trauma and what it means to heal. Her work is forthcoming in Santa Clara Review, Harvard University’s Transition Magazine and is on display at Boston’s City Hall as a part of the 2019 Mayor’s Poetry Program. She has been published in Fog Machine, Hypertrophic Press, Maps for Teeth Magazine, Madcap Review among others. She has also performed at the Boston Poetry Slam and the Bowery Poetry Club. Her self-published collection of poems “for the love of black girls” is available on Amazon.