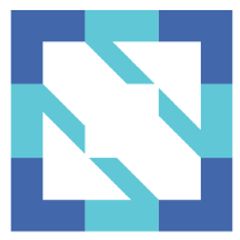 Organized by Gianluca A.


This is a group for anyone locating in Turin interested in a new computing paradigm that is optimized for modern distributed systems, targeting to containerized and microservice-oriented applications. Topics to be discussed are all around open-source projects hosted by Cloud Native Computing Foundation (CNCF), Kubernetes, Opentracing, Prometheus. This group is run to support the CNCF Community. All skills levels are welcome.

CNCF is a branch of The Linux Foundation focused on Cloud Computing and modern scalable architectures. it's supporting tools like Kubernetes, Prometheus, containerd and so on. If you are using one of them or you are looking to know more about them, this is your meetup. Join us! hashtag #CNCFItaly on twitter.

Running containers is great, and it is usually fairly easy to get them up in the cloud. Sometimes you still need to run them somewhere else, you still have some servers in your data centre that haven’t reached end of life, or you want to tinker at home to automate everything. Come join this session to see how I deploy Home Assistant, PiHole, and some other services on my home cluster using Amazon ECS Anywhere and Terraform with Traefik for proxying and SLL certs. This will be a hands-on show & tell session, and I’ll cover some of the config that caused some head scratching when I set it up the first time.

Cobus is a Senior Developer Advocate at AWS empowering developers know and understand how best to use AWS. His primary interests are in security, containers and DevOps. Prior to joining AWS, he was a customer for 8 years building in the FinTech, HealthCare and Online Gaming space. During his 14 years of development, he has worked on C#/Java backends, done a bit of Android / iOS app development and some game development, one which is available on Steam. In the last few years he has focussed on spreading DevOps best practices and helping companies adopt them. He is also passionate about community involvement and founded the Cape Town DevOps Meetup group in 2015 and co-organises DevOpsDays Cape Town.