We're creating community around arts, crafts, movement and culture activities. We're based at 1450 Ocean, the Camera Obscura building in Palisades Park just north of the Santa Monica Pier, perched on the bluffs overlooking the gorgeous seaside vista. If you find yourself on the Westside of LA we're easy to find (just go as far west as you can before the PCH!), and parking is a breeze at Structure 6 on 2nd St between Broadway and Santa Monica ($1 for 2.5 hours) or at the Civic Auditorium for $5 all day (unless there's an event there, 1855 Main) - more info at http://parkme.com/santa-monica-parking . Buses that serve 1450 Ocean include Routes 1, 2, 8 and rapid 10. Visit bigbluebus.com for more information. Biking to class is always encouraged! Polish your writing, take a better picture, make paper out of junk mail, knit a hat, sew a seam, and find other artists and movers!

We post free and fee workshops with local artists and visiting master craftspeople, as well as ongoing yoga, dance, and other active classes.

Every second Saturday we offer a free Craft Lounge where folks can gather to work on their projects and exchange knowledge in a beautiful setting. Tea and snacks, free mini workshops, and some tools and materials will always be on hand (sewing machines, knitting equipment, paper, scissors and glue) + often guest artists drop by to show us their craft! If your existing arts/crafts guild or meetup wants a place to meet, we are often available - email us!

Try your hand at something today!

Saturday 6/6, 1pm - 3pm Cost: $5 To register, click on the link or cal[masked]. http://apm.activecommunities.com/santamonicarecreation/Activity_Search/80555 A compounding loop (sometimes called a “weaving” loop) is a complex cycle of hand drawn animation in which an animator recycles a finite amount of frames to draw a progressively longer sequence of linear movement/growth. Participants will be introduced to the work of Adam Beckett, Volvulent, and Caleb Wood as examples for how best to approach the process. The remainder of the workshop will be spent drawing and refining an eight frame sequence to be photographed and screened at the end of the hour. It is encouraged that participants have some experience with drawing and animation, though it is not required. Matt Reynolds is primarily recognized for his surreal and psychosexually charged work as an animated filmmaker and sculptor. His films (Hot Dog Hands, Sport in the Land of Plenty, Bottom Feeders) have won awards at The San Francisco International Film Festival, The Anim'est International Film Festival in Romania, and the Ann Arbor Film Festival, and have screened at such festivals as SXSW, AFI Fest, and the Annecy International Animation Film Festival. He has also designed and directed commissioned work for clients like The Atlantic, Adult Swim, TED Ed, and Fox Sports. As a teaching artist he has taught experimental animation techniques and the principles of "World Building" to a diverse age range of learners (from 4th graders to graduate students at CalArts) around the greater Los Angeles area. Camera Obscura Art Lab is a program of Santa Monica Cultural Affairs #ArtSaMo

Sunday 6/7, 10am - 12pm Cost: $5 To register, click on the link or cal[masked]. http://apm.activecommunities.com/santamonicarecreation/Activity_Search/80574 Sapokbaji is the most common style of pants in Hanbok. Mostly wore by men, this loose and comfortably fitted pants were held by three separate bows. Learn basic construction for the pant in a smaller scale; the pattern will be provided, however, it can be used for a larger size garment by simply expanding scale-by-scale. Basic understanding for hand sewing is required. You can bring your own sewing machine if you are accustomed to using it. Korean American Artist Chuck Hohng was born in Long Beach, California, but spent most of his early life growing up in his family's native home in South Korea. He received his undergraduate degree in Fine Art from the University of Southern California, and received his Master of Fine Arts from acclaimed Art Center College of Design in Pasadena. His work has been exhibited both domestically and internationally including Los Angeles, City of Manhattan Beach, Redondo Beach, San Francisco, Paris, London, Dubai, Osaka, Gwangju, and Busan. Not willing to settle on just one form of media, his art pieces run the gambit from incredibly intricate reductive linoleum prints, to giant 10 foot bears composed of drop clothes canvas and balloons, to hauntingly beautiful video imageries. His recent ongoing project Knoxon Dahl, which phonetically means 'Rusted Moon' in Korean, creates objects that reflects his lifestyle aesthetics. From his teddy bears, seeds for garden, to bespoke Hanbok, traditional Korean attire, Knoxon Dahl spotlights curiosity toward nature, multiculturalism where aspects of different cultures are presented in parallel existence with respect to each elements, without hierarchy. Camera Obscura Art Lab is a program of Santa Monica Cultural Affairs #ArtSaMo

Pictured: Michael Caan and Jami Hewitt Sundays 4/26, 5/10, 5/24, 6/7, 6/28 & 7/12. 2-4 pm Cost: $90 - $20 drop-in fee available. http://apm.activecommunities.com/santamonicarecreation/Activity_Search/80612 This class meets for six Sundays 4/26, 5/10, 5/24, 6/7, 6/28 & 7/12. January 12, 2020, the Camera Obscura Poetry Workshop with Dinah Berland will launch its fourth year at the Art Lab. What a better way to start off the new decade than to write some new poems! Members of the class will meet for six sessions on alternate Sunday afternoons to read poetry by a diverse selection of master poets, analyze the work to see how it was made, write new poems in response to prompts in class, and practice polishing their own drafts. Poets at all levels are invited join, or rejoin, the ongoing band of Camera Obscura Poets and let the new poems emerge! Dinah Berland is a widely published poet with a background in art. Her poems have appeared in more than two dozen journals, including The Antioch Review, The Iowa Review, New Letters, and Ploughshares. She earned her MFA in Creative Writing from Warren Wilson College, received an Individual Artist’s Fellowship in Poetry from the California Arts Council, and in spring 2017 was Writer in Residence at the Annenberg Community Beach House. She is the winner of the 2019 WaterSedge Poetry Chapbook Contest for her chapbook Fugue for a New Life, out in late April 2020.

Second Saturdays, 11am - 2pm Cost: Free! To register click on the link or call[masked]. https://www.eventbrite.com/e/sewing-upcycle-lab-craft-lounge-tickets-99086970797 Improve your sustainability practices by learning to sew and mend by hand or machine. Create basic projects like: bags, pillow cases, simple quilts, zippered pouches, aprons. Participants can learn how to use a sewing machine, make simple patterns and can bring individual projects to alter or upcycle. Sewing machines and supplies are available to share or bring your own. Suggested supplies: scissors, sewing machine, a specific thread color, a project you’d like help with or an idea for a project. A monthly no-host gathering where you can bring your current project to work on around a community of like-minded makers. If you don’t have a project yet no problem, The Camera Obscura Art Lab is fully equipped with shared knitting, crochet, collage and drawing materials as well as ample table space for you to develop your own venture! Kim Speth is a Textile Artist & Fashion Designer who learned to sew in her 7th grade Home Economics class and was gifted a sewing machine by her grandmother which became her joy and passion. A designer and clothing manufacturer in the fashion industry, Speth taught fashion design and clothing construction to high school students. Andrea Morgenstern is a graphic designer, costumer, and crafter that enjoys, leather crafts, prop making, mending, renewing, repurposing, renovating and upcycling. She loves to empower others by sharing her DIY knowledge. Directions and Parking: The Camera Obscura Art Lab is at 1450 Ocean Ave on the west side of Ocean just north of Broadway. By Metro - 4th St. Santa Monica Downtown stop, walk two blocks west to Ocean and 1.5 blocks north from the Pier entrance. Parking is $6 or less for 3 hours in Parking Structure 6 (2nd between Broadway and Santa Monica), and $5 on weekends at the Civic Auditorium lot just down Main Street at 333 Civic Center Dr. Meters on Ocean Avenue; $2/hr maximum 3 hours. More info: smgov.net/parking. Buses: visit bigbluebus.com or metro.net for more information. Bike share lockup just south of us in the park; for personal bikes remember to bring a strong lock. Camera Obscura Art Lab is a program of Santa Monica Cultural Affairs #ArtSaMo 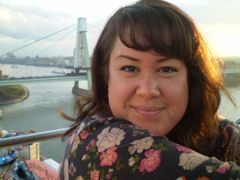 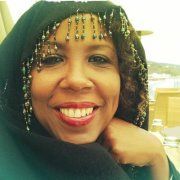 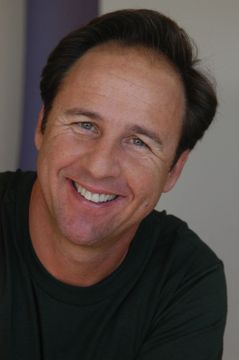 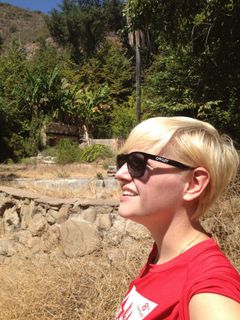 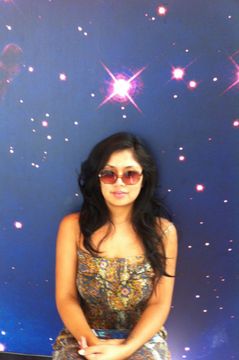 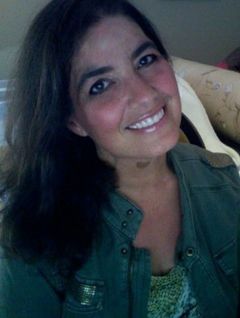 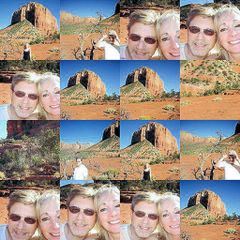 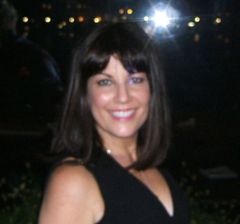 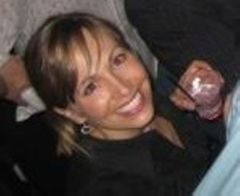 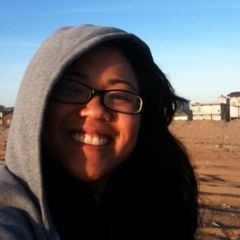