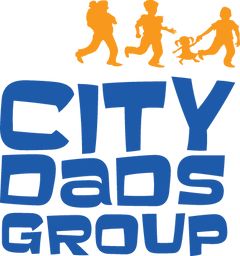 
Chicago Dads Group is a diverse community of fathers who take an active role in our children’s lives. We seek to create an online meetup group to bring fathers together in person. We'll meet several times per week, with our kids, at parks, playgrounds, museums, nature centers, and parent-and-me classes across the Chicago-land area, both city and suburbs. We'll also organize parenting workshops and dads-nights-out to give our members an opportunity to socialize, learn, and support each other as we navigate parenthood. There are not enough resources, social groups, or services for dads. This is a destination for active dads! A diverse group with dads of all stripes: Stay At Home Dads, Dads with flexible schedules, work from home dads, freelance dads, working dads, and involved fathers in and around the Chicago-land area to socialize and interact with other guys who enjoy spending quality time with their children.

Please note: this group is strictly for Dads, we understand sometimes wives will join for their significant others but we encourage them to join on their own accord. We want this group to be a comfortable place for Dads to learn and talk about anything dad related.

Chicago Dads Group is part of the City Dads Group national organization, a dynamic and diverse community of fathers dedicated to being active in their children’s lives and, by example, redefining what it means to be a dad in the 21st century. We have groups centered around major metropolitan areas throughout the United States. If you have any fatherly friends and/or family who live within a 100-mile raduis of any of the following cities, please do let them know about these other Dads Groups and ask them to join. Find them all here at www.citydadsgroup.com/cities

Being part of Chicago Dad Group has its advantages! Thanks to one of our long time members, he has helped us get free tickets to #chitag by using promo code MEDIATIX

This is a family outing for you to take advantage of if interested, but from our past experience it is very difficult to actually meetup at this event so we are not going to even try and just share the information for any other families interested in coming too.

This is the start of our 20th anniversary and we are celebrating! Our Holiday Chicago Toy & Game Fair (formerly at Navy Pier and now in the Rosemont Convention Center) - North America's largest toy & game fair open to the public with experiential and immersive events, interactive exhibits and activities for all ages is rolling back the prices to 2003!

Here are just a few of the highlights this year!
Activities for the whole family!
G﻿iant Jenga
Gel Blaster Activation!
Magicians and Characters
O﻿scar Mayer Wienermobile!
Beer and Board Game Garden!
Booths with new and hot toys and games!
Girl Scouts of Greater Chicago and NW Indiana Event on December 10th!
Boy Scout Event on December 10th!
2022 U.S. National Rummikub Championship - Register Now!
Chicago Blackhawks Inflatable Rink - Play (Safe) Street Hockey!
Make it a Holiday Staycation Weekend in Rosemont - Enjoy the Fair and More! We have terrific hotel rates for the weekend! Bring the Scout Troop​​, ​your ​extended family, friends - make it a holiday​ weekend staycation​ to remember! ​So much to do! ​Toy & Game Fair, Free Skating Rink, Sparkle Lights Festival, Fashion Outlet Mall, Indoor​ ​SkyDiving, Dining Options for Everyone​ and More! ​
P﻿lease share this invitations with your friends and family!
Are you a Girl Scout, Boy Scout, Firefighter, Police, Military (Vet or Active), Educator, Librarian or Grandparent? Check out our ticketing page for more information on qualifying for free admission.
Tickets registration provides access to the Fair either Saturday or Sunday.
P﻿hotos below Oscar Mayer Wienermobile are from 2019 Chicago Toy & Game Fair (our last in-person event).

On behalf of the upcoming Netflix film, ROALD DAHL’S MATILDA THE MUSICAL. A brand-new take on the Tony and Olivier award-winning musical, the movie tells the story of an extraordinary girl, with a vivid imagination, who dares to take a stand to change her story with miraculous results. You may watch the trailer here.

Synopsis: Matilda Wormwood (Alisha Weir) is a little girl with big curiosity, a sharp mind and a vivid imagination — and the worst parents in the world. While her parents (Stephen Graham and Andrea Riseborough) content themselves with trashy TV and dodgy money-making schemes, she loves to lose herself in the pages of her beloved books. Where they are loud, selfish and unkind she is a quiet observer, thinking up small and cheeky acts of rebellion and revenge.

On meeting her inspirational teacher, Miss Honey (Lashana Lynch), Matilda is encouraged and begins conjuring her own fantastical tales. Excited to attend Crunchem Hall, Matilda is surprised to find the school is an ominous and oppressive place led by the huge and villainous Miss Trunchbull (Emma Thompson).

As well as kind Miss Honey, the bright lights among the meanness are story-loving librarian, Mrs. Phelps (Sindhu Vee), and Matilda’s newfound school friends. Filled with an overwhelming sense of justice, Matilda dares to take a stand for what is right and teach Trunchbull a lesson she won’t forget.

Roald Dahl’s Matilda the Musical is an inspirational musical tale of an extraordinary girl who discovers her superpower and summons the remarkable courage, against all odds, to help others change their stories, whilst also taking charge of her own destiny. Standing up for what’s right, she’s met with miraculous results.