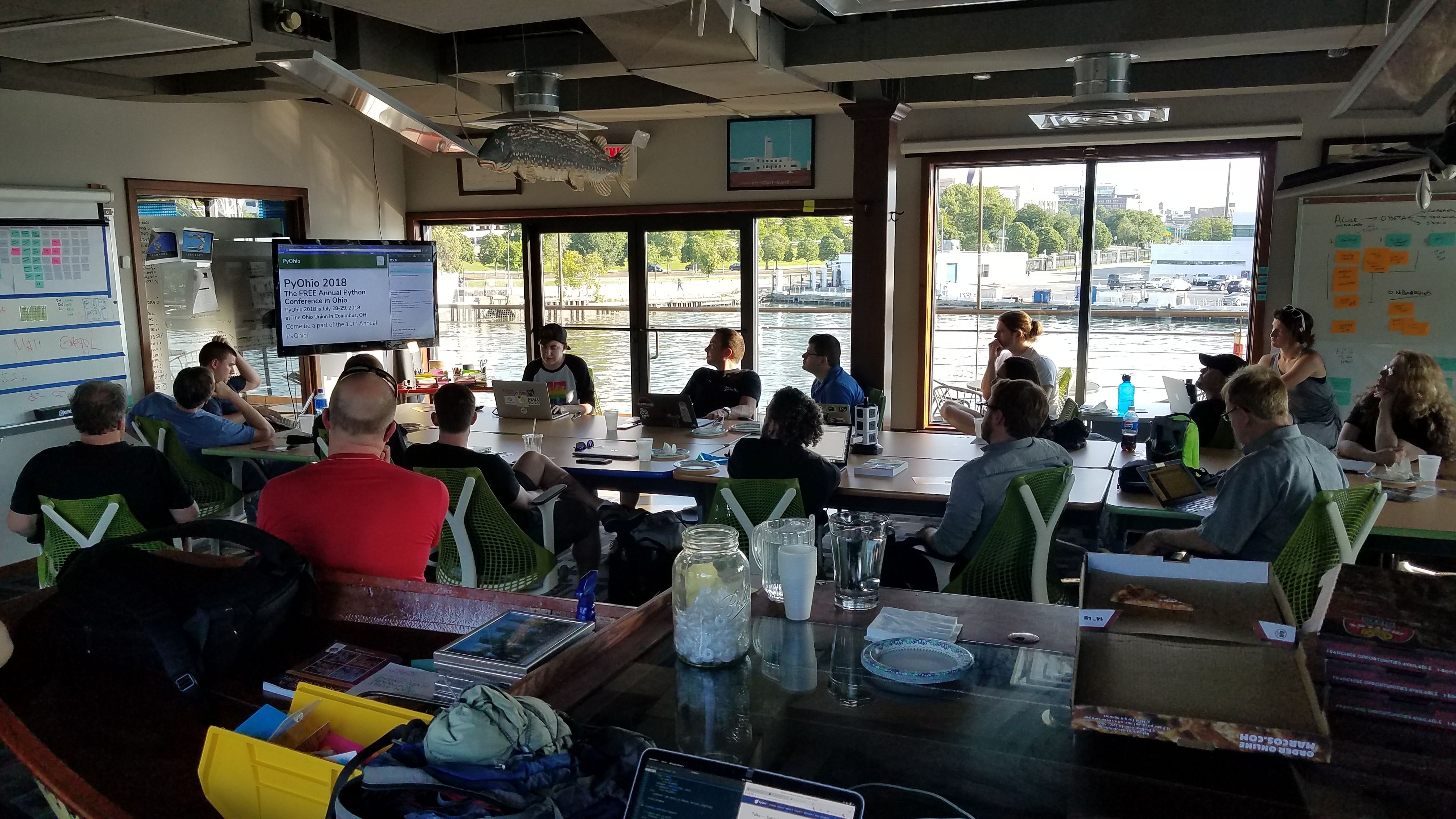 Enter the main doors on the side of the boat and take the stairs to the second floor. Directions & parking info: https://goo.gl/iYCpUc

Talk 1: A Unix/Linux User's Guide to Using Python on Windows by Uzoma Nicholas Muoh (Nick). Twitter: @spirix3
As someone who has moved from the MacOS and Linux world to the Windows world, getting used to the new environment can be complicated especially when it comes to running python. This talks is about my experience on using python on windows and how I configured my environment to feel more linuxy.
As a programmer you see everyone running a Mac and more likely than not run your production code on a Linux server or a docker container. The truth is that many programmers you don’t see use Windows as their primary development environment according the 2018 Python Developer Survey.
Python on Windows is pretty good now. I personally have been using python on windows and its been pretty good. I would like to share with the audience how I configure python on windows.
For this talk I will be making use of and talking about python, pip, pipx and as for third part tools I will be talking about scoop, chocolatey, pshazz, busybox, powershell, wsl, and docker.

Module of the Month: Functools by Lakshman Tavag (Lucky)

Want to present a talk? Submit it here: https://www.papercall.io/clepy

Want to present a Module of the Month? See here: https://github.com/CLEpy/CLEpy-MotM/blob/master/CONTRIBUTING.md