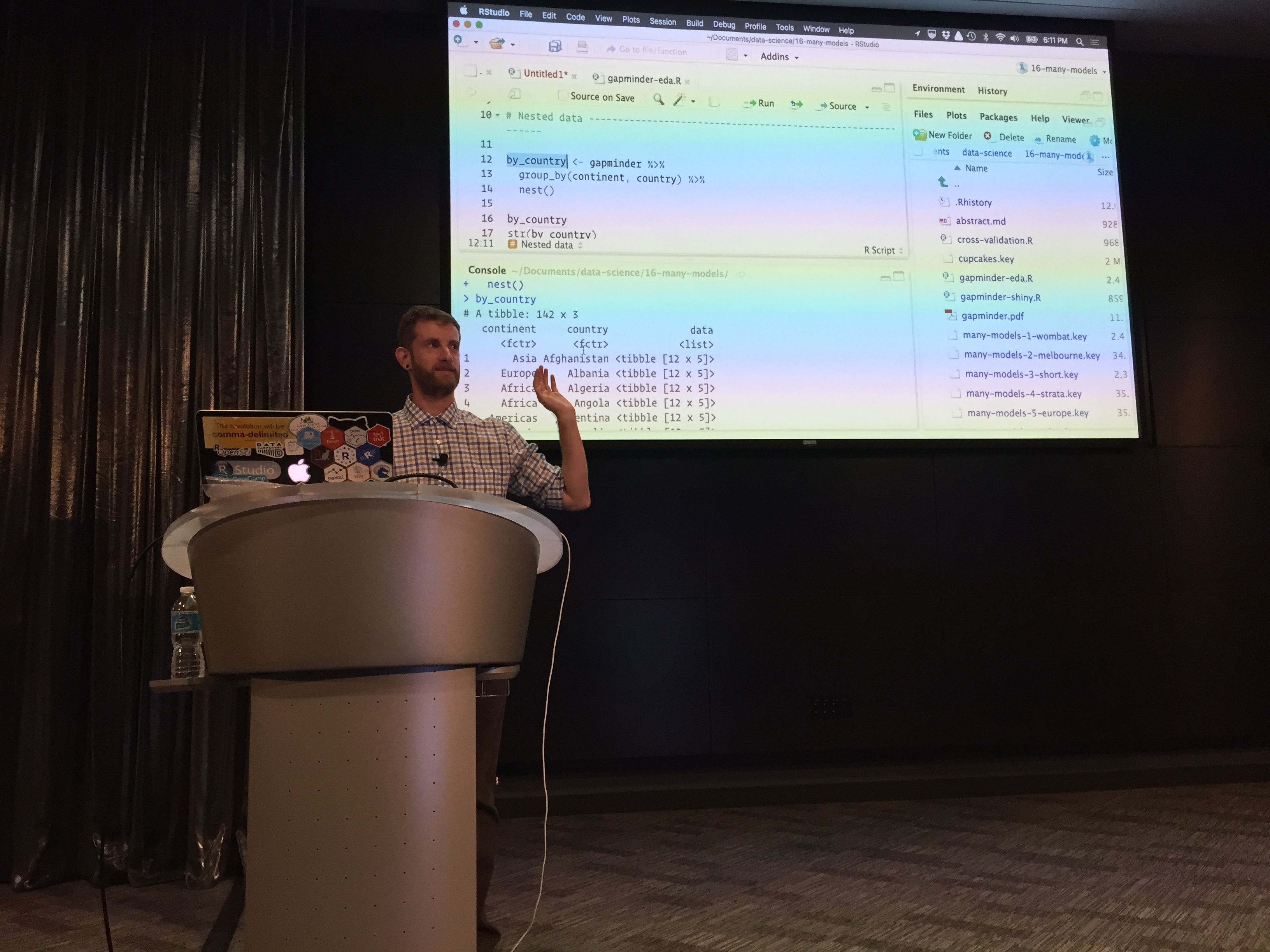 A sales and marketing pipeline model tries to predict sales from a time series of observations associated with given accounts. The observations may have many features, importantly including labels of reasonably well-defined *stages* of the sales process. Salesforce conveniently exports such observations in easy to analyze form. Viewed through the right kind of lens, models like this look a bit like classical survival models. I'll talk a little about some models along these lines that I've been working on together with a friend.

In order to make the models easy to use, we designed a shiny app. In order to make the app available to our clients, at least in beta form, we deployed it with Shinyproxy (and also Docker and Nginx), a tool that makes deploying Shiny apps pretty easy to do. I'll discuss this delightful deployment process.

About Bryan:
Bryan often thinks about mathematical approaches to simplifying the computation of large-scale problems. He's the coauthor with Taylor Arnold and Mike Kane of the new CRC Press textbook, "A Computational Approach to Statistical Learning." His R packages include threejs and irlba, and he played a small role in the introduction of shiny.