Hosted by
Sami A. 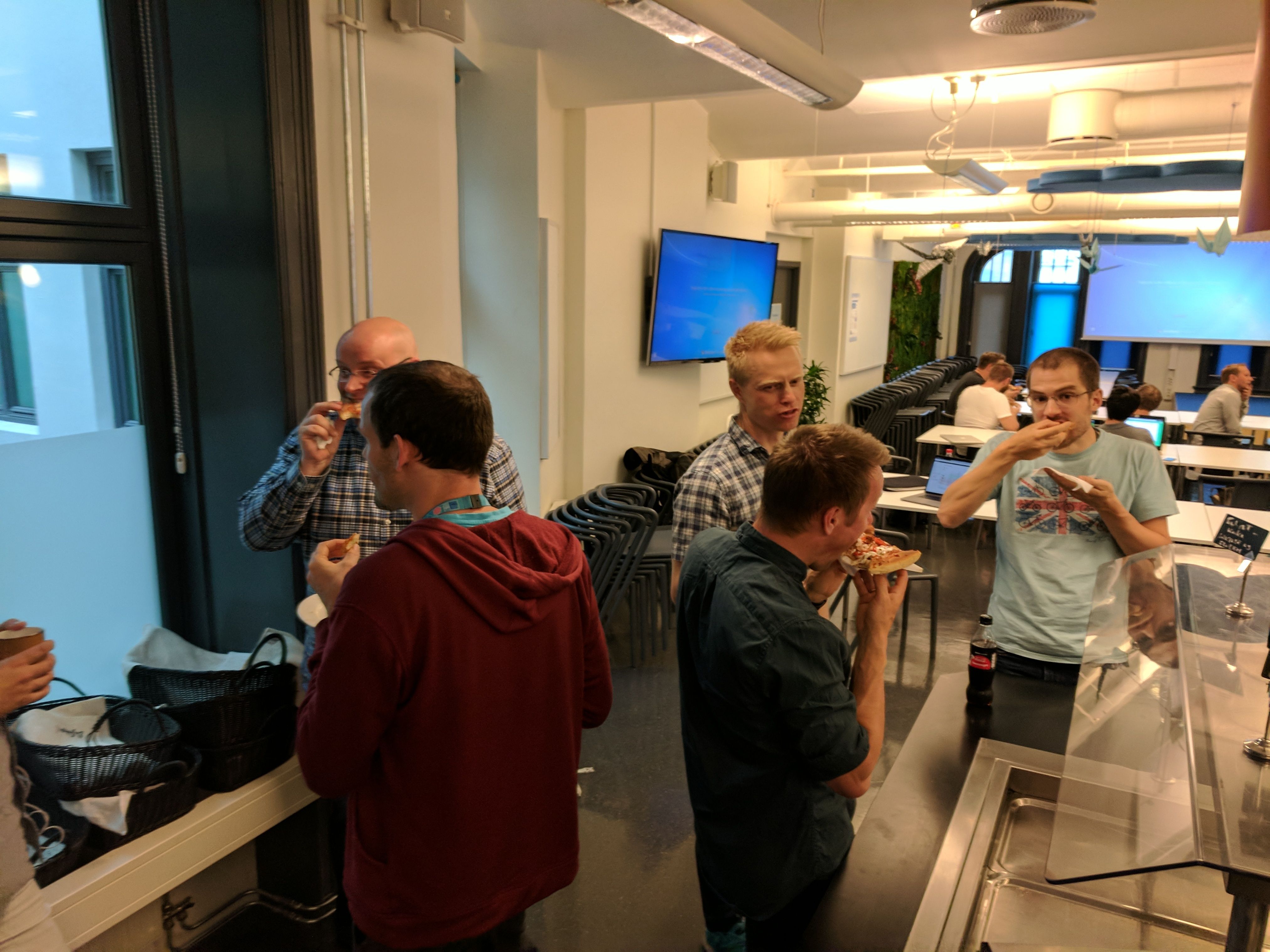 We are happy to announce that the Cloud Native Nordics Tour is coming to Oslo on Jan 22nd, 2020.

The talks and speakers details:
- TITLE: KUDO - Kubernetes Operators, the easy way SPEAKER: Nick Jones
ABSTRACT:
Kubernetes Operators are the next phase of the journey towards automating complex applications in containers. The KUDO project introduces an easy way to build Kubernetes operators using declarative YAML. Many Operators that exist today handle initial deployment, but they don’t provide automation for tasks like binary upgrades, configuration updates, and failure recovery. Implementing a production-grade controller for a complex workload typically requires thousands of lines of code and many months of development. As a result, the quality of operators that are available today varies. The KUDO project provides a universal operator to enable automated creation of operators for Kubernetes, in most cases just using YAML. In this talk, I’ll introduce the KUDO project, and demo the creation of a Kubernetes operator using KUDO.
BIO:
Nick is an experienced I.T {sysadmin, engineer, architect} with a career spanning nearly two decades across a wide variety of industries and sectors. Passionate about new technologies and methodologies, especially those in relation to Open Source, virtualization, orchestration, automation, and all forms of cloud computing. Simultaneously romantic about the old with a penchant for decrepit Sun and SGI kit. Likes Emacs and vi.

- TITLE: Building a Bank from Scratch in the Cloud on Kubernetes SPEAKER: Hans Kristian Flaatten
ABSTRACT:
We have built the next generation mobile bank for Norway in the cloud from scratch! This is the story of how we build Bulder Bank from the ground up in 10 months.
Early on it was decided that we had to be open for radical new ideas if we was to succeed. Important criteria was speed, modern and automated processes and future-proofing. In addition we wanted to make something that was cool and motivated everyone on the team to work on.
The choice landed on Google Kubernetes Engine and Google Firebase and the possibilities this gives us are literally endless! And it gives us the opportunity to move fast while having a more or less fully managed environment that is always up and running!
We have decided to model payments entirely event based and asynchronously where multiple microservices written in Go each do their part before handing over the transaction to the next service over a message queue.
BIO:
Hans Kristian is DevOps Practice Lead at EVRY where he work with some of EVRY's largest customers within financial, insurance, and public sector to deliver higher quality software, faster, using agile methodologies and DevOps practices. He specialises in test- and deployment-automation, large scale container systems using Kubernetes, and distributed software architecture.
Apart from his day job, Hans Kristian is an avid Open Source and Open Data evangelist. He is an acting member of the Node.js Foundation where he manages test and release of official Node.js versions and the official Docker Image for Node.js.
Hans Kristian previously worked as a Systems Developer / Systems Architect at the Norwegian Trekking Association (DNT) where he lead the transition to a microservice oriented architecture on immutable infrastructure and Docker-containers.
Hans Kristian is an outspoken person and organises several user groups in the Bergen area including Cloud Native Bergen and Google Developer Group Bergen. He has been a Co-Organiser of the DevOps Days Oslo Conference and speaks at various local, and national, software conferences.