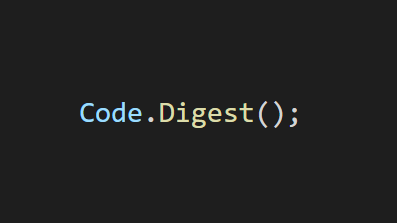 Enter the Microsoft Lobby and receive your tag.

* All the sessions will be given in Hebrew

Serverless platforms are not new anymore; even Serverless Compute has been around for a while, with popular implementations such as AWS Lambda, Azure Functions and Google Cloud Functions. However, Functions-as-a-Service (FaaS) platforms are just the tip of the iceberg, as new cutting edge Serverless abstractions such as Containers-as-a-Services (CaaS) and Serverless Application Platforms come into play.
In this session we’ll discuss multiple modern Serverless platform abstractions, along with demonstrations from the all major public cloud vendors – AWS, Azure & GCP.

About Eran:
Eran Stiller is the CTO and Co-Founder of CodeValue. As CodeValue’s CTO, Eran designs, implements and reviews various software solutions across multiple business domains. With many years of experience in software development and architecture and a track record of public speaking and community contribution, Eran is recognized as a Microsoft Regional Director (MRD) since 2018 and as a Microsoft Most Valuable Professional (MVP) on Microsoft Azure since 2016.

Every system has flows. Some flows are complex and require a lot of thinking, coding and planning by the R&D team. On the other hand, there are simple flows: send an email when a new item is added to an Azure Blob Storage or post on your social network when a new version of your app is released. Such simple flows are common to a lot of systems and the only difference between them is the configuration.
In this session, we are going to check out Azure Logic Apps and see how we can create simple flows with a visual designer without writing any code and even without opening an IDE.

About Alex:
Alex is a software architect, consultant, speaker and a tech freak that works as a Software Architect & Consultant at CodeValue Israel.
Alex is a leading expert on .Net client side development and different Azure services with great passion for software architecture.
You can reach Alex on twitter @AlexPshul.

About Moaid:
Moaid is a Software Consultant, Code Jedi and an OzCode Evangelist at CodeValue. He views Software development as both an Art form and a Profession, and he is an advocate for Software Craftsmanship and Clean Code methodologies.
In his blog (http://moaid.codes) Moaid writes about software, programming languages, software development tools and anything else he finds interesting.