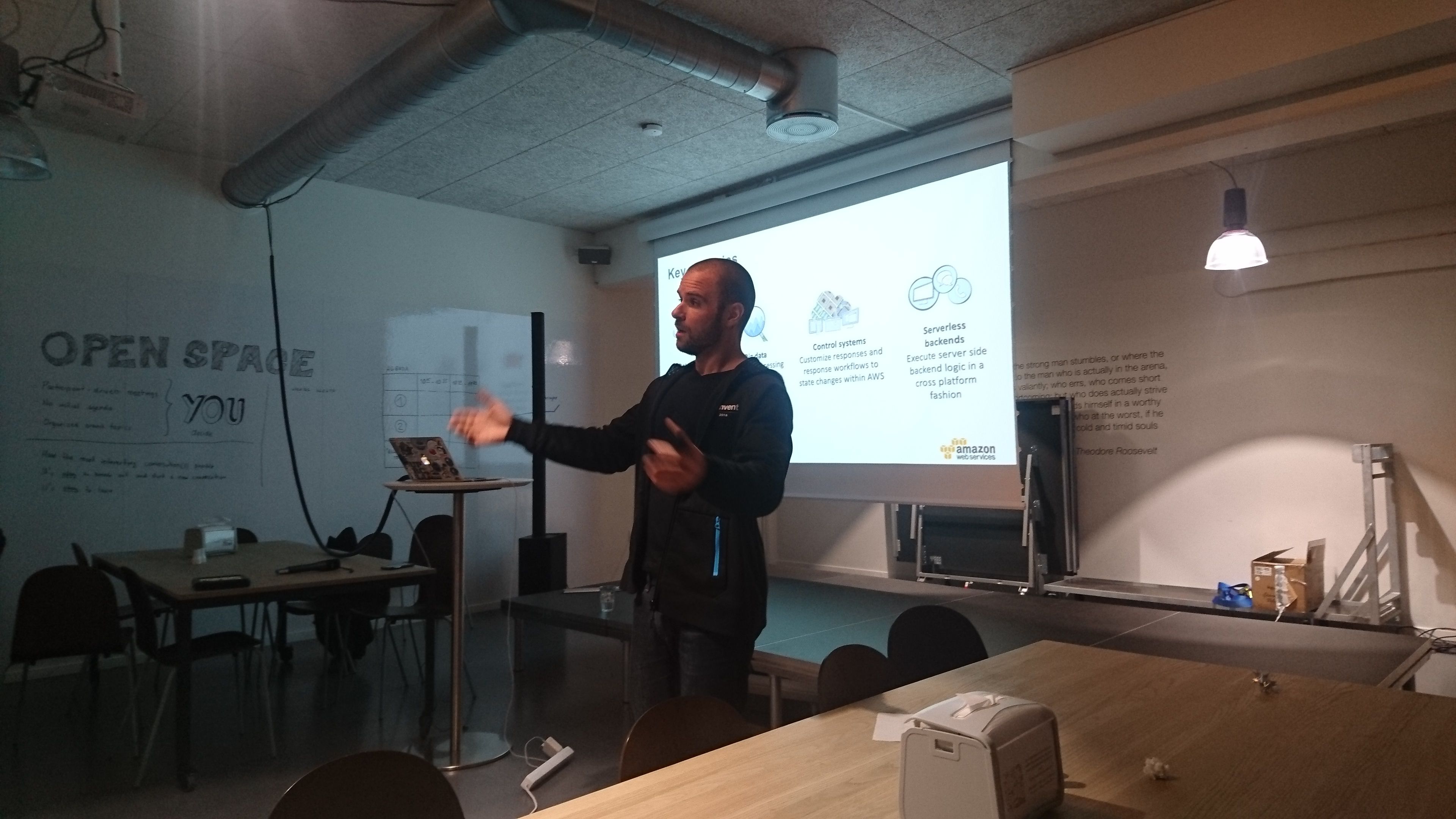 Adrian Hornsby: We have traditionally built robust software systems by trying to avoid mistakes and by dodging failures when they occur in production or by testing parts of the system in isolation from one another. Modern methods and techniques take a very different approach based on resiliency, which promotes embracing failure instead of trying to avoid it. Resilient architectures enhance observability, leverage well-known patterns such as graceful degradation, timeouts and circuit breakers. In this session, will review the most useful patterns for building resilient software systems.

Steffen Larsen (pere.com): War stories from the deployment trenches
Going from own server farms and script hell into lean deployment in AWS land with immutable images. I will tell a bit of personal history how i worked with software and deployed in the early 2000’s to now and how many tools that have become available. Also a short talk about where i am now and where we (PERE - our company) is planning to be in the near future and why.

Alejandro Jose Ricoveri (penneo.dk): The road to deployment automation
A quick glimpse into "service units": a way to streamline scale-ready deployment of microservices in Penneo.

Cybercom is sponsoring the event. There will be food and soft drinks.