Cumbe is a home for African and Diaspora dance and music. Through classes and cultural programs, we invite everyone to feel the joy and vitality of rhythms rooted in Africa. Cumbe champions African and Diaspora culture as a vibrant legacy for people of African descent and as an exuberant source of power, spirit and knowledge for all.

We host dance classes daily along with special workshops, parties and cultural events.

A dancer, choreographer, and yoga/meditation coach with credits in Latin, Afro-Caribbean, and Hip-Hop dance styles, Shari brings her love for the culture and art of movement into each of her classes and workshops. Shari has been creating and teaching dance for over 15 years, and has directed teams in Atlanta and New York City. An accredited RYT® 200-hour yoga instructor and teacher trainer of 5 years, Shari integrates her passion for rhythm and knowledge of the energetic and physical bodies into her coaching practice, with creative and intuitive flows and balanced breath work. Her performance credits include Fuego, Amara La Negra, Nestreya, Styleon da Empress, Oscar D’Leon, and large-scale dance festivals across the U.S. Shari is a Master Trainer for BUTI Fitness, a global yoga company, and currently performs the NYC-based Latin Fusion dance company Calle Fuego.

Bring the party to your home each week as Kadie brings the funk and spirit of Line Dance. This style of dance is perfect if you are looking for light movement, a break in your day to socialize and for wellness. Kadie starts off with a check-in to see how everyone is feeling and then moves into a warm up with classic, well known line dances like the Wobble, Cupid Shuffle, Electric Slide. She then dives into more complex dances like K-Wang Wit It, Michael Jackson's They Don't Really Care About Us and I Can't Get Over You! This class is designed for all levels and perfect activity to do with friends and family.

Native to Houston, TX., Kadie began her training in backyards, garages and family reunions. She went from elementary school drill teams, to line dancing with her mom, to then getting a degree in dance at Texas A&M. She started teaching in undergrad with a focus on creative movement and brain games. After graduating, she missed the dances she did as a girl. So, Kadie used her childhood and family memories and combined them with her professional training and brought line dancing to classrooms, teaching senior citizens at Lincoln Center and students across all five boroughs of New York City over the past two and a half years. She is super excited to join the Cumbe staff.

Want an introductory experience to Afro-Brazilian dance? Allow yourself to engage in a fun, soulful, accessibly challenging class that will delve into Afro-Brazilian dances including Samba Reggae, Samba de Roda and choreography incorporating Orixa Movement. Dancers will learn the foundational steps of Afro-Brazilian movement and learn a bit of symbolism and context of these styles through the influences of Orixa movement, African dance, the music and a collection of other street dances that began in Brazil.

Donna Mation is a dancer, choreographer, percussionist and educator, and is the artistic director and choreographer for Bang Bang Boogie and Vivan Los Elementos. She specializes in street dances from the USA, Brazil and Cuba including, Samba, Rumba, Hustle, House, Popping, and Hip-Hop as well as sacred and secular dances of Cuba and Brazil. Donna has danced most of her life and began her career in 1999, which has brought her to teach and perform in various places around the world with renowned artists including Rennie Harris Pure Movement, Wyclef Jean, Pink Martini, Black Angel, Bata Ketu and Jujuba.
Donna studied at the University of Matanzas Cuba with Grupo Afro-Cuba and Los Muñequitos de Matanzas. She fell in love with Cuban Folklore after Teresita Domé Perez introduced her to the art in 1997. Perez later became one of Donna’s mentors. Donna also studied extensively with Juan de Dios, director of the world renowned group, Raices Profundas of Havana Cuba. Her interest in Orisha/Orixa dance led her to intensive studies with Jorge Alabe and Rosangela Sivelstre in Brazil, as well.

Saroya Corbett is a certified Dunham Technique instructor and has a masters in fine arts degree in dance from Temple University. Her dance ability can be attributed to being well trained under professionals like Katherine Dunham, Vanoye Aikens, Glory Van Scott, Tommy Gomez, Ruby Streate, and Kariamu Welsh. Throughout Saroya’s performing career, she has performed with dance companies, Kariamu & Company and Flyground, and presented her own work through Saroya Corbett Dance Projects. In 2014, Jazz Dance: A History of the Roots and Branches was released by the University Press of Florida, which included Saroya as a chapter author. She serves as the history and theory chair for the Institute for Dunham Technique Certification and she serves on the steering committee for the Coalition Diasporan Scholars Moving (CDSM).

HEATHER BEAL, received her B.A. in dance from Columbia College Chicago and her MFA in dance from Washington University in St. Louis. She is a certified Dunham Technique instructor and was a principal dancer with the Katherine Dunham Museum Children’s Workshop Performance Company from the age of six into young adulthood. She performed with the company around the United States and France. She has also performed in many productions at The Black Rep and several productions at the St. Louis MUNY. Her Black Rep credits include ”Nina Simone: Four Woman,” ”Purlie,” “The Me Nobody Knows,” “Le Freak C’est Chic,” “DreamGirls.” Theatre credits include ”Ghost” (Metro Theatre), and ”Feeding Beatrice” (The Rep). College credits include: “For Colored Girls… ”(Washington University), “Little Shop of Horrors” and ”First Date” (University of Southern Indiana). She is best known for her work #triggerwarning and Black AF, a dance critique of police brutality against Black people in America. 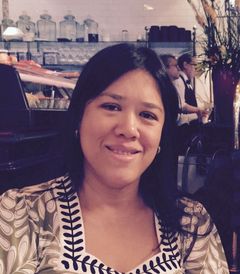 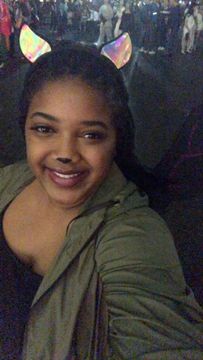 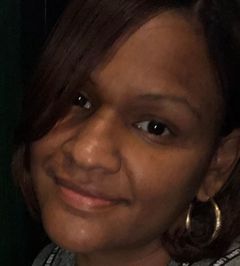 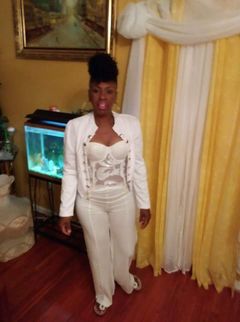 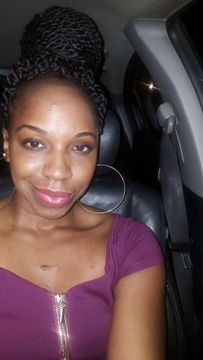 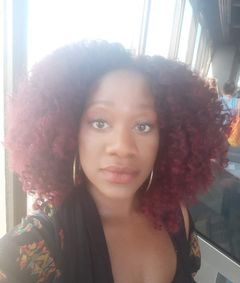 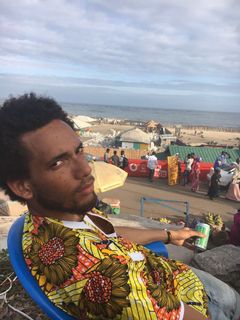 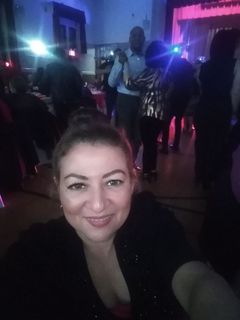 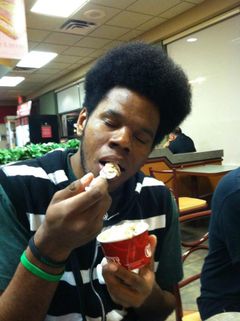 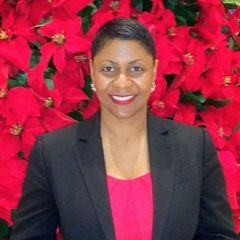 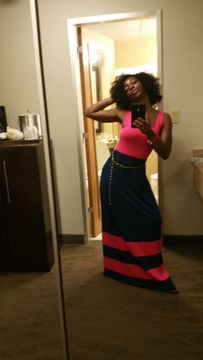 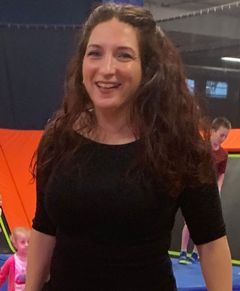 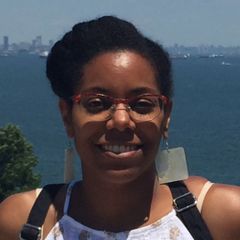