Hosted by
Daniel H. and Mike B. 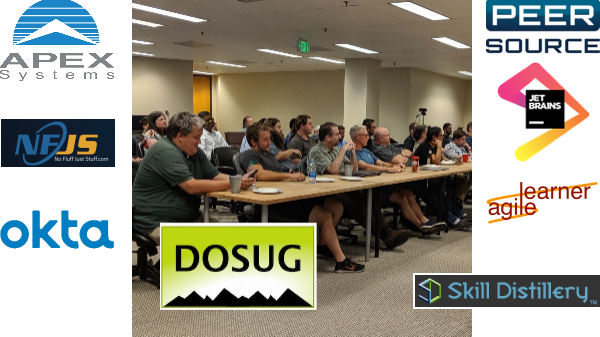 Come and learn about how to use Angular 2, Google’s modern, open-source, front-end framework and ASP.NET Core, Microsoft’s cross-platform, open-source, web server framework. During this session, we’ll deep dive into all the building blocks that go into an Angular 2 application and learn about Angular CLI, which can drastically speed up the Angular development process. Next, we’ll briefly overview ASP.NET Core and finally, we’ll jump into a demo of a Pet Store application built with Angular 2, Angular Material, and ASP.NET Core. By the end of this session, our goal is for each of you to have an introductory understanding of how each of these technologies can be effectively utilized in your own projects.

Levi is a Senior Technology Consultant at Credera where he has built dozens of desktop, mobile, and web application for clients ranging from startups to Fortune 100 companies. Previously, Levi has presented at several meetups and conferences on topics such as Chatbots, Universal Windows Platform (UWP) application development, and Angular 2. During his spare time, Levi enjoys riding motorcycles, working on side projects, and drinking craft beer.