Hosted by
Terence K. and 5 others 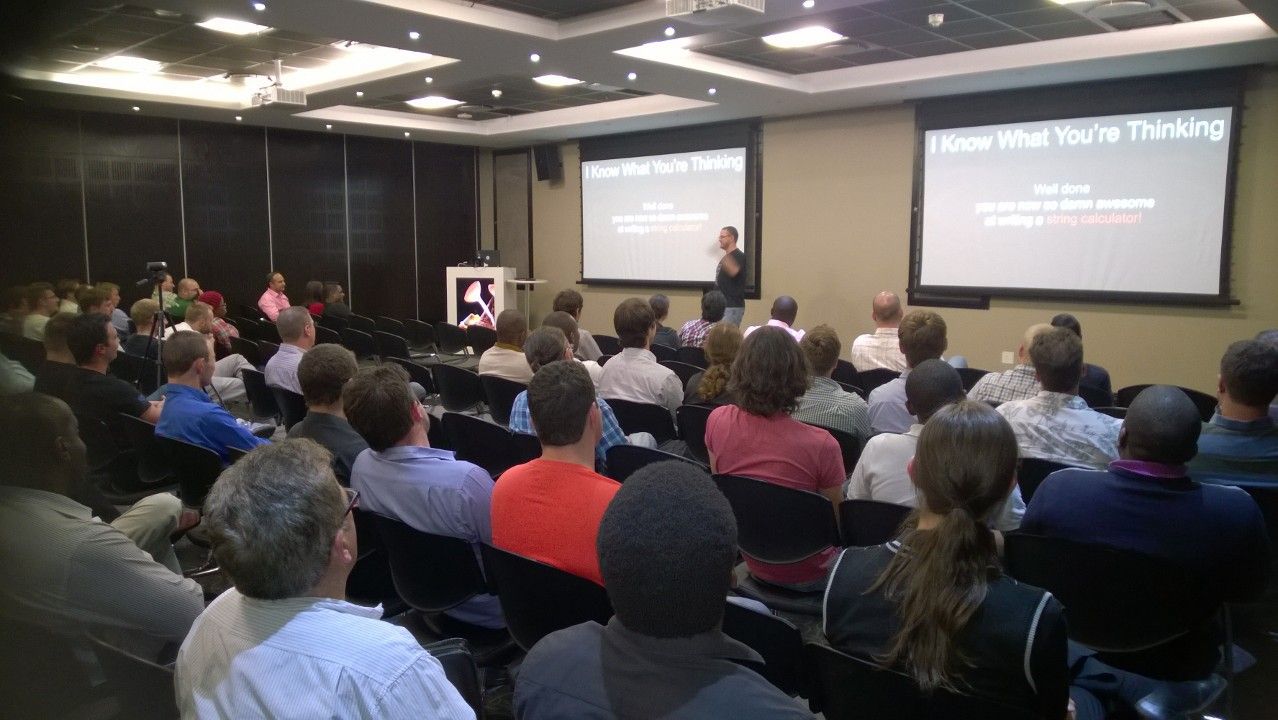 This year's Entelect Challenge has been launched! The challenge is a yearly competition for professionals, students, and enthusiasts where the goal is to develop an intelligent bot to win the game, and ultimately part of R[masked] in cash. This lightning talk will introduce this year's game theme, the game dynamics and rules, the tournament format, and demonstrate how to get started with coding an intelligent bot from the starter pack. We will also run through the design of the platform that supports the challenge, however it's currently in development, so more a more detailed view will be available in the near future. Some members of the challenge team will also be available to chat at this event.

Madene is an Intermediate Software Engineer at Entelect with 3 years of experience in the world of Software Engineering. She enjoys practicing her craft with various languages and frameworks such as Java, C#, Angular, Microservices and many more. She enjoys giving back to the community and is involved with various initiatives such as GirlCode and Entelect Challenge. She would like to see a successful year for Entelect Challenge and her aim is to make the user experience of the player portal and tournament execution for this year's challenge the best it has ever been.

In this talk we’ll explore the Kali Linux toolset and show you how to break into a WPA2 secured wireless access point, live on stage.

First we’ll take you over how to capture a wireless client’s handshake, then we’ll show you how extract the hashed passphrase and finally how to crack that hash to reveal the passphrase itself.

As a side act we’ll also show you how to jam wireless networks and even target specific users.

You’ll will leave this talk with a deeper understanding of the problems with our current[masked] WiFi standards, why cracking them is much harder to pull off than you would have thought, and hankering to change your WiFi password then you get home!

Gerard holds a Master’s Degree in IT from the University of Pretoria, is a member of Mensa and has consulted for the likes of Standard Bank, Nedbank, MTN, De Beers & Experian. He’s also worked on both the FNB and Barclays (Absa) mobile banking Apps on the Apple iOS platform.

With over a decade’s experience building information systems in the banking sector, Gerard has created and lead teams for multiple big budget projects in the UK and South Africa. Gerard is a citizen of both the Netherlands and South Africa.

"GraphQL is a data query language developed internally by Facebook in 2012 before being publicly released in 2015. It provides an alternative to REST and ad-hoc webservice architectures."

In this talk, we will
* Go through the basics of GraphQL
* Discuss the differences with REST
* Go through a basic example in Java.

Phillip is a Systems Architect living in Centurion, South Africa. He's a fan of technology, coffee and programming. He love dogs and music. To keep active he plays squash. Phillip was lucky enough to marry his best friend, Charmaine. She is also a geek :)
https://www.phillip-kruger.com/about

If you are new to the group, read our monthly meeting FAQ to answer some common questions (http://www.meetup.com/DeveloperUG/pages/Monthly_Meetings/).