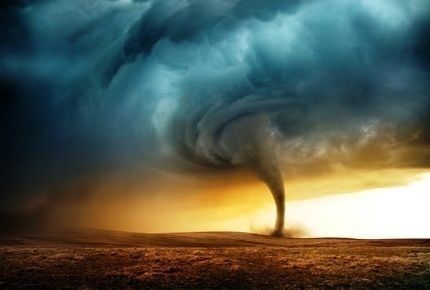 Adworks Lab is on 7th Ave near corner of West 53rd St.

THIS EVENT IS SOLD OUT! Hope to see you at the next one....

There is a radical transformation taking place in the entertainment and media industries. Music, film, TV, newspapers and magazines have all been intensely affected by the explosion of new devices that enable the consumption of digital media. We will explore the ways the creative industries are remaking themselves and what can be expected in the future.

Investors are betting on the next generation of innovative companies: Angel and VC funds are behind the companies pushing this transformation. In 2010, angel investments in the U.S. exceeded $20 billion and VC investments exceeded $22 billion.

We look forward to you joining us! And remember to please remember to pay through PayPal AS SOON AS YOU RSVP - Thanks!

Ben attended U.C. Berkeley majoring in English and Economics after which he moved to New York to attend law school at New York University. After three years at White & Case working on the legal side of transactions as a corporate finance attorney, he moved to Vienna, Austria, where he landed a position at an Austrian bank. Ben worked as an investment banker on the first IPO in the former Soviet Union. After four years of IPO and M&A transactions in Budapest, Prague and Moscow, Russia, he moved back to New York to join Barclays Capital. Here Ben worked on cross-border M&A transactions. Seeing an opportunity to bring Wall Street quality advisory services and international expertise to technology companies he co-founded 'Agile Equity' in New York. 'Agile Equity' has advised public companies in Japan, India and France on acquisitions of private companies in the United States.

Andrew Boer is a seasoned executive with over twelve years of managerial and entrepreneurial experience in the fields of new media and content. He helped found two successful companies in Silicon Valley in the mid 90's and was the first employee and product manager of TRUSTe, the highly successful non-profit (for profit, now).

Andrew was Founder and CEO of Accept.com, the first online person-to-person payments company which was sold to Amazon.com in 1999. Later Andrew worked for Reed Elsevier, one of largest business publishers in the world, in a general manager role, and has a strong background in the creation, licensing and monetization of content. Currently he is President at Movable Media, a content marketing amplification and author incentive platform that delivers "Content with an Audience". He earned an MBA from Harvard Business School, a J.D. from University of Michigan Law School, and an A.B. in English from Princeton University.

3. James Cox, Director of Technology XO Group Inc., a media company that publishes multi-media content for couples planning weddings, moving in together, and having their child.

A project manager and beyond with experience in several sectors, including publishing, software development specifically with web-based applications. Experience also includes marketing and customer support, both in the US and UK. Understands a broad range of computer languages, applications and services and can adapt quickly to new tools and environments.

Bill Sobel is above all a connector. He has successfully brought together some of the most powerful and innovative media executives, dealmakers and entrepreneurs, facilitated multi-million dollar ventures and consulted to top media clients. Bill played a key role in the digital media conversion of A&E, handled all post-production for the NBC Olympics broadcast in 2004, launched Kewazinga – multi-dimensional slow-motion imagery to sports TV -- helped launch HBO's first interactive program, supervised post-production for Billy Joel's "Made in the USSR" tour and for Steven Wright's Emmy-award winning short feature "The Appointments of Dennis Jennings."

As principal of SobelMedia, Bill helps startup-up companies in the media and entertainment industries find digital media solutions. His client list includes Post Perfect/New York, Crawford/Atlanta and he is an active member of the NY Chapter of the National Television Academy, a consultant to the Convergent Media Program at the NYIT and a consultant to the Science Cable Network imitative. He is founder of the New York: Media Information Exchange Group and teaches emerging technologies in media and entertainment, communications management, broadcasting and new media at Polytech University, the University of Albany's school of management, and at NYU. In 1981, he became MTV's first Supervisor of Videotape Operations.

Steve Rosenbaum has always been intrigued by media. After working as an Executive Producer for MTV he went on to create 'Camera Planet', one of the largest producers and distributers of film, tv, and documentary projects in NYC. He is currently a co-organizer from the NY Video Meetup group and Founder & CEO of Magnify.net (acquired WayWire - 10/13).

Magnify.net is the leader in creating video-centric communities. With over 100,000 + sites and 30 million+ video views per month, Magnify.net allows users to upload videos to their personal channels.

Want to catch up on the last Disruptive Technologists in NYC Meetup? Check out:

If you weren't able to make the January event "Is Social Media Still Fundable?" Here is the full video: