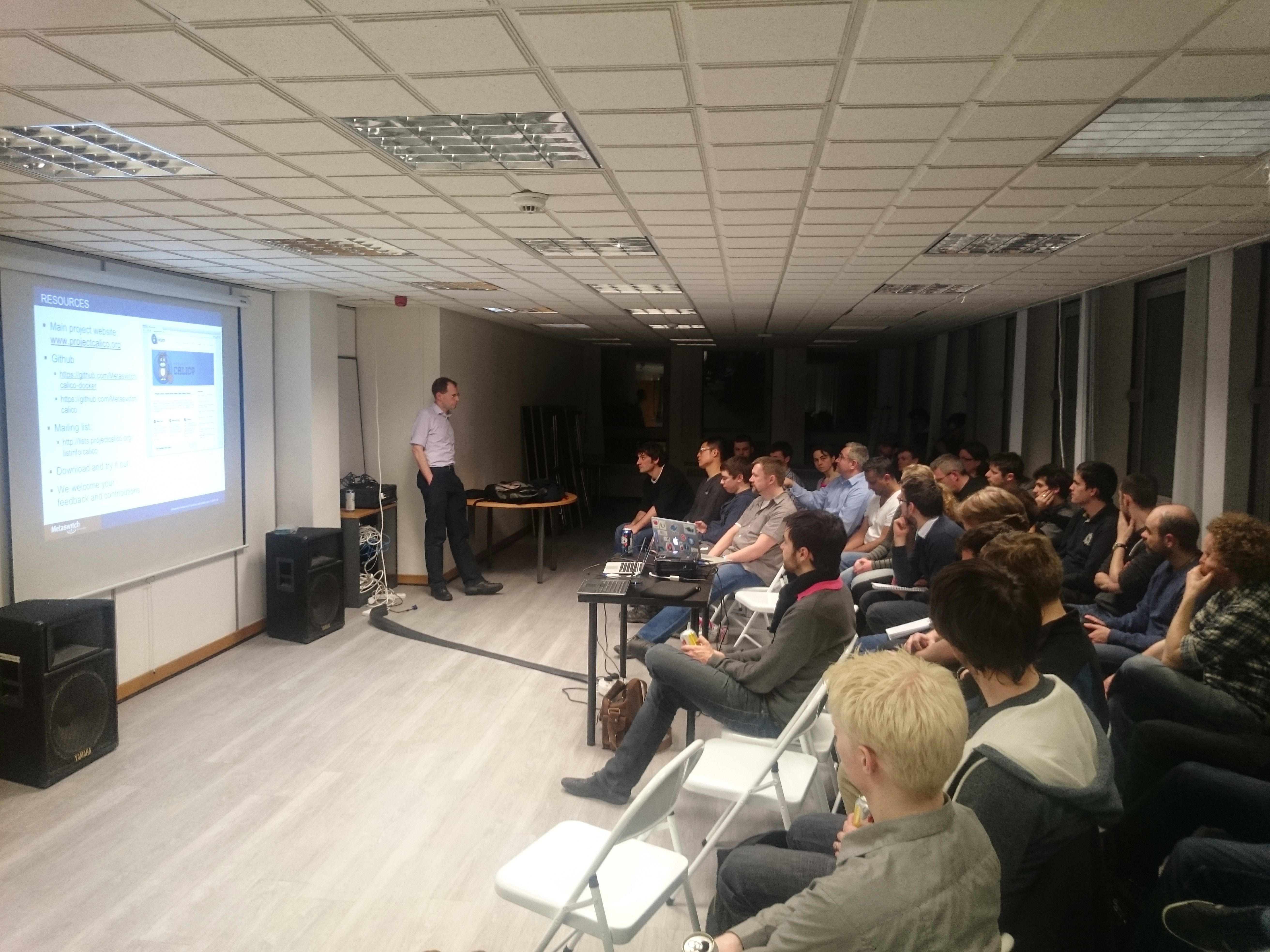 The Docker Edinburgh meetup takes place at Codebase, in their Event Space, which is accessible from the entrance on 38 Castle Terrace. The Meetup will run from around 17h30 to 20h00 (note early start for this one!), with further discussion afterwards in the pub! Cloudsoft will be sponsoring the meetup, and pizza and beer will be provided.

This meetup coincides with the Open Source Summit in Edinburgh, so we're in the process of poaching some top quality speakers. I'll update with more details later in the week.

Please note that I've moved the date and time of this meetup in an attempt to fit in with the OSS schedule.

"Since Docker came on the scene in 2013, for many it was the first they'd heard of containers. They existed before, but have exploded since then. Today if you intend on running containers in production, you will be primarily concerned with the Kubernetes level, but what is happening below? What does the layered structure mean for direct access and on-going developer experience?"

Vincent Batts has spent half his life in Linux and open source communities. An Open Containers Initiative maintainer and technical board member. An ongoing member on Slackware Linux's Core Team, past maintainer on the Docker project, and the past maintainer of the Go
compiler for Fedora and Red Hat. He currently works in emerging technology on Red Hat CTO's Office.

In a recent HackerNews thread in which various constituents were up in arms about Docker (par for the course in any HackerNews item), Phil noted several splintering threads of advocacy for and against "alternatives" to Docker. Not a new theme by any means, as we can trace back various arguments for and against alternatives to Docker since the beginning of the Docker era.

However, as a maintainer of containerd and regular speaker extolling the virtues of containerd, Phil sometimes wondered if people think this means that he sees the options as "Docker vs. containerd." As Phil commented in that HN discussion, what people are missing is the strong differences between the Docker platform and a container runtime, like containerd.

In this brief talk, Phil will detail how the Docker platform has matured (including Desktop, Enterprise Edition, and the ongoing community and open source engine), and how containerd and other platform components have been broken out and been found useful in specific usage scenarios.

Hopefully attendees will leave with an understanding of where each of these components fit in the broader ecosystem and how it can make total sense to love containerd, and love the Docker platform all at the same time!

This talk introduces OpenFaaS and running it with Istio to leverage Service Mesh features. From writing a first function in a language of your choosing to deploying on git-push with OpenFaaS Cloud we’ll take a tour of OpenFaaS followed by a closer look at the features provided when running with Istio, mTLS, Distributed Tracing etc. With time-permitting a demo of the Canary deployment of an OpenFaaS function.

John McCabe is one of the earliest contributors to the OpenFaaS project, and a staff engineer at Proofpoint Inc.

Please let us know what sort of speakers or topics you would like to see at future Meetups, or if there are alternative formats like lightning talks that would prefer.

We're always looking for new speakers, so please get in touch if you have something you'd like to present about Docker or the wider DevOps community!

Look forward to seeing everyone!