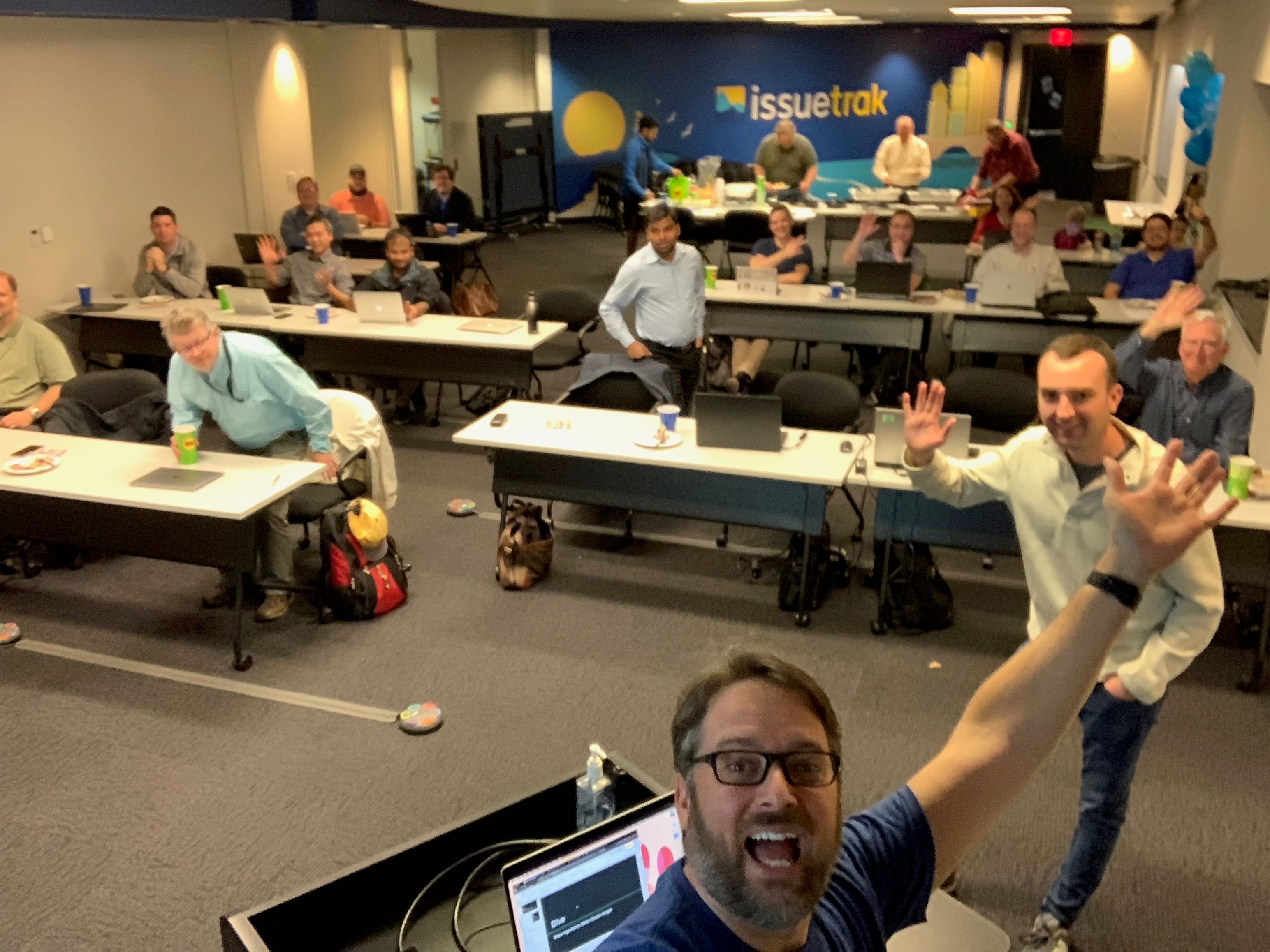 THIS IS A FREE EVENT - PLEASE FINISH YOUR RSVP HERE (https://events.docker.com/events/details/docker-virginia-beach-presents-docker-5th-birthday-workshops-and-kubernetes-for-developers)

Join us in celebrating the Docker Project’s 5th birthday! Plus, special guest Troy Connor will go over Docker's new Kubernetes features in Docker for Mac/Win!

Every year in March, we celebrate Docker’s birthday with a series of hands-on labs! Many labs to choose from! Advanced Docker users are invited to get involved on-site and act as mentors. Come learn, mentor, celebrate, eat cake, and take an epic #dockerselfie!

Bring your laptops for labs!

Issuetrak is our sponsor this week! They will be providing the venue as well as tacos and drinks for the event.

No need to install anything ahead of these events, we'll be using Play with Docker (PWD), a Docker playground which allows users to run Docker commands in a matter of seconds. It gives the experience of having a free Alpine Linux Virtual Machine in browser, where you can build and run Docker containers and even create clusters. In addition to the playground, PWD also includes a training site composed of a large set of Docker labs and quizzes from beginner to advanced level available at training.play-with-docker.com.