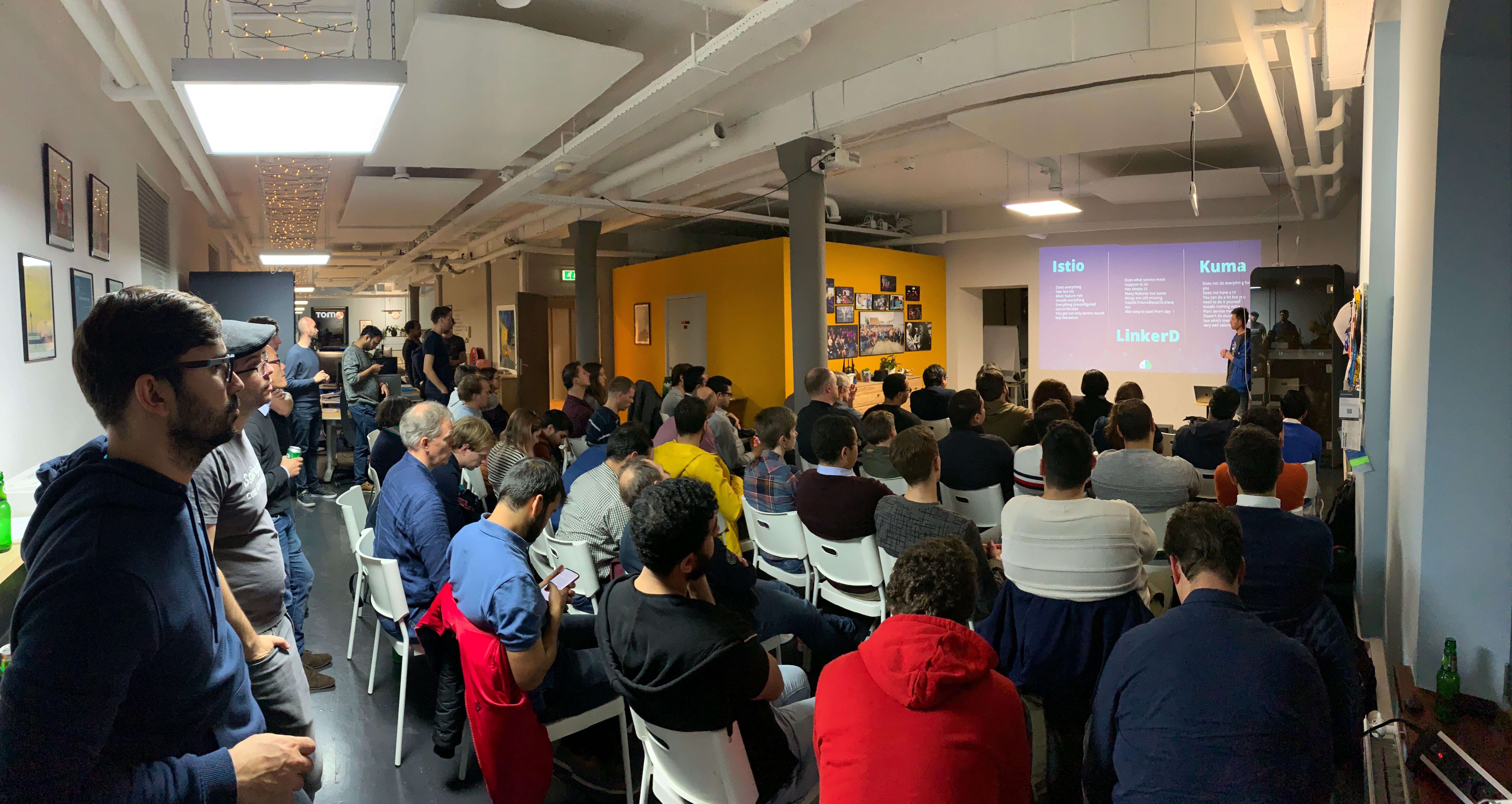 When it rains it pours and we have two Docker Captains to talk about Docker and Docker Swarm.

What's inside that container?

Gareth Rushgrove is a principal software engineer at Puppet. He works remotely from Cambridge, UK, building interesting tools for people to better manage infrastructure. Previously, Gareth worked for the UK Government Digital Service focused on infrastructure, operations, and information security. When not working he can be found writing the DevOps Weekly newsletter or hacking on software in newfangled programming languages.

Gianluca has been working on a project called Orbiter, an open source tool designed to be an easy to maintain autoscaler for Docker Swarm. He will present an overview about Docker Swarm & demo this project and take your questions and suggestions.

Gianluca (https://twitter.com/gianarb) is an SRE at InfluxData,he is passionate about helping teams improve their development environment using continuous integration, automation and modern tools to work better and faster.