Everyday Spacer Phoenix is a Meetup for anyone with even a mild interest in space exploration, astronomy and similar topics.

You should join if you would like to go to a star party and look through a variety of telescopes and see objects in the night sky. Or maybe you like hearing lectures about interesting, updated topics from notable engineers and scientists.

How about some hands-on/'maker' type events?

If you decide to join, you can expect us to list as many events as we learn about in Phoenix and beyond. We'd love your help of course. And, if you become a member, you'll be expected to actually participate in something we list!

It's not a 'meetup' if you never attend an event. Please be sure to R.S.V.P. 'YES' if you intend to go. A 'NO' or no answer will be considered the same. If you happen to show up at an event with limited resources in spite of that, you may be turned away and we'll all be sad about that!

Mainly, we want to show you ways you can personally and directly participate in this exciting area and have FUN doing it!

If you ever need anything from us, do call or write. We'll include contact information anytime you join and we send you the traditional 'welcome' message - usually within a day or two.

Thank you and enjoy the events we already found and listed for you.

In a first, scientists say they can predict stars colliding. And we all can watch. Mark your calendars: In 2022, you might see two stars collide in a stunning “red nova.” Updated by Brian Resnick@[masked] Jan 6, 2017, 12:00pm EST Prediction: In 2022, two stars will collide into one another. That collision will unleash a massive amount of energy. So massive, the two stars — which are now invisible to the naked eye — will increase in brightness by a factor of 10,000. And not only will we be able to see this explosion, in real time, with unaided eyes, it will become one of the brightest objects in the entire sky. Astronomer Larry Molnar of Calvin College is making this prediction today at the meeting of the American Astronomical Society in Grapevine, Texas. If he’s right, it will be the first time an astronomer predicted an explosion of two stars merging. “We know these things merge, but we really don’t understand what mechanism that causes them to merge,” he told me. Molnar’s betting that the stars, located some 1,800 light years away, have already exploded. By 2022 (plus or minus a year), the light from the explosion will finally reach Earth. That year, we should be able to see it slowly getting brighter over the course of a few months in the constellation Cygnus (a cross-shaped constellation that lines up neatly with the Milky Way). If he’s right, you’ll be able to look up at the night sky and see this cataclysmic collision for yourself. “If the prediction is correct, then for the first time in history, parents will be able to point to a dark spot in the sky and say, ‘Watch, kids, there’s a star hiding in there, but soon it’s going to light up,’” Matt Walhout, a dean at Calvin College, said in a press statement. That’s cool. And having a time series of data before, during, and after such an explosion will yield new insights about how solar systems form and evolve. pic Click on the link below for more info... Source(s): http://www.vox.com/science-and-health/2017/1/6/14184094/scientists-predict-stars-colliding?yptr=yahoo

First conceived from the following article, I decided that we really need to know when this party should be held! 35 Things We Learned From The Hitchhiker’s Guide to the Galaxy Alex Fitzpatrick @alexjamesfitz Oct. 10, 2014 The Hitchhiker's Guide to the Galaxy was published Oct. 12, 1979 Douglas Adams' novel was published on Oct. 12, 1979, 35 years ago on Sunday Are you a hoopy frood who really knows where her towel is? Then you probably already know that Sunday marks 35 years to the day since legendary comedy/sci-fi author Douglas Adams published the novel based on his radio show The Hitchhiker’s Guide to the Galaxy, first in a trilogy of five books. Yeah, a trilogy of five — Adams was a weird dude! The Hitchhiker’s Guide follows the story of a hapless human called Arthur Dent, who is saved from Earth’s destruction by aliens with just seconds to spare by his good friend Ford Prefect. Prefect, who Dent at first believes to be human, actually turns out to be an alien working for something called the Hitchhiker’s Guide to the Galaxy — sort of a combination travel guide/Wikipedia for intergalactic travelers roaming about the universe by grabbing rides on passing spacecraft. Dent and Prefect wind up on a ship stolen by President of the Galaxy Zaphod Beeblebrox. Along with another human runaway and a depressed robot, the crew find themselves in a serious of perilous adventures one after the other and it’s all good fun with a great story that holds up in its own right while also poking a lot of fun at the generally very serious science-fiction genre. Anyway. In celebration of Hitchhiker’s 35th birthday, here are 35 things you learn from reading the Hitchhiker’s Guide to the Galaxy “trilogy”: 1. If you’re ever stuck on a question, you know the answer is, of course, just “42.” 2. Forget “Keep Calm and Carry On.” The book teaches this motto: Don’t Panic, written in very friendly letters on the front of the actual Hitchhiker’s Guide. 3. You learn to always know where your towel is, because that thing can save your neck in more ways that you can count. 4. Dolphins are smarter than humans — but they’re still thankful for all that fish. 5. Earth, despite its nuclear weapons, war, bacteria and so on, is really just Mostly Harmless. 6. The secret to understanding all the universe’s languages is putting a tiny creature in your ear called a Babel Fish — and you also know that’s where the online translation service got its name. 7. When you rock out to Radiohead’s Paranoid Android, you know the band was referencing Marvin, the chronically depressed robot with a brain the size of a planet — voiced by Alan Rickman in the 2005 film adaptation. 8. This killer restaurant at the end of the universe. 9. Time is an illusion — and lunchtime doubly so. 10. The universe’s creation made a lot of people very angry and was widely considered a bad move. 11. Anyone who can be elected President shouldn’t be trusted to do the job. 12. If a Vogon ever, ever tries to read poetry to you, you should turn tail and run immediately. 13. Ford Prefect isn’t just the name of a British car. 14. You’re not the only one who could never really get the hang of Thursdays. 15. You can understand that an alien sent to study life on Earth would think cars were the dominant life-form. 16. But not why people spend so much of their lives wearing digital watches. 17. When in a bar in outer space, the best thing to order is a Pan Galactic Gargle Blaster. 18. If somebody suddenly thinks they’re a hedgehog, the best thing you can do is give them a mirror and some pictures of a hedgehog, and they’ll figure it all out soon enough. 19. Space is big. Really big. You just won’t believe how vastly, hugely, mindbogglingly big it is, to be honest. 20. Mice aren’t actually mice at all. Instead, they’re insanely hypersmart beings from another plane of existence. Also, they’re smarter than dolphins. Who are still smarter than humans. 21. That one can find tea on a spaceship. But it’s not really tea, it’s rather something almost but not entirely unlike tea. (Also, if you count the movies, there’s a tiny lightsaber that toasts bread while you slice it. Handy!) 22. You can spend a year dead to dodge your taxes. Good tip. 23. Sometimes your friends turn into penguins. Or sofas. It’s all a little weird. 24. Every once in a while, it’s absolutely terrific when somebody’s trying to kill you — it means you’re on to something. 25. The only thing that can break the speed of light is bad news. 26. Life is like a grapefruit, and some folks have half one for breakfast. 27. Ships can hang in the sky, but bricks can’t. 28. That you should always, always, always stay abreast of plans posted at your local planning department in Alpha Centauri. 29. That if you ever discover why the universe is here, it could be replaced by something even more bizarre and inexplicable. 30. And that might’ve already happened. 31. It’s possible to be your own great-great grandfather, if something goes wrong with a contraceptive and a time machine. 32. One of the greatest sources of power in the universe is Restaurant Math. Oh waiter, check please! 33. Anything that happens, happens. 34. You don’t want to go to Heaven with a headache. 35. 42. URL: http://time.com/3490758/hitchhikers-guide-galaxy/ I did some digging and learned that this isn't necessarily the 'first' awareness of the story because there were radio broadcasts before the book was published. The publication of the book probably started the worldwide phenomenon so, that is the date I chose. Your thoughts on the subject may vary. Source(s) as of this posting (10/7/15): http://time.com/3490758/hitchhikers-guide-galaxy/ https://en.wikipedia.org/wiki/The_Hitchhiker's_Guide_to_the_Galaxy http://h2g2.com/douglas_adams/ 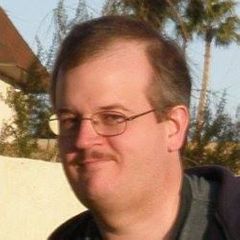 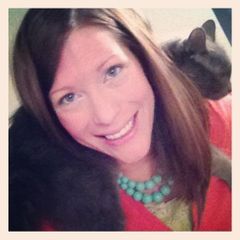 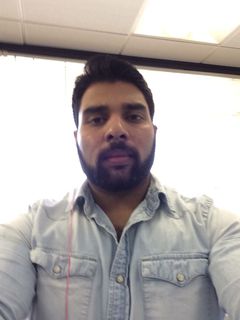 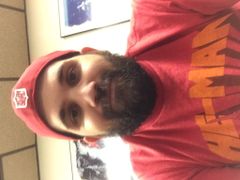 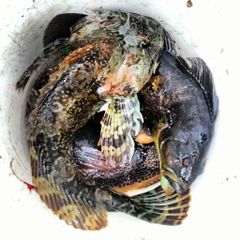 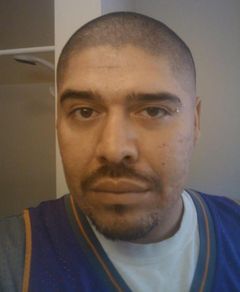 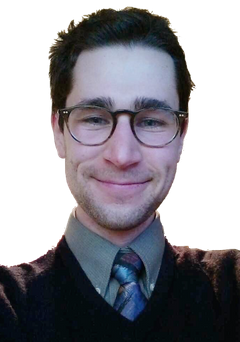 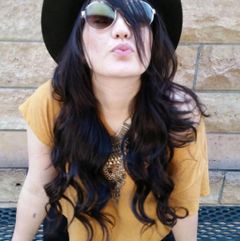 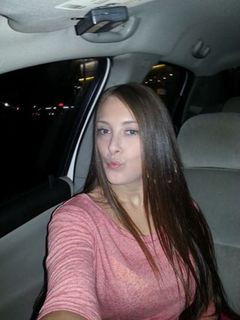 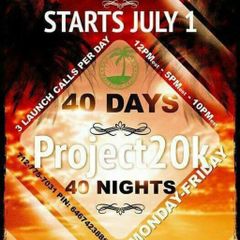