Panel - Making Games on The Side

Hosted by
Philip W. and 2 others 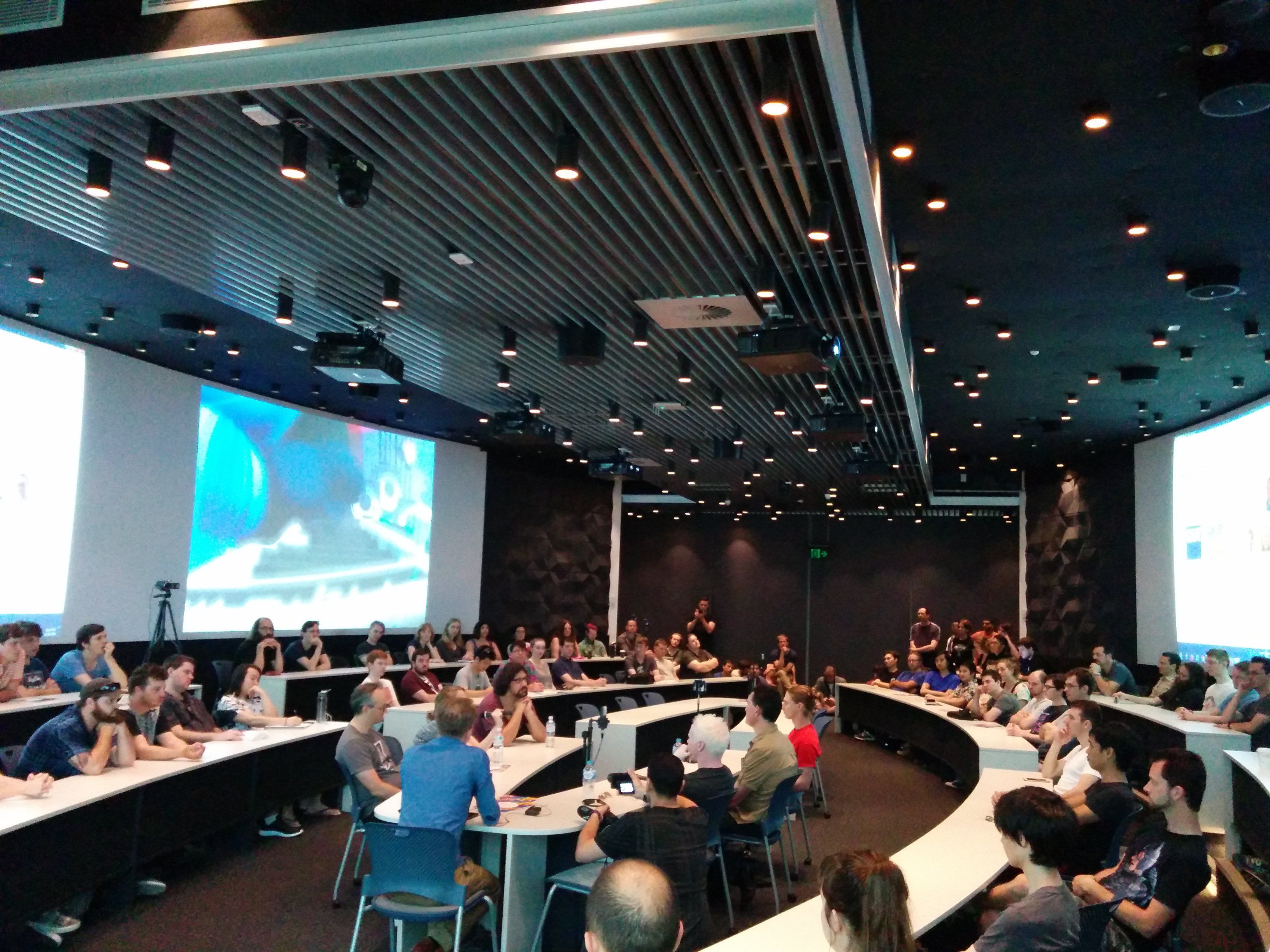 Welcome to the first 2017 edition of Game Development Brisbane! We hope you’ve all had a great holiday. We have plans right out the gate for Game Dev/Tech Brisbane this year, starting with this panel. The topic is “Making Games on the Side,” which looks at all the tricks of fitting game development in between jobs, families and hobbies.

Our panellists are James Bowling, John Passfield, Jason Christie, Christy Deena and Richard Eastes, each experts in finding ways to make games despite other obligations. Lee May will be moderating once again for us.

Our moderator, Lee is the Communications Manager at Defiant Development where he spends most of his workday tweeting about Hand of Fate. For six years he has been co-host of Zedgames, Australia’s longest-running gaming radio program, and in his spare time he has struggled and failed to make games on the side.

James is a developer with a passion for everything video game. He has worked for Krome, Defiant Development, and most recently, Spunge Games. He also runs his own independent game studio, Blocky Pixel. He has released a number of indie titles, including Astro Attack, Tail Drift, Heroes Call and Ben10 Slammers.

John has has led the creative direction on a number of PC and console games including Halloween Harry / Alien Carnage, TY the Tasmanian Tiger, Destroy All Humans! 2 as well as Facebook titles including Brainiversity, Hospital Town, Virtual Villagers, Galactic Trader and Galactic Allies. He has been making games for more than 20 years and produced over 25 games. John co-founded Interactive Binary Illusions in 1993, Gee Whiz! Entertainment in 1996, and Krome Studios in 1999. He sold 3 Blokes Studios to RockYou in 2011. He now makes games for mobile and Apple Watch.

Richard has been a hobby game developer for 15 years with a background in lawn mowing, coding and marketing. When he and his wife Toni experienced VR last year, they knew there’s a window of opportunity for rookies to make an impact. Three months later, they released Richie’s Plank Experience for the HTC Vive. It’s received over 10 million combined YouTube views, featured at CES in Las Vegas and used by VR arcades around the world.

Jason Christie is an accomplished artist with more than 20 years’ experience, 10 of those years at Krome studio working on 10 released titles including Spyro a new beginning, TY and Guardians of Ga’hoole.

Jason has worked as a photographer, teacher and a visualisation artist but his true passion has always been games. Currently working at Real Serious Games has allowed Jason to pursue his work on games in his spare time.

In 2014 Jason with along with Mark Schiemann, Simon Harrison, Harley Price and Philip Warren founded Ghost moth games releasing Stunt Truck Racing and Chick Magnet 1 and 2 for mobile with over 400k downloads.

In 2016 Jason founded a new company with James Podesta and is currently working on a PC/console game called Gangs of Asia for an late release in 2017.

Lastly, thanks to our wonderful sponsor Unity, pizza will be provided for lunch.

We look forward to seeing you all there!