Hosted by
Marc-Antoine R. and 2 others 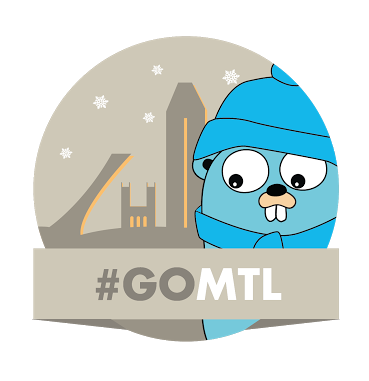 Golang is celebrating its 10th anniversary and we are happy to organize the biggest Golang Montreal meetup EVER! We will record a short video to be added to a worldwide GoTurns10 video!

Our Talks (details below)
#1: Fast indexes with roaring - Daniel Lemire
#2: Rolling out a P2P network, from scratch - Alexandre Bourget

Where
dfuse will host this event.

#1: Fast indexes with roaring - Daniel Lemire
Roaring bitmaps are a standard indexing data structure. They are
widely used in search and database engines. For example, Lucene, the
search engine powering Wikipedia relies on Roaring. The Go library
roaring implements Roaring bitmaps in Go. It is used in several
popular systems such as InfluxDB, Pilosa and Bleve. This library is
used in production in several systems, it is part of the Awesome Go
collection. After presenting the library, we will cover some advanced
Go topics such as the use of assembly language, unsafe mappings, and
so forth.

Daniel Lemire is a computer science professor at the Université du
Québec (TELUQ). He has also been a research officer at the National
Research Council of Canada and an entrepreneur. He has written over 75
peer-reviewed publications, including more than 45 journal articles.
He serves on the program committees of leading computer science
conferences. His open source software has been used by major
corporations such as Google, LinkedIn, Netflix and Facebook. He blogs
regularly on computer science at http://lemire.me/blog/.

#2: Rolling out a P2P network, from scratch - Alexandre Bourget
The challenge for this session of live coding will be to write a program that kickstarts a P2P network (using github.com/perlin-network/noise) and implement some methods (using gRPC) to swarm your network with information, like blocks and transactions. It should be pretty exciting.

Alexandre lives through technology. He wrote his first botnet at 12, later graduated in classical piano, and went on to a prolific career in software engineering, with notable open source contributions. Alexandre co-founded two startups, including Bitcredits (a bitcoin payments processor, FounderFuel 2014 Spring Cohort). He then helped PasswordBox (acquired by Intel) craft their data stack and ended up as a lead Data Scientist in the Intel Security Consumer division. He does live-coding presentations like no one else (Confoo, PyCon conferences, Golang Montreal).