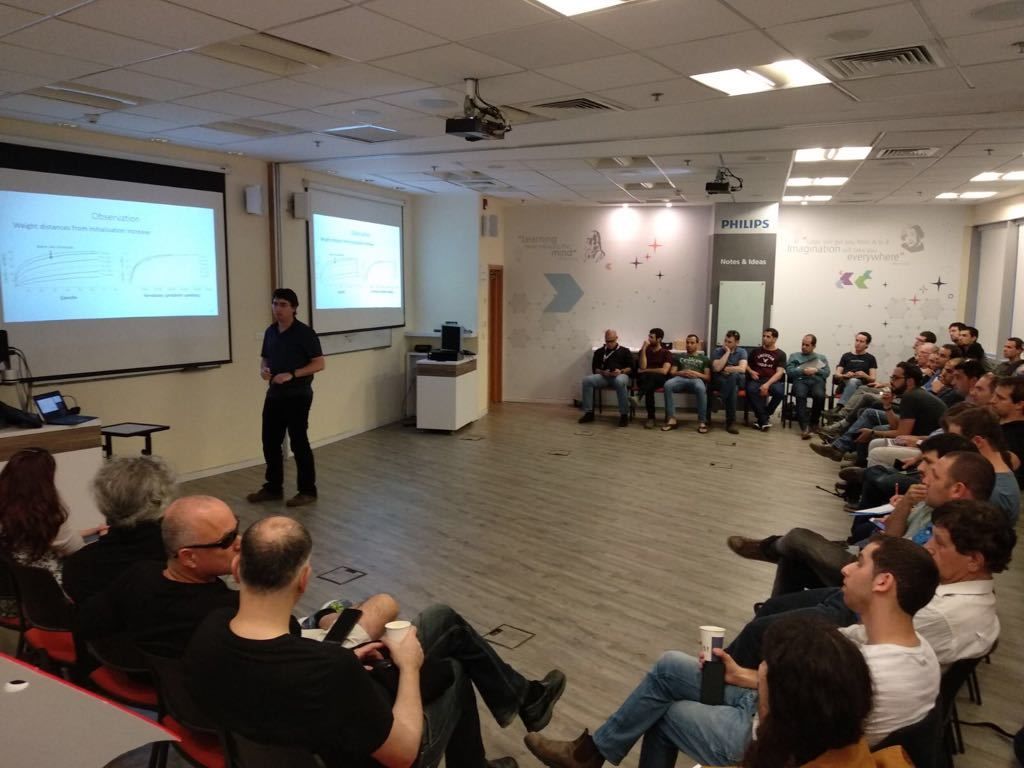 3D Face Reconstruction from a Selfie via Deep Learning:

Recovering the shape of a face from a single frame or an image is a computer vision challenge with numerous practical applications.

In this research, we introduce the first deep learning based attempt to solve this high-dimensional and complex problem.

The proposed framework is an interplay between a statistical facial shape model and classical and axiomatic shape-from-shading approaches which is realized with convolutional neural networks.

In this talk, I will cover several of our recent publications. One of which appeared as an oral presentation at CVPR 2017 and another one will appear at ICCV 2017.

Matan is a Ph.D. candidate in Computer Science at the Technion. He was a research intern at Google, Mountain View, during summer 2017. He is a recipient of the IBM fellowship for Ph.D. students. He co-founded Fitterli in 2014. Matan received B.Sc. and M.Sc (both cum-laude) in Electrical Engineering from the Technion in 2012 and 2015, respectively. He has published eight papers and two patents.

ML from Statistical Point of View

Yury is an AI Team Leader in Knowmail. Previously to that, he was Director of sector in the Central Bureau of Statistics and Lead Data Scientist at Israeli Police. He holds a Phd in statistics from the Hebrew University.