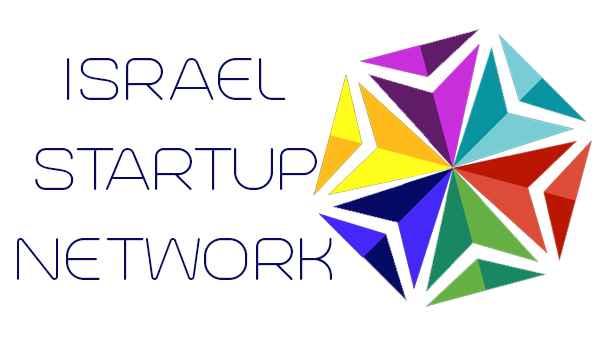 We are very happy to invite you to our next event – ‘Insights into Startup Valuation’. The event will be held on June 29th at 6 PM at Microsoft R&D, Herzlia Pituach, 13 Shenkar St., Building 6, Floor L1, Academy Room.

We have all heard that startups are over-valued, European startups are under-valued, and that Uber has a valuation of $65B! The word "valuation" is everywhere, but how do founders and investors come to agree on a number that represents the valuation of a startup? How are they determined? What is the impact from the perspective of the startup and the investor of getting this number wrong? And finally, how can founders use valuation to manage their startups better, and investors make better investment decisions?

The Presentation by Andrew Geller and Yoav Fisher, co-founders of Value Your Startup (http://valueyourstartup.com/), will cover these topics and more – plus real-world examples.

It will be followed by an All-Star Panel:

-Kevin Baxpehler, Head of the Israeli office of ProSiebenSat

Andrew Geller is Principal and Co-Founder of Value Your Startup. Prior to VYS, he was CEO at Spirala and worked for NICE Systems and Altus Group in the past. He holds an honors degree in Economics from McGill University and an MBA from Tel Aviv University. He has also completed all three levels of Chartered Financial Analyst (CFA) examinations.

Yoav Fisher is Principal and Co-Founder of VYS, and has over a decade of experience working with applied economics and strategies for companies, both internally and externally. In addition to VYS, he is the founder of New North Consulting, a boutique economic consulting firm for the public sector. Prior to VYS, he was head of the Economics Practice at Pareto Strategies. He holds an MA in Applied Economics from Tel Aviv University.

Yaron Kniejer is Managing Director at Rhodium. Prior to joining Rhodium, Yaron worked in London as an investment banker at Lehman Brothers’ Telecom & Media Group, where he was closely involved in several M&A and financing transactions. Before Lehman, he was the CFO of Mediagate, which was acquired by an Israeli telecom company, and was a Manager at Ernst & Young, where he focused on tech & telecom companies. Yaron serves as a member or observer on the Board of Directors of Rounds.com, GreenSQL, Yotpo, CaptainUp, and Face.com (up until its acquisition by Facebook). ‏ He holds an MBA from the London Business School (Distinction), and is a Certified Public Accountant.

Moshe Sarfaty is founder and co-owner of Krypton VC. He has accumulated years of experience in investment banking, trading, business valuation & strategy, and equity funds. He co-founded and managed a company in Belize, was an Investment Banker in Bank of America Merrill Lynch in NYC – part of the investment grade capital markets division. Mr. Sarfaty is a former president at Shabtai Society (formerly the Eliezer/Chai Society) and active member since 2006. He holds a dual degree in Economics and International Studies from Yale.

Kevin Baxpehler is head of the Israeli office of ProSiebenSat. He has over 10 years of experience as an entrepreneur and results-driven executive with knowledge in operations, sales, finance and strategy. He leads ProSiebenSat.1 Media's investment office in Israel, mentors and advises startups, and makes the occasional angel investment. Kevin was a founding member of BrightWire, a global media start-up, founding member of Matterhorn Transactions, founding member of consulting group “Ergo”, and worked on Wall Street for Gerson Lehrman Group and Credit Suisse. He holds a BA in IT Management from the IDC Herzliya and MBA from NYU Stern School of Business.

Royi Benyossef is the developer and community relationship programs manager at Samsung Next in Tel-Aviv which focuses on nurturing the local ecosystem and investing in early age software and services entrepreneurs and startups. Royi has been developing Android and talking about it on international stages since 2009 and for that he was accepted in 2013 to be one of the first Google experts for Android with later acknowledgement in mobile UX, IOT and wearables.

Stephanie Cherrin is the Investment and Program Manager at hub:raum, Deutsche Telekom's incubator. Prior to hub:raum she was the Chief Digital Officer at Krypton VC and held numerous key positions at Web3, Matomy, and Brightwire. She holds an MA from King's College in London.

We look forward to seeing you at this important event.