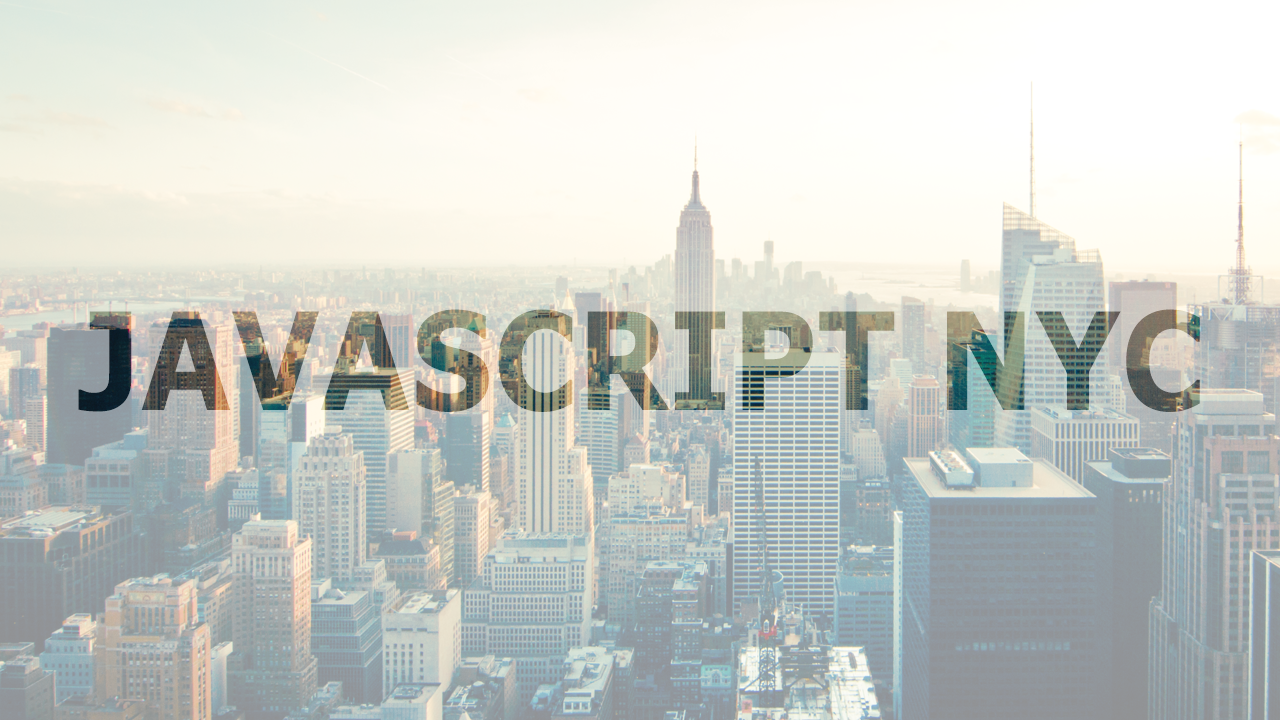 Hello world, It's that time again! Our monthly JavaScript Meetup!

Bio:`Sam Jones | @samjonester | https://samljones.com
Sam believes that empathy and openness should be a developer’s sharpest tools. He also has a strong passion for learning and teaching. He loves outside-in coding and using tests to influence a system’s design.
Sam is a double agent at Test Double living in Philadelphia, PA. He organizes Software as Craft, a meetup in Philadelphia. He is a cook and cyclist in his free time. He loves his family, craft beer, and good coffee`,

Talk_Description: `Which conveniences do we take advantage of everyday? Which are taking advantage of us?
Objects and functions sure are convenient, so convenient that we do many shortsighted things just because they're easy.
In-line objects and anonymous functions create a poor signal to noise ratio, making it hard to understand your code.
Learn ways to give confusing things names, focus on what's important, and write nicer code.`

Bio:`Peter is a Brooklyn-based software engineer who likes writing programs in JavaScript and Ruby and documenting the process with inordinately detailed notes. His most recent project is CorvoStore, an experimental, Node.JS clone of Redis. In his spare time, he enjoys parsing Russian rap lyrics.`,

Talk_Description: `Why is Redis so fast, and what data structures and algorithms make this speed possible? How does a Redis client talk with a Redis server? To answer these questions and others, a few developers and I built CorvoStore, an open-source, Node.JS clone of Redis with client and server modules downloadable via NPM. This talk will take a data-structure-level look at our implementation of CorvoStore, and then walk through the lifecycle of a client-server interaction, highlighting our server and client architecture, memory tracking, on-disk persistence and more.`

Bio:`Ignacio Fuentes is a full stack software developer Sr. Sales Engineer at Telerik. He is deeply passionate about technology and a believer in beautiful and compelling software as a means to fix the modern world's problems.`,

Talk_Description: `In this talk we will cover the cross-platform mobile application framework - NativeScript. In particular, we will dive in to specific strategies developers can use to add Machine Learning functionalities to iOS and Android apps with simple JavaScript code in a single code-base.`