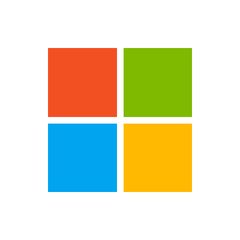 
The Jozi JVM User Group (Jozi-JUG) is a User Group which meets monthly on the last Monday of every month in and around the Johannesburg area.
The Jozi JVM User Group is for those who are interested in physically meeting to discuss Java Virtual Machine languages and related technologies. Anyone is welcome, no matter where you live, age and skill level!
For recruiters:
Please, this is for those who program Java, NOT for recruiters, NOR staffers, NOR head hunters, career creators etc. While we do love what you do, this place is a sanctuary for us Java Developers.
As a developer:
Come to our monthly meetups, Volunteer to speak at our monthly meetups by contacting the committee, Write an article for the Jozi-JUG online community,

Our goals are to:

If you think talking about Java and tech after hours is like working then this group is not for you. If you think programming in the coding zone is the highest spiritual state any human bean can obtain then you will feel right at home.
The Jozi JUG is dedicated to a harassment-free experience for everyone. Our anti-harassment policy can be found here.

Brian Kernighan said: “Debugging is twice as hard as writing the code in the first place.” In fact, debugging in a modern K8s production environment is even harder with the orchestrator spinning containers up and down all around you and weird networking wizardry that keeps everything glued together. In this webinar, we will explore the newly released kubectl debug feature, the open-source KoolKits project, and the notion of Continuous Observability.

Shai is a Developer Advocate at Lightrun. He’s a JavaOne rockstar that has been developing software professionally for ~30 years, a published author, an open-source contributor, an experienced trainer, and a public speaker. He picked up Java's first public beta when it was originally released, and later on moved to VM porting/authoring/internals and development tools including a 12-year period at Sun/Oracle.
He is also the co-founder of Codename One, an Open Source project that allows Java developers to build native applications for all mobile platforms in Java.

Don't miss out on the giveaway of a Jetbrains coupon.

Policy:
The Jozi Java User Group (Jozi-JUG) is dedicated to a harassment-free experience for everyone. Our anti-harassment policy can be found here (https://github.com/Jozi-JUG/constitution/blob/master/anti_harassment_policy.txt)