Stream Processing Best Practices - In the Cloud and with Apache Ignite 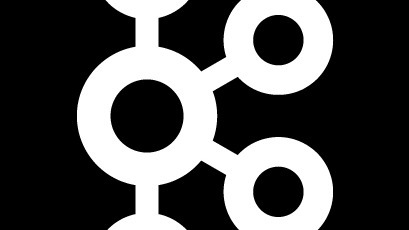 Excited to be presenting two speakers on 11/28! Here are the details. Please tell your friends and colleagues!

Abstract: Learn some of the best practices companies have used for making Apache Kafka and Apache Ignite scale.
Making stream processing scale requires making all the components --including messaging, processing, storage -- scale together. During this talk, Akmal will explain:

• The integration between Apache Ignite and Kafka and the commercially supported versions, GridGain and Confluent

• Examples of how Ignite and Kafka are used together

• Tips and tricks for performance and scalability tuning

• Answers to your questions

Bio: Akmal Chaudhri, Ph.D, is the technology evangelist for Apache Ignite and GridGain. His role is to help build the global Apache Ignite community and raise awareness through presentations and technical writing. Akmal has over 25 years experience in IT and has previously held roles as a developer, consultant, product strategist and technical trainer. He has worked for several blue-chip companies such as Reuters and IBM, and also the Big Data startups Hortonworks (Hadoop) and DataStax (Cassandra NoSQL Database).

He has regularly presented at many international conferences and served on the program committees for a number of major conferences and workshops. He has published and presented widely and edited or co-edited 10 books. He holds a BSc (1st Class Hons.) in Computing and Information Systems, MSc in Business Systems Analysis and Design and a PhD in Computer Science. He is a Member of the British Computer Society (MBCS) and a Chartered IT Professional (CITP).

Second speaker: Ricardo Ferreira
Title: Making Stream Processing the Right Way in the Cloud using Apache Kafka®
Abstract:
Apache Kafka is rapidly becoming the official backbone that organizations use to stream data in and out. While it has been quite successful in hundreds of On-Premise deployments, now it is the time to rethink how Cloud-Native applications are designed to interact with it while running in the Cloud. Moving Apache Kafka to the Cloud introduces several new challenges such as network communication across regions and availability zones, keeping data secure while in-transit and at-rest, as well as typical distributed systems problems such as consistency, availability and performance.

This presentation will explain the pros-and-cons of different approaches to run Apache Kafka in the Cloud, as well as explain which resources are available out there to make the developer's life easier. It will also show an end-2-end Cloud implementation that involves production, consumption and data streaming with an Cloud-architecture created on-the-fly. Finally, the audience will get the chance to play with the application via their mobile phones and generate events that will be processed *as they happen* with KSQL running in the Cloud.

Bio: Ricardo is a Developer Advocate at Confluent — the company founded by the creators of Apache Kafka. He has +21 years of experience working with Software Development, where he specialized in different Distributed Systems architectures such as Integration, SOA, NoSQL, Messaging, In-Memory Caching and Cloud Computing. Prior to Confluent he worked for other vendors such as Oracle, Red Hat and IONA Technologies, as well as several consulting firms. While not working and like any good Brazilian — he loves doing Churrasco’s (i.e.: Brazilian Barbecue) with his friends & family, where he get the chance to talk about anything that is not geek related. He can be easily found on Twitter @riferrei or via his blog https://riferrei.net.