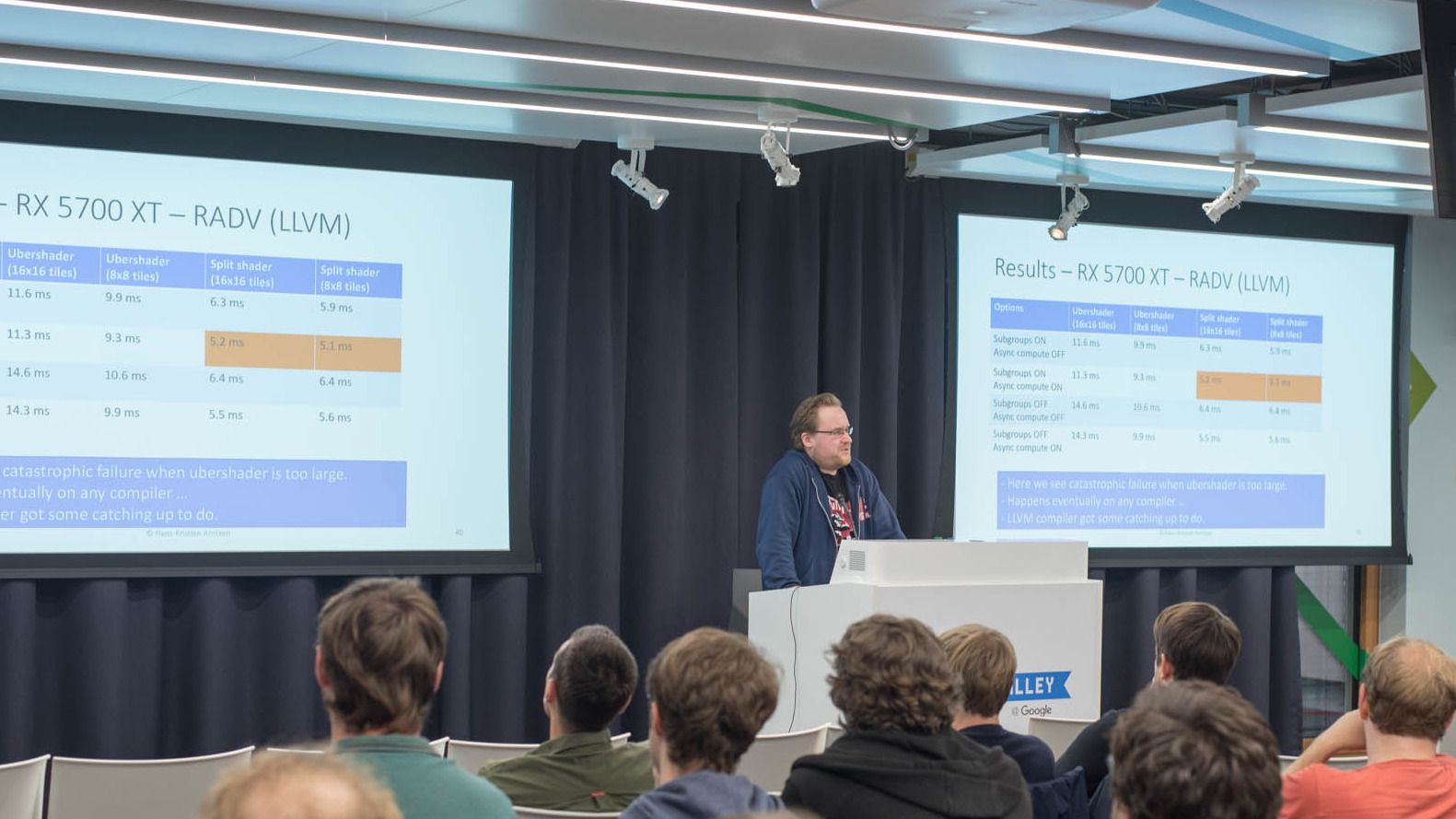 Once more, we're meeting in October, and we'll be meeting at the Google Engineering Center Munich again. We'd like to thank Google for generously hosting us in their event space and providing us with food & drinks, as well as the Khronos Group for their continued support!

Accurately emulating behavior of legacy graphics chips can be quite difficult with the typical modern graphics pipeline. Rasterization rules and especially framebuffer blending, AA and Z-buffer might behave in particular ways which is very slow to replicate through normal means.
Moving to a compute based software renderer might be feasible in these cases. The talk will show some interesting use cases for Vulkan 1.1 subgroups, compute derivatives, VK_EXT_shader_subgroup_size_control
extension along with 8/16-bit integer extensions.

Hans-Kristian is an independent Vulkan enthusiast and maintains the open source projects SPIRV-Cross as well as Fossilize for Valve. He previously worked at Arm hacking on the Mali GPUs.

Samsung Electronics has been at the forefront of shaping Vulkan for mobile, working closely with game studios to help get the best performance on mobile GPUs. Come hear from Alon, part of Samsung's Galaxy GameDev team, on their recent experience porting titles including Call of Duty and Fortnite to Android.

# 3 Overview of rlsl, a Rust to SPIR-V compiler

Maik Klein from Embark Studios will present rlsl: Rlsl can translate a subset of Rust to SPIR-V. This talk will explain the benefits of using Rust on the GPU, how it works internally and what the challenges are of translating a high level programming language to SPIR-V.

As we're in the Google Engineering Center with entry controls, we will forward the list of attendee names ahead of time to Google to simplify the check-in process. We will only forward the meetup user name as it appears here on this site in the attendee list as well.