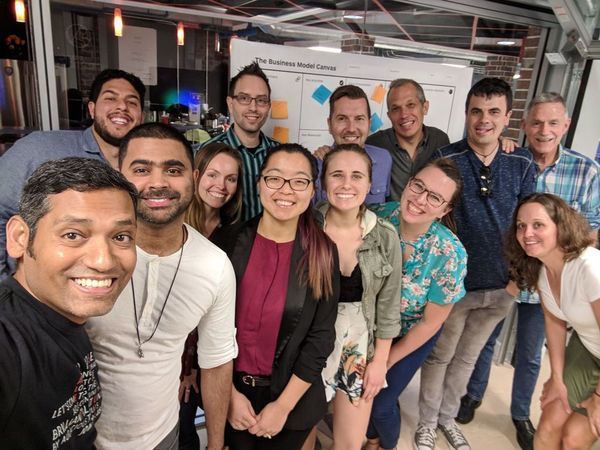 Enter the double sliding doors next to Tier Nightclub. Then take the elevator to the 5th floor. Catalyst is the room directly ahead.

A Government program handed out $2 billion of grants to start-ups, and the result was 125 failures in a row. The Lean Start-up Methodology wasn’t working, and early-stage money wasn’t preventing the failures.
What was the problem? … An early stage venture fund invested in 45 companies that had successful exits that returned hundreds of millions of dollars to the founders and the investors, but none of the 45 start-up pitch decks presented the correct reasons why the companies had big exits. What was the problem? Richard Fox will present his personal experiences that explain the problem behind the company failures and the reason the pitch decks were faulty.

Who is Richard?
Richard Fox has thirty years of experience in the creation of new companies from defense and aerospace technology. He is a Venture Partner in the IDEA Fund, and is active in the formation and growth of innovative companies in Central Florida.

Richard and two partners took an operation of Westinghouse private. In that company, Richard led a team to develop one of the first machine vision systems, and sold that business to Gould Modicon. Richard repeated that cycle as the President of the Central Florida Innovation Corporation, where he guided the launch of several companies in the image processing and telecommunications industries. Lockheed Martin was the source of technology, and a partner in the launch, of three of those companies.

Richard frequently is a coach to new high-growth companies. He served on the Florida Seed Capital Board and has been a member of several task forces for the State of Florida on venture capital and seed capital investing. He was an executive member of the board of the National Association of Seed and Venture Funds, and is an active reviewer of SBIR proposals for the National Science Foundation. Recently, Richard has been quoted in Nature magazine, Entrepreneur magazine, and the New York Times.

Richard is a well-known speaker on the subject of new company creation by professional teams. He earned his B.S. degree in physics from M.I.T., and holds 14 patents on the application of computers to industrial processes, and on medical devices.

Why come out?
If wholehearted people who want to bring genuine value to our world sound like the kind people you want to meet... Then this event is for you!! Join us at Catalyst spaces in Downtown Orlando to learn from one of Orlando’s finest leaders of social ventures, as well as other incredible community members too!

Ciber, Global will be providing Pizza..... yummy... delicious... pizza. For more information on Ciber please visit their website at www.ciber.com.

BYOQ:
Open 20 mins to Bring Your Own Questions about social enterprise, startups, enterprise innovation or methodology. Get advice from experienced innovators in the room.

We look forward to seeing you!

Please RSVP so we can reserve a slice and a seat for you ;)