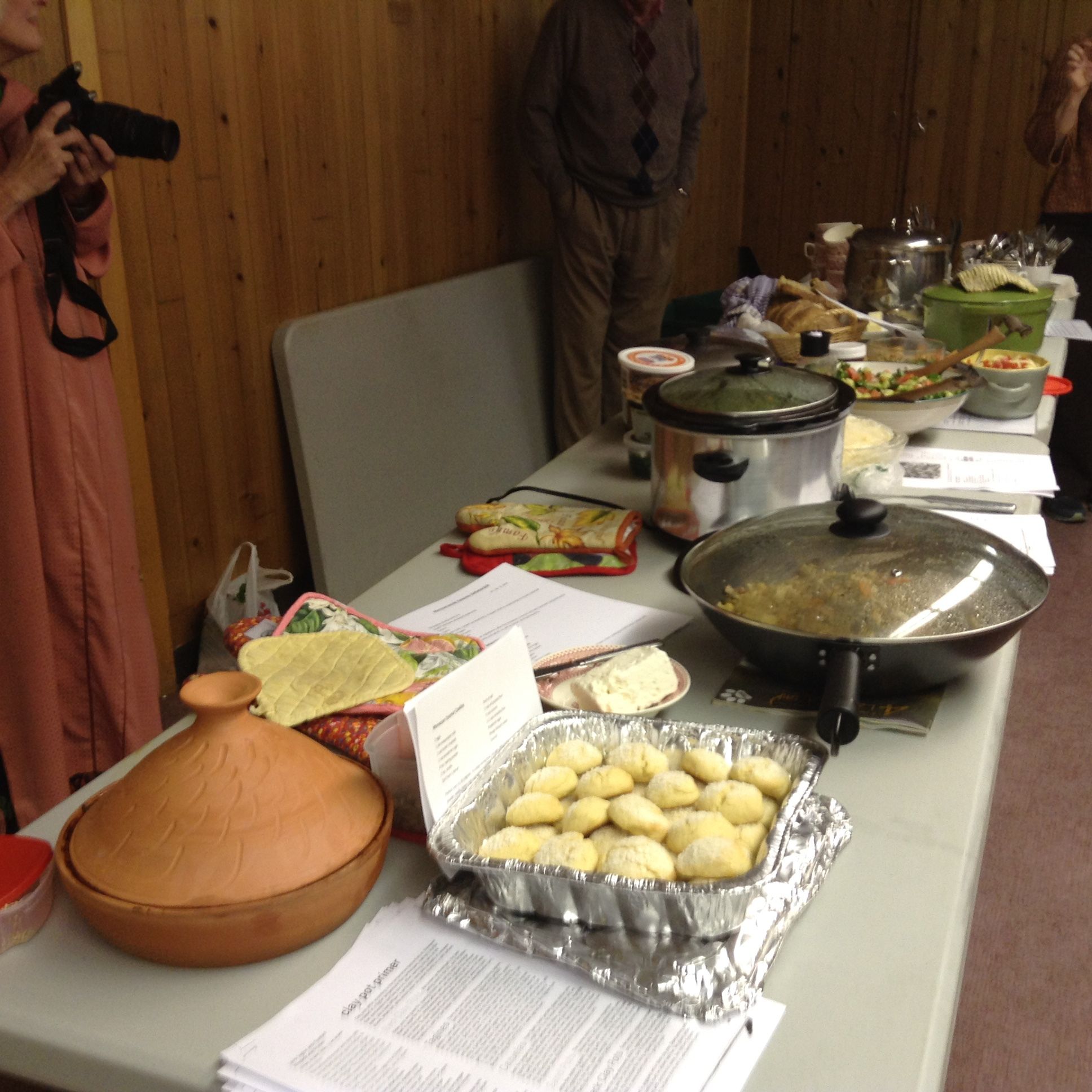 Park at the rear of the Library and enter through the rear door. The Library is closed while we meet so this is the only way in.

There are some distinct similarities between the Spanish & Portuguese cuisines, but also some notable differences. Both countries’ diets have a heavy focus on seafood, with squid and shellfish dishes in abundance. Portugal’s love of bacalhau (salted cod fish) far overshadows that of its Spanish neighbor, with a reputed 365 ways of serving bacalhau available in Portugal.

Both diets are rich in fresh, seasonal and locally available ingredients, accompanied by excellent local wines. Gourmet olive oils abound, along with a huge choice of chouriço and excellent local cheeses. Spanish tapas are mirrored by the Portuguese petiscos, which are small plates of individual dishes, often served in bars as an accompaniment to your drinks. They include a wide range of meat, fish and other delicacies.

The cuisine of Portugal, like that of Spain, originates largely from peasant food – hearty, rice-heavy dishes that are filling and cheap to create, such as paella in Spain and arroz de pato in Portugal. In both countries tomato and bean-based stews are common, although in modern times this is more in evidence in the Portuguese diet than the Spanish.

The use of herbs and spices is one of the distinctive differences between Spanish food and Portuguese. Saffron, paprika and parsley sum up the flavors of Spain, while piri piri (potent small chilli peppers), coriander and bay are the flavors of Portugal.