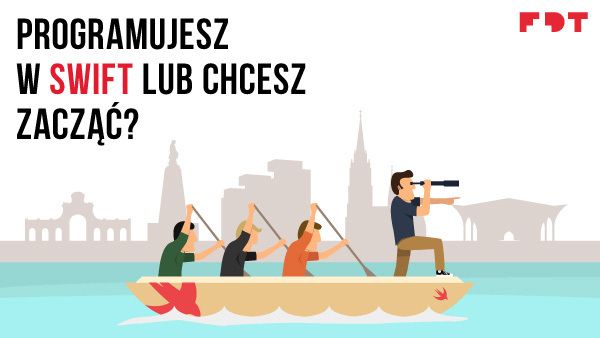 about him: Senior Software Engineer, currently at YND Consult, earlier iOS Architect at mBank.
Working full time in Swift. Having a background in C/C++, mobile banking, and distributed VoIP servers. Experienced in maintaining large and long-term projects. Privately father of two kids and LEGO enthusiast.
Follow him on Twitter: @tgebarowski

presentation: Is code duplication the root of all evil? Should I always write a generic code? How to make others life harder?
A subjective journey through common iOS anti-patterns, not so best practices and code smells from the perspective of an experienced Software Engineer.
Based on ~10 years of commercial experience, thousands of code reviews, made with a dose of pragmatism.

about him: Michał is an iOS developer @ Five.Twelve.
Started tinkering with software 10 years ago as a web developer. He was playing with iPhone SDK since iOS 4 and then with Swift just after the first release. Mike is passionate about creating and learning new things.
Follow him on Twitter: @mikemikina

presentation: Since 2015 when Swift became open source, we can use it not only for iOS. Server side Swift became a thing. Now we can use our favorite language also on a server. I will talk about my experience using Vapor framework, what's possible, what to expect, and what still has to be done.