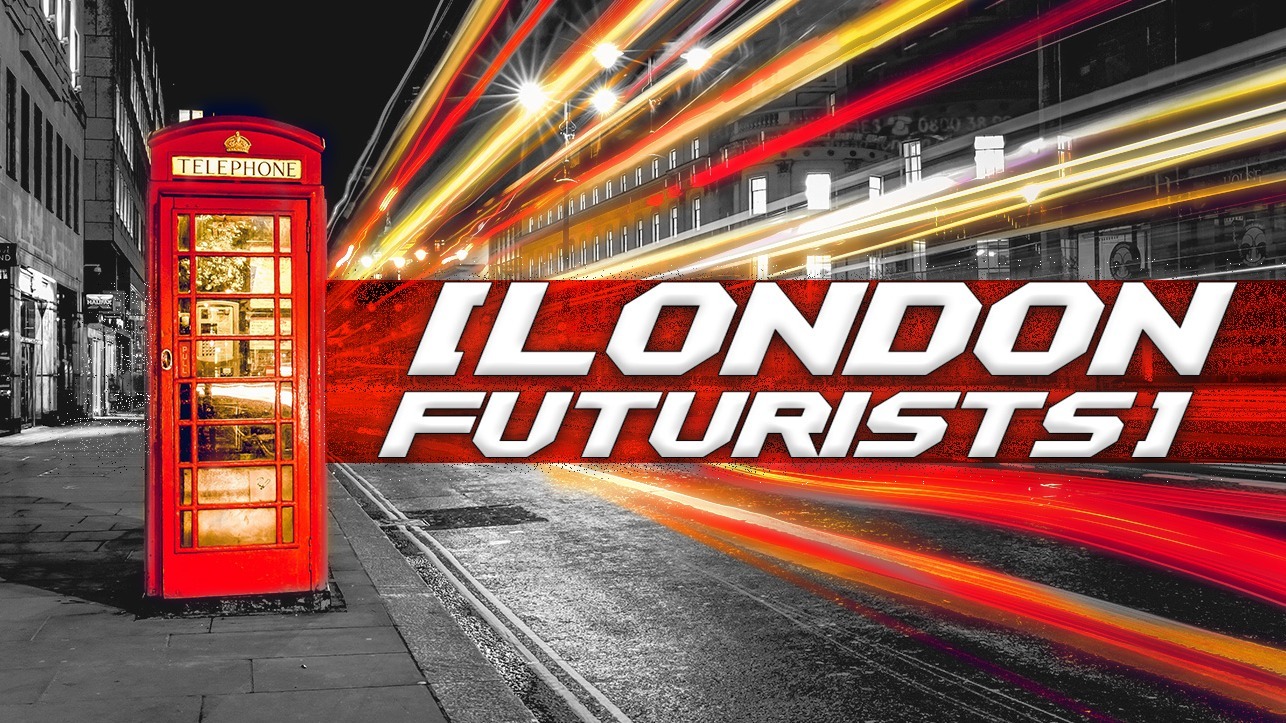 Will technology provide us the means to slow down and even reverse aging? If so, what are the consequences? Should we seek to avoid that outcome, or to accelerate towards it more quickly?

Note: this talk is largely a repeat of the one held on 25th April (https://www.meetup.com/London-Futurists/events/238493468/) (also with Funzing), except that some parts will be updated with analysis of recent breakthroughs. In view of the high numbers of positive reviews by attendees (http://uk.funzing.com/funz/ldn-talks-night-is-tech-the-end-of-getting-old-9331), Funzing have requested a re-run.

For full details of the event, and to register to take part, visit this link (http://uk.funzing.com/funz/9331).

It’s a big “if”, but if we decide as a species to make this project a priority, there’s around a 50% chance that practical rejuvenation therapies resulting in the comprehensive reversal of aging will be widely available as early as 2040.

People everywhere, on the application of these treatments, will, if they wish, stop becoming biologically older. Instead, again if they wish, they’ll start to become biologically younger, in both body and mind, as rejuvenation therapies take hold. In short, everyone will have the option to become ageless.

This suggestion tends to provoke two powerful objections. First, people say that it’s not possible that such treatments are going to exist in any meaningful timescale any time soon. In other words, they insist that human rejuvenation can’t be done. It’s wishful thinking to suppose otherwise, they say. It’s bad science. It’s naively over-optimistic. It’s ignorant of the long history of failures in this field. The technical challenges remain overwhelmingly difficult.

Secondly, people say that any such treatments would be socially destructive and morally indefensible. In other words, they insist that human rejuvenation shouldn’t be done. It’s essentially a selfish idea, they say – an idea with all kinds of undesirable consequences for societal harmony or planetary well-being. It’s an arrogant idea, from immature minds. It’s an idea that deserves to be strangled.

Can’t be done; shouldn’t be done – this talk will argue that both these objections are profoundly wrong. The speaker will argue instead that rejuvenation is a noble, highly desirable, eminently practical destiny for our species – a “Humanity+” destiny that could be achieved within just one human generation from now. The abolition of aging is set to take its place on the upward arc of human social progress, echoing developments such as the abolition of slavery, the abolition of racism, and the abolition of poverty.

In more detail, the talk will highlight issues and opportunities about:

The talk will also

• Consider steps that we can all take to increase the chance of us living long enough to be able to reach the point of wide availability of these therapies.

Doors will open at 7pm. The talk will begin promptly at 7.30pm. There will be plenty of opportunity to raise questions and become involved in the discussion.

Confirmation of the venue (Cafe 1001, 61 Brick Lane, London, E1 6QL) will be provided to attendees once they have registered on the Funzing event site (http://uk.funzing.com/funz/9331).

Note that RSVP'ing on this meetup page lets your friends and colleagues know that you plan to attend, but you'll have to register on the Funzing site too.