Hello everyone! My name is Sam and I'd like to welcome you to a fabulous group for the following Myers Briggs personality types:

We are the iNtuitive feelers also known as dreamers and idealists!

You can find out if you are one of us at:

Please note the purpose of this group is to create a space for iNtuitive feelers only, not for other types or people with no knowledge of MBTI who are simply using it for drinking, socialising and dating.

Our main activity is a regular social event where people are encouraged to get to know each other and take part in friendly casual discussions about big questions regarding life, philosophy, psychology, the arts, sciences and social sciences. We can also organise other events depending on interest.

People often tell me that our events have a good atmosphere. I think this is because we are a group that prides itself on a style of communication that promotes peace, harmony, support and encouragement. This style of communication is sometimes known as "loving speech" but of course it also allows for plenty of what we might call "loving disagreement" too.

We are a group that values both truth and kindness. We adore debates and discussions - and it's okay to engage in a bit of "playful combat" - but it's equally vital to express yourself in a gentle, friendly, supportive and harmonious way guided by "care bear diplomacy". Avoid anything harsh, shaming, coldly sarcastic, condescending, dismissive or antagonistic.

That will probably seem obvious but it may not always be as easy for everyone in practice. It's okay if you get it wrong, what matters is striving to get it right. And so, I have provided a few useful examples of the kind of behaviour we would NOT expect to see at our events. None of these are unforgivable but they are the sort of thing we would generally discourage...

It may occur to you that what someone is saying is "stupid" or "ridiculous": it's not a crime to think that but there's no need to say it. Words like that come across as slightly aggressive, unpleasant, dismissive, insulting and arrogant. They go against the supportive, encouraging atmosphere we want to create. So just be kind and keep an open mind. A good slogan: "No matter how certain I feel, I could always be wrong and they could somehow be right".

You may think that someone is ignorant about something and that they "should" know better: there's no need to point that out. After all, we want to create a positive learning environment rather than making anyone feel embarrassed about not knowing something. Good slogans might include: "We all have gaps in our knowledge" and "There's no such thing as a silly question".

You may think that someone is not doing something properly. Maybe they engage in "too much" small talk, ask the "wrong" question or explain something "badly": it's okay to think that but try to avoid being openly critical about it. Allow them to have their way and you can have yours. Good slogans might include: "Live and let live" and "It takes all sorts to make a world".

You may think that someone's views are wrong and then be tempted to talk to them as if they are a bit evil: try to assume that they are a good person with surprisingly valid or at very least understandable reasons for holding their own views. You cannot read anyone's mind and you are not there to judge their character anyway. A good slogan might be "Don't assume the worst".

When you debate in a very competitive way then this provokes a defensive response. But when you stay friendly and merely explore possibilities by saying "I could be totally wrong but how about this idea?" then you are more likely to get the other person to open their mind. They will no longer feel as if they "lose" by agreeing with you or by slightly adapting their viewpoint.

I'm sure you get the idea anyway: just try to be nice to everyone. Whatever you think about anyone or their opinions, just be nice anyway. Feel free to disagree but tell them why you disagree in the nicest, most gentle, caring and fluffy manner. We want all of the human beings at our events to feel good. This creates a friendly, harmonious atmosphere and makes for a great group.

Loving speech also has wider significance. There may be a temptation to judge someone but there is often a lot going on deep beneath the surface of what we see and hear. Yet with our speech, we always have a chance to make the world a slightly kinder place. Loving speech encourages people to truly relax, express themselves authentically and develop as human beings.

THE COST OF THIS MEETUP GROUP >

The group is FREE if you are attending up to three times a year. If you attend more than three times a year then you are not obliged to pay anything but I would certainly appreciate a contribution towards my Meetup fees preferably in the form of the drink of my choice (about once a year is fine).

A BRIEF INTRODUCTION TO MYERS BRIGGS >

Here is an explanation of Myers Briggs that I've recently cobbled together. It isn't perfect by any means but it's probably okay for beginners. At some point, I hope to improve it with the help of other members.

The Myers-Briggs Type Indicator (MBTI) is a system which provides a very interesting way of understanding different kinds of people. The system divides the human race into 16 broad groups or overall personality types.

Rather than grouping people by age, race, gender, occupation or their favourite TV shows, the Myers-Briggs system focuses on special psychological preferences that play an important role in how each personality is formed during childhood.

These key preferences are about how we experience life and especially how we process our experiences so they are known as processing traits.

According to Myers-Briggs, we are all shaped by four important preferences when it comes to how to process our experiences. These preferences make each of us more or less:

These are the four pairs of processing traits in the Myers Briggs system. For each pair, we tend to lean more towards one processing approach than the other. Here is what each of those pairs describes:

2. Sensing-iNtuiting > this is about HOW WE TEND TO PERCEIVE THINGS, either by SENSING what there is OR by INTUITING possibilities that may exist beyond appearances, beneath the surface or between the lines. Sensors tend to be down-to-earth and more interested in what they can experience directly whereas iNtuitives are more interested in interpretations and hunches about reality including those which emanate from the symbolic, linguistic and unconscious realm. The majority of people are sensors and many of them may come across to iNtuitives as rather superficial since they are stuck in the somewhat mundane confines of what is whereas iNtuitives are fascinated by what could be, sometimes to the extent of dangerously confusing it with reality...

3. Thinking-Feeling > this is about HOW WE TEND TO JUDGE THINGS, i.e. either by THINKING of an impersonal conclusion that is logical, factual, consistent and concerned with objective considerations of cause and effect OR by subjectively finding our way to a conclusion which expresses what we FEEL strongly about. Compared to feelers, thinkers will sometimes lack emotional intelligence such as the understanding of important social signals about thoughts and needs which are often communicated through feelings. Compared to thinkers, feelers tend to be more emotional and will not always critically consider whether an opposing way of seeing things might be true. As a result of their feeling approach, they could be more agreeable and care more about the feelings of others or they could be more self-absorbed and concerned more with their own feelings and sense of "emotional certainty" over the needs and valid opinions of others...

4. Judging-Perceiving > this is about WHETHER WE ARE MORE LIKELY TO DRAW ORGANISING CONCLUSIONS ABOUT EXPERIENCES OR REMAIN CURIOUS, SPONTANEOUS AND OPEN-MINDED while continuing to perceive. Judging types like to have things understood, settled and decided relatively early whereas perceiving types like to keep their options open to change, creativity and chance...

HOW THE 4 PREFERENCES ARE USED IN MYERS-BRIGGS >

It's important to state that every human being will exhibit ALL of the above processing traits, focusing on BOTH the Inner and External world at different times, perceiving through both Sensing and iNtuition, being capable of both Thinking and Feeling as well as Judging and Perceiving on different occasions. However, the leaning towards one or another processing trait within each pair is developmentally significant.

You may have noticed that iNtuition is represented with an "N" rather than an "I". This is because "I" already represents "Introversion", hence the capitalisation of the "N" in "iNtuiting", "iNtuition" and "iNtuitive".

The four preferences are described using letters and dashes as follows:

They are then placed together side-by-side to describe a personality type as follows:

Examples of a personality type include "INFP" or "ESTJ".

Altogether, there are 16 personality types based on every combination of the 4 major processing preferences.

THE PERCEPTIVE AND JUDGING PROCESSES >

The last category [J-P] also plays a special role because it tells us whether a personality's particular perceptive process [S or N] or particular judging process [T or F] is their most dominant processing preference.

After all, not all of our processing preferences play an equal role in shaping our personality. For example, there are two types of personality starting with INF: INFJ and INFP. They are similar personality types in some ways but INFJs put iNtuition over Feeling whereas INFPs put Feeling over iNtuition and that makes a big difference.

Cognitive functions are the real core of Myers Briggs. They describe what happens to processing traits when they are applied more to the inner or the outer world. Each function has its own two-letter code as follows:

Every Myers Briggs personality has two main cognitive functions (a dominant function and an auxiliary or secondary function). For example, an INFJ's main two functions are introverted iNtuition (Ni) followed by Extroverted Feeling (Fe) whereas an INFP's top functions are introverted Feeling (Fi) followed by Extroverted iNtuition (Ne). Here is a rough description of each cognitive function:

Introverted Intuition (Ni) - sees possibilities based on flashes, notions or visions largely emanating from the unconscious, often gradually weaving these into a consistent idea or framework

Extraverted Intuition (Ne) - sees possibilities based on flashes, notions or visions largely based on the external world but also inspired by inputs from the unconscious

Introverted Feeling (Fi) - seeks harmony of action and thoughts with personal values. May not always articulate those values.

Extraverted Feeling (Fe) - seeks harmony with and between people in the outside world. Interpersonal and cultural values are important.

Introverted Thinking (Ti) - seeks internal consistency and logic of ideas. Trusts his or her internal framework, which may be difficult to explain to others.

Extraverted Thinking (Te) - seeks logic and consistency in the outside world. Concern for external laws and rules.

Introverted Sensing (Si) - compares present facts and experiences to past experience. Trusts the past. Stores sensory data for future use.

Extraverted Sensing (Se) - acts on concrete data from here and now. Trusts the present, then lets it go.

Here are the primary and auxiliary functions for INtuitive feelers:

Each personality type has a "function stack" consisting of the main two (primary and auxiliary) functions and then a tertiary and fourth (inferior) function. The last two are more basic but can be developed later in life. 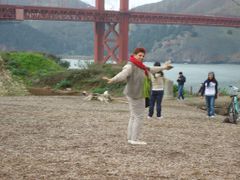 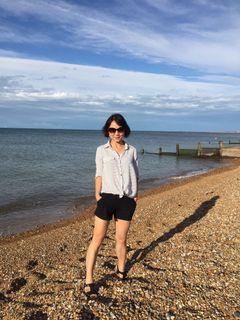 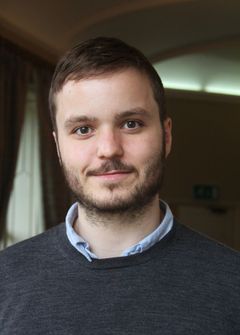 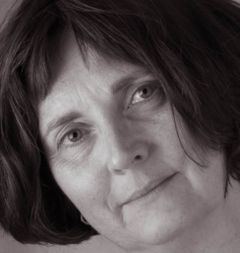 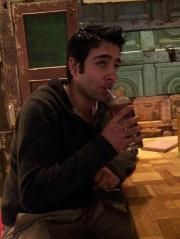 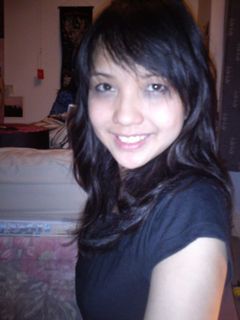 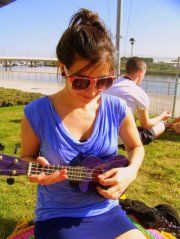 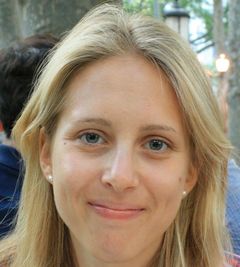 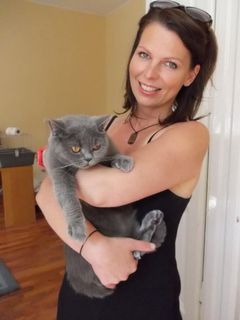 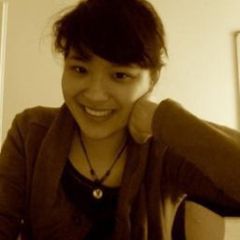 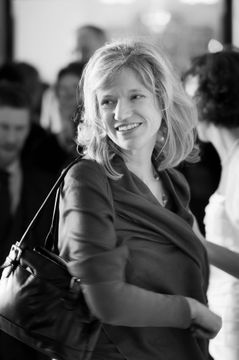