There are 4-6 outdoor events each year sponsored by the Middlesex Canal Association.

The events consist of walks and bicycle rides, and canal clean-ups. It's an opportunity to learn about the history of the canal as you follow parts of the former canal bed. The event is ideal for families and all, to learn about interesting local history and get outdoors! For planning purposes you should generally assume 2-3 hours of time for each event.

I attended my first walk back in the early 1970's when my father would bring us along. Although much of it is now buried or overgrown, where remnants do exist, they do give context to this amazing civil engineering feat!

The information contained in the following expanded fact list comes directly from the original"Facts Everyone Should Know" compiled by Betty Bigwood; information from Mary Stetson Clarke's book, "The Old Middlesex Canal," and the narrative summary, Appendix C, from the Phase IV Middlesex Canal Comprehensive Survey, written in 1999 by Virginia A Adams and Matthew AKierstead. Additional facts offered by Bill Gerber were incorporated as well.

Boston area businessmen, merchants, and farmers began to search for more efficient means of both oataining needed sources of raw materials, primarily timber, as well as an fmproved method of distributing their own goods. (From Boston to a great distance inland, the land was deforested.) The canal was a solution to costly and difficult overland transportation that hampered trade in the north­ south axis between Boston and the Merrimack River Valley.

Two possible routes were proposed for the Canal: an eastern route which would have passed through the towns of Stoneham and Reading, and a western one passing through Woburn and Wilmington, which was the adopted route.

The Middlesex Canal construction was one of the first major engineering projects in the United States.. .,

It is the one of the oldest regional traction canals (boats pulled by horse, mule, or oxen) in the United States. Earlier ones included the Pawtucket Canal, Louisiana's Carondelet Canal, and the Dismal Swamp.

The first surveyor's Wye level ever used in America was brought by William Weston, an English civil engineer, who consulted with Canal officers in 1794 for accurate leveling.

To raise money to build the canal, one of the earliest American corporations which sold private shares was formed. Among the original shareholders were future presidents John Adams and John Quincy Adams, Governor of MA. John Hancock, James Sullivan, James Winthrop and Loammi Baldwin.

The canal was dug by hand (using pickaxes, shovels, wheelbarrows) a distance of 27 miles from Charlestown to what was then East Chelmsford over a period of ten years (1793-1803).

The final design called for a trench which was 20 feet wide at the bottom and widened to 30.5 feet at the waterline, with a 10 foot wide towpath, which lay to the east and a 5 foot wide berm which was, situated on the western bank. In some areas of the canal, the towpath did switch sides. The depth of the canal was typically 3.5 feet.

Ground was broken on September 10, 1794 at the west bank of the Concord River in North Billerica. To speed up work, the first Superintendent of the Canal Corppration, Loammi Baldwin, introduced the practice of small individual contracts for short sections of excavation thereby enabling multiple sites to be dug simultaneously. Baldwin was born in Woburn, MA. and served as a alongside future President George Washington (a major proponent of canals) during the Revolutionary War.

The Canal was designed so that water flowed into it from the Concord River at its highest point at the Billerica Mill Pond 107.9 feet above sea level. However, at many points on the route, locks were constructed to meet the required changes in height. For example, where the Canal met the Merrimack River in Middlesex Village there was a difference in height of 27 feet, and consequently a set three stone locks was required to move the barges from the Canal down to the level ofthe river.

At eighty feet long and ten to eleven feet in width, the locks on the Canal were only able to raise or lower one raft or boat at a time. A total of 20 locks were needed to traverse the height differences of 27 feet to the Merrimack and 108 feet to Boston.

An early use of hydraulic cement in the United States was needed to mortar the granite blocks in the Merrimack River locks. This special cement was shipped from St. Eustatia Island in the West Indies.

To better seal the walls of the Canal proper, the technique of puddling was used. This waterproofed the walls by applying several layers of clay to them and then pounding them to compress the clay further. The small amount of water that did leak out into the surrounding land was accepted by most neighboring residents as a natural consequence.• Dump carts, the forerunner of the dump truck, variations of which had been used throughout history, were employed to speed up the movement of vast quantities of dirt.

The practice of not allowing the waters of any stream to mix with the waters of the canal, frequently used in England during their 18th century canal building explosion as well as since ancient times , was accepted by Baldwin. Consequently many aqueducts and culverts had to be constructed in order to provide a single unobstructed path for the Canal.

The aqueduct over the Shawsheen River (one of the drawings in the Museum) was a good example of Baldwin's use of large granite blocks in their construction. It consisted of two abutments, and four central piers, all made of granite, built to support a wooden trough carrying the canal. The aqueduct was 35 feet above the Shawsheen River and 188 feet long. A total of 8 aqueducts were needed along the length of the Canal.

It took a horse and wagon 3-4 days to carry 2-3 tons from Charlestown to East Chelmsford over poorly maintained roads. A canal boat could make the same trip in one day carrying 25 tons on the canal. One team of oxen could carcy 100 tons of cargo on the canal: the same weight would require So teams of oxen on land! On the canal, the maximum weight on a freight boat was about 30 tons. Typically, they carried 15 to 20 tons. This improved cargo transportation dramatically.

Barges and rafts brought agricultural products, timber, building stone and other raw materials and bulk commodities from as far north as the Baker River, just north of Concord, NH. to the canal towns. and south to Boston markets. Imported ocean trade products and manufactured goods were moved from Boston to new markets to the north.

Passage on the canal was forbidden at night and taverns were generally located at lock and basin sites for the evening accommodation of boatmen and passengers. A maximum speed of four miles per hour was established as well as a strict hierarchy of boats which determined which boats could pass others and which must allow themselves to be passed. The boat climbing upward in level generally had the right of way. For log rafts, the maximum speed was 1 1/ 2 mph; for the freight boats, 2 1/ 2 mph; and 4 mph for the packet boats.

In 1803 theCanal Corporation bought the entire Charlestown Mill Pond as well as its dams and mills. A second floating towpath was constructed, using a completely different method than the one at the Condord. After being towed along the edge of the Mill Pond, the boats would pass through a set of locks down to the Charles River. They'd pass across the Charles by towing themselves along a warp line fastened to weighed down cables until they reached the Boston side. Boats then entered a canal that was cut through the newly made land to Haymarket Square, and then joined Mill Creek, which had
been excavated many years earlier, ending at the Town Dock; a wharf on the seaward side of Boston.

After extending the Middlesex Canal southward, John L. Sullivan (son of James, the first President of the Canal Corporation) began work on extending the canal northward by establishing several sets of canals and locks that would help boats navigate the Merrimack River's dangerous falls and rapids. By 1814, a fully navigable route had been established between the two state capitols, Boston and Concord,N.H. There were 11 canals, containing a total of 23 locks.

The Canal ceased operating in 1853. As with most canals, it was put out of business by the railroad which could operate around the clock all year long and GfilTY more cargo faster. By a sad quirk of circumstances, canal boats carried the granite ties and cast iron rails to build the railroad track. Also the first locomotive, made in England, was transported--in pieces--by the canal to machine shops of Lowell's Proprietors of Locks and Canals where it was assembled.

The entire route of the Middlesex Canal from Charlestown north to Middlesex Village, located at the time in East Chelmsford, is listed on the National Register of Historic Places as of 2009, designated as the "Middlesex Canal Historic and Archaeological District." In 1967, it was designated the third in a series of National Historic Civil Engineering Landmarks.

The Historic Middlesex Canal is one of Woburn’s most important historical treasures...
- Immerse yourself in Woburn history
- Witness early civic engineering
- See an extinct method of transportation
- Enjoy fresh air & great exercise
CHECK-IN: Begins at 8:00 a.m. but volunteers are welcome throughout the day. You may park in the Council of Concern parking lot at 2 Merrimac St. Come early or later on, spend a few hours or stay with us from 8: a.m. till 2:00 p.m. All volunteer efforts will be greatly appreciated.
AGENDA: Volunteers will pick up and recycle trash, rake leaves, lightly prune and remove brush in addition to restoring the existing tow path and rail bed.
OBJECTIVE: To provide the neighborhood and the entire community with a safe and clean recreation area. You will be able to walk the path of this waterway in Woburn that once served as a vitally important access route from Boston to Lowell.
PLEASE BRING: Rakes, gloves, pruners, loppers, leaf blowers, chain saws (to cut up fallen logs), and any other equipment you would like to use. Face masks will be provided.
WHAT TO WEAR: Long sleeve shirts/pants, hats, boots, and protective glasses.
STUDENT VOLUNTEERS: Mayor Galvin will provide a Community Service Certificate as appreciation of your work. If you have a group willing to participate in the cleanup, please let us know in advance.
REFRESHMENTS: Graciously provided by Tony & Joanne Fiorello.
Learn more about the Historic Middlesex Canal on our Facebook page
Friends of the Middlesex Canal.
To let us know you will be volunteering, please contact us (or just show up that day)***
John Beauchamp @[masked] Marcy Ragucci @[masked]

***Note from medfordjmmy. I will provide a list of names to John for any one signing up through this MeetUp event.

Join a guided walking group to explore extant portions of the Middlesex Canal, operational from 1803 - 1853, 27 miles between Charlestown and Middlesex Village (today's Lowell). In 1839, Henry David Thoreau traveled the canal from the Billerica Falls through Chelmsford, as described in A Week on the Concord and Merrimack Rivers. Meet at the gazebo by the Billerica Falls. Easy 3-hour walk. High boots recommended. Governor Baker Covid-19 Orders observed.

Walk will be led by Marlies Henderson. [Not, medfordjimmy, but I'll be there as a participant this time!]

Walk is also posted on eventbrite: 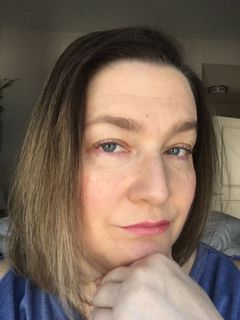 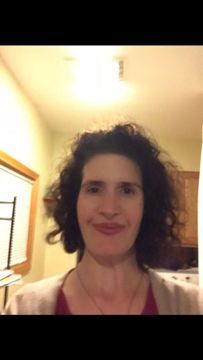 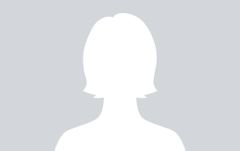 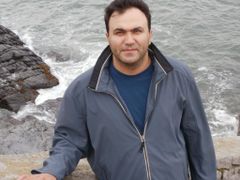 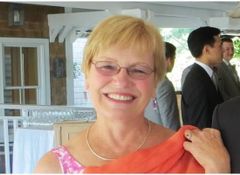 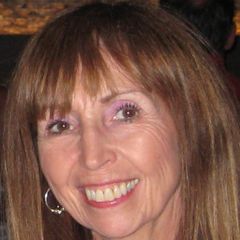 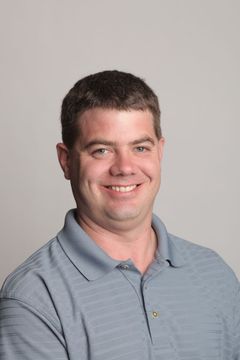 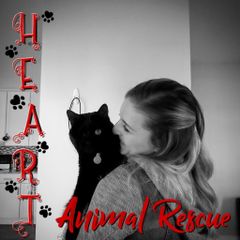