Hosted by
Russell C. and 4 others 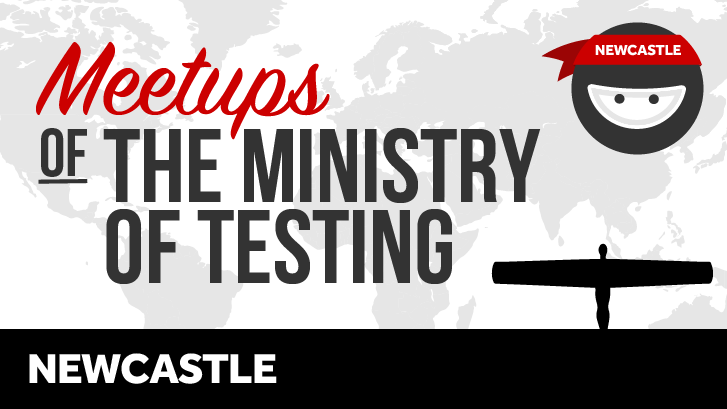 We are situated by the Jury's Inn, just behind the Life Centre. We are on the 6th Floor!

Ministry of Testing is all about testing. It’s a huge Worldwide community focused on the development on Testers to make us all awesome. From weekly newletters, e-learning platform, meetups, conferences workshops etc, the MoT in its many forms is a useful resource and a fantastic community to be apart of. At this meetup you can expect discussions and talks on a wide range of topics. Testing affects all aspects of Software Development so no subject is off topic.

Food, Beer and soft drinks will be on offer for refreshments at the Break

The Wheel of Testing - Ash Winter

When I became a manager a few years ago, the world opened up more of the vast variance of human motivation to me. I had to consider contributing the development of others, as well as the self. Problem is I thought I could develop other testers, without really having their buy in, I had the answers. I was completely wrong about that. I had to learn it the hard way. Thats a whole other story but contributes to the existence of this "Wizarding Wheel of Testing".

My testing career is mine to shape, it has many influences but only one driver. No one will do it for me. Organisations that offer a career (or even a vocation) are offering something that is not theirs to give. Too much of their own needs get in the way, plus morphing into a badass question-asker, assumption-challenger, claim-demolisher and illusion-breaker is a bit terrifying for most organisations. Therefore, I hope the wheel is a tool for possibilities not definitive answers, otherwise it would just be another tool trying to provide a path which is yours to define.

I also wish to cover the usages of the wheel. Using the Wheel of Testing in one to one meetings as a discussion point has proved effective, triggering questions about previously unknown paths in testing. Tool assisted testing is one, triggered an interesting debate with a builder of automated tests. Might there be other ways to assist testing than scripted automation? This surfaced perceptions of what other testers in the organisation did and inspired the person to find out what repetition in system setup and state testers did, plus opened the door to mentoring those same testers. The wheel opened out that career in various directions.

In small teams, it's common for people to share roles such as Scrum Master / Tester / Dev but in a lot of cases there are conflicting interests. How can a Tester adequately test when as a Scrum Master the highest priority is assisting the team to deliver? This is an experience report from when Gwen was working at a start up with a shared role of Tester, Scrum Master and DevOps and how the role affected her thinking when context switching to different roles. For example, how on more than one occasion, the scepticism of the Tester had to pull the optimism of the Scrum Master back to reality and then how the results of the testing were overshadowed by the need for the team to deliver. The T-shaped person is often looked upon as an incredibly valued member of the team but on becoming T-shaped has the person become a watered down version of their primary role?

Sponsors:
We are pleased to be sponsored by Scott Logic, Zerolight and Sage. We would like to thank Scott Logic for providing the venue for this months meetup and Sage for providing pizza and beers. Without sponsorship putting on these events would simply not be possible.