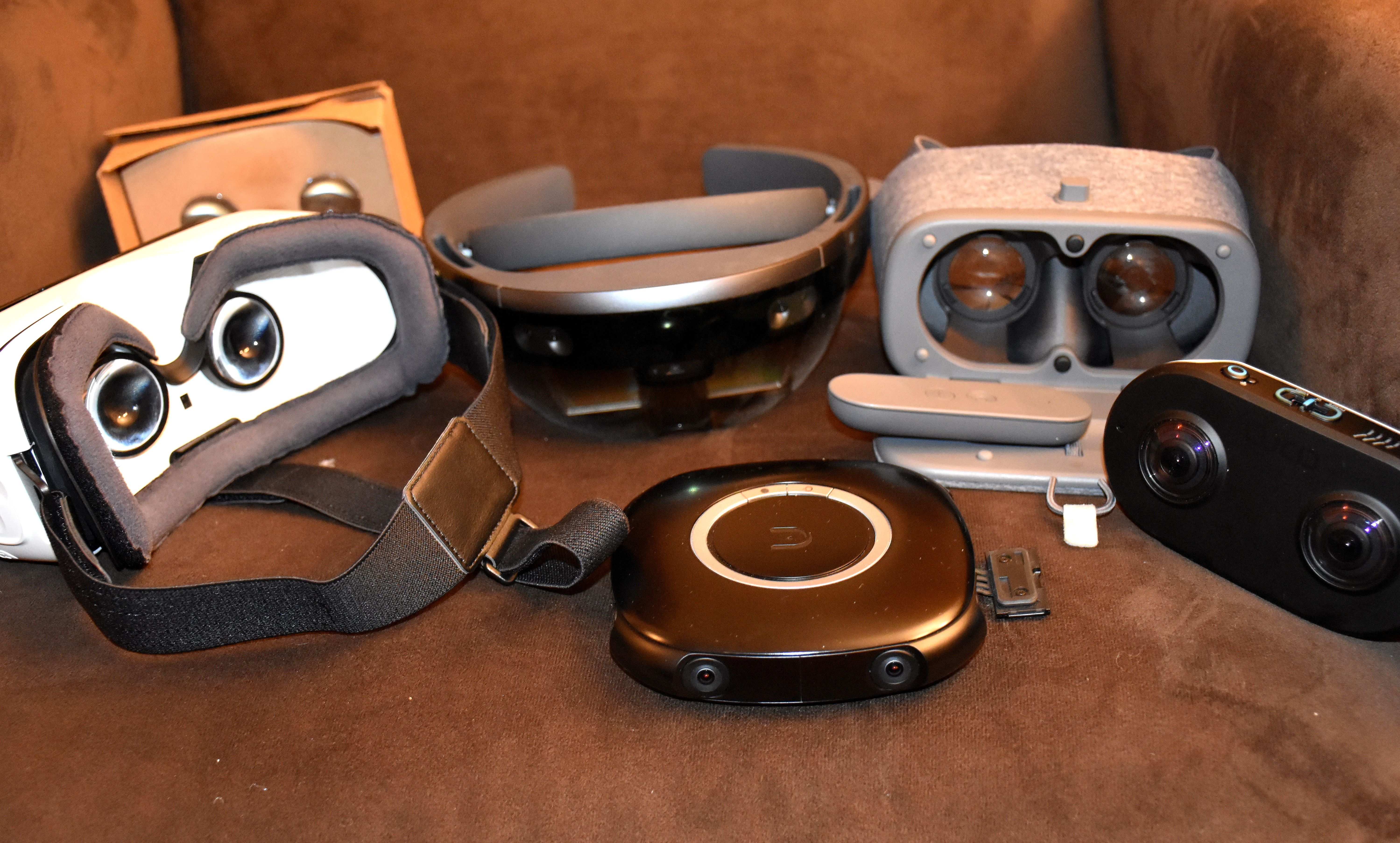 This Meetup will feature...

An overview of eXtended Reality, describing how

are interrelated and interdependent. It is not many fields; it is all one field. We are all working on different parts of the same thing!

And we will drill down on XR cameras, reviewing the under $1,000 prosumer VR cameras LucidCam and Vuze, and exploring what is an XR camera (what exists, what is coming, and why it's important).

Eric is a "professional eclecticist" long interested in film, theater, science, technology and interactive computing. He has a PhD in mathematical physics; founded and edited The American Film Magazine; created an award winning multimedia computer game; backed the Rift Kickstarter; created demos on internet collaboration for IBM's Research and Internet Divisions; was director of internet programming for Viacom; created one of the very first computer generated videos to visualize solutions of differential equations, from work done at the Institute for Advanced Study; taught "Physics for Poets," and graduate level Mathematical Physics; and he has written, directed, produced and acted in dramatic adaptations of Shakespeare's sonnets. He has written over a thousand articles for QPORIT: Quick Previews Of Random Interesting Things, and has been creating 3D, 360, and VR videos, including actor, director and tech star interviews for years.