SCCM Reporting and You! 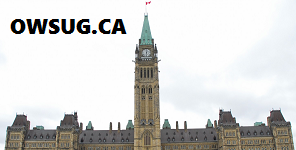 SCCM Reporting and You!

Have you ever had to answer the question, who has Visio installed? How many Dell computers do you have? We all know that SCCM is a great product but where would it be without reporting? You couldn’t answer those questions without it. We also all know that the built-in reports never give you exactly what you want. So Create your own! In this session, SCCM Reporting and You, Garth will walk us from start to finish in creating a useful report. Starting with a SQL query that can be found on his blog, he will show how to test the SQL query. Next he will create a basic report before taking the report from Plain Jane to a work of art.

What you will learn:

* Learn the tips and tricks to reporting

* Learn the tips and tricks for SQL query tools

Garth is often called upon to be a speaker. He presented numerous times to OWSUG, and was has been presenter at the Midwest Management Summit, ITProTeach, MVP Days Canada, Microsoft Management Summit, EnergizeIT, and Techdays. Along with participating in forums, and public speaking, Garth also creates webcasts for both Enhansoft, SMSUG.ca and myITForum.com.