This Meetup has a special place in its heart for bizarre and exciting films. I'm talking indie films, cult films, foreign (yes, with subtitles), some arthouse; anything off the beaten path or fresh (for its time). We'll watch films, of course, but if anybody's game, I'm itching to put together a few aspiring writers, actors, directors, cinematographers to produce indie films right here in the DC area.

If you enjoy a close relationship with names like Tarkovsky, Linklater, Godard, Waters, Lynch, Cronenberg, Jodorowsky, or Haneke but can't find others who do, this Meetup is definitely for you. If you have a fondness for Scorsese, Fincher, Anderson (either one), Kubrick, or the Coen brothers and would like to dig deeper into the film world, you should absolutely join us. If you really only get into coherent movies with definable plots and happy endings, on the other hand, this might not be your cup of meat.

Most of our shows are curated as public events for libraries around Northern Virginia, but we also choose the films for the Keepin' It Weird Wednesdays series at Arlington Cinema & Drafthouse several times a year. We also occasionally go to movies already playing at movie theaters around the region.

Oddball Cinema presents SOCIAL DISTANCING CINEMA: films to watch at home while the Covid-19 state of emergency is in effect. ■ Title — No Men Beyond This Point ■ Director — Mark Sawers ■ Cast — Patrick Gilmore, Bronwen Smith, Tara Pratt ■ ©2015 ■ Unrated, suitable for general audiences ■ 1h 20min ■ Comedy, Drama, Sci-Fi ■ Watch it on Tubi: https://tubitv.com/movies/503289/no_men_beyond_this_point Also available on Amazon Prime: https://www.amazon.com/gp/video/detail/B01I2F9A1O/ref=atv_dl_rdr In a parallel world, women dominate government, business, industry, and just about everything else. It seems that in the 1930s an unexplained change in human physiology led to two momentous developments: first, women could become pregnant without men, and second, they only gave birth to girls. Set in the 21st century, this PBS-style documentary details the societal changes that resulted from the ever-increasing ratio of women to men, and it examines various programs designed to deal with the dwindling “extraneous” population. Tubi streaming service is supported by advertising. The ads are few and brief, the movies stream smoothly with high quality video and audio, and there’s no need to sign up on Tubi unless you want to maintain a watch list there.

Oddball Cinema presents SOCIAL DISTANCING CINEMA: films to watch at home while the Covid-19 state of emergency is in effect. ■ Title — Balloon ■ Director — Michael Herbig ■ Cast — Friedrich Mücke, Karoline Schuch, David Kross ■ A.K.A. — Ballon ■ ©2018 ■ Unrated, suitable for general audiences ■ 2h 5min ■ Drama, Family, History ■ Watch it on Tubi: https://tubitv.com/movies/526405/balloon This Cold War thriller depicts the true story of a family that tried to escape from East Germany to the West in a homemade hot-air balloon. Not a spoiler: the attempt fails. Most of the movie is concerned with the aftermath. The STASI (secret police) were ruthless in their pursuit of “traitors,” and capture meant imprisonment, torture, and perhaps death. Despite covering their tracks well, the family knows that the STASI will inevitably find them no matter how many people they have to interrogate and how many houses they have to search. Something must be done – but what? Tubi streaming service is supported by advertising. The ads are few and brief, the movies stream smoothly with high quality video and audio, and there’s no need to sign up on Tubi unless you want to maintain a watch list there.

Oddball Cinema presents SOCIAL DISTANCING CINEMA: films to watch at home while the Covid-19 state of emergency is in effect. On Saturdays in September we’ll present Oddball Essentials, features that are well known among fans of obscure and unusual cinema. If you’ve missed any of them, this is an opportunity to fill the gaps in your Oddball bucket list. ■ Title — Twilight of the Ice Nymphs ■ Director — Guy Maddin ■ Cast — Pascale Bussières, Shelley Duvall, Alice Krige, Frank Gorshin ■ ©1997 ■ Unrated, contains nudity and sexual situations ■ 1h 31min ■ Fantasy, Mystery, Romance ■ Watch it on Kanopy: https://kanopy.com/video/twilight-ice-nymphs Ah, Mandragora, the land where the sun never sets and the cameras always seem a bit out of focus. A recently released political prisoner is returning home, and on the ship taking him there he meets a mysterious woman who disappears almost as soon as he realizes he’s fallen in love with her. Nonetheless, when he disembarks he heads directly for his family’s ostrich farm. There he finds other people in love with people who don’t love them. Not far away is a statue with strange mystical powers, and… OK, let’s not kid ourselves. This is a Guy Maddin film – emphasis on ‘mad’ – and the plot hardly matters. His style is as distinctive and his work as incomprehensible as any other Oddball favorite director; ‘Time Out New York’ described this feature as “Götterdämmerung meets Pee-Wee’s Playhouse.” You should experience at least one of Maddin’s movies, and this is the one that will make your head hurt the least. This title is available through Kanopy, a free streaming service available to anyone with a library card from the District of Columbia, Falls Church, or Loudoun County. If you have such a card but haven’t signed up with Kanopy yet, or if you have a card from another library and want to check if it offers Kanopy service, click here: https://www.kanopy.com/signup While all local libraries are closed, they will issue library cards online that give you access to digital resources such as Kanopy. Apply for them here: District of Columbia: https://www.dclibrary.org/getacard Falls Church: https://catalog.fallschurchva.gov/catalog/ (click on SIGN UP) Loudoun County: https://account.library.loudoun.gov/obr/ Tubi streaming service is supported by advertising. The ads are few and brief, the movies stream smoothly with high quality video and audio, and there’s no need to sign up on Tubi unless you want to maintain a watch list there.

Oddball Cinema presents SOCIAL DISTANCING CINEMA: films to watch at home while the Covid-19 state of emergency is in effect. ■ Title — Sita Sings the Blues ■ Director — Nina Paley ■ Cast — Annette Hanshaw, Aseem Chhabra, Bhavana Nagulapally ■ ©2008 ■ Unrated, suitable for general audiences ■ 1h 22min ■ Animation, Comedy, Fantasy ■ Watch it at Archive.org: https://archive.org/details/Sita_Sings_the_Blues/Sita_Sings_the_Blues.ogv Based on the “Ramayana,” a Sanskrit epic from roughly 500BC, this animated feature is as close to the work of one person as possible. Writer/director/animator Nina Paley starts with the classic tale of Sita, a long-suffering woman in a world where men deny much to her, demand much of her, and take much from her. The heroine remains resilient and hopeful even as she occasionally sings about how she’d like things to be a bit better. Interspersed with this story are scenes from modern times based on Paley’s own experiences, and the visuals – animated in a variety of styles – are accompanied by songs from the 1920s. The narrative is clear, the conflicts well defined, and the visuals wildly imaginative. The result is a dazzling and easy-to-follow adventure despite the many characters and locations. If ever a film could be called Oddball Required Viewing, this is it! This movie has been placed in the public domain by the writer/director/animator (some copyright restrictions remain on the songs, which she did not write). For information about the production, see the website: https://www.sitasingstheblues.com 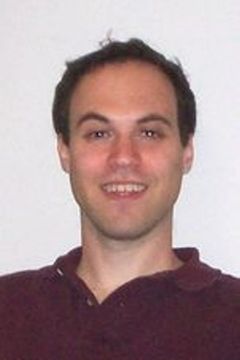 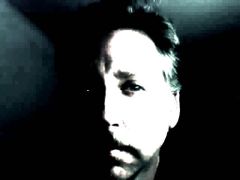 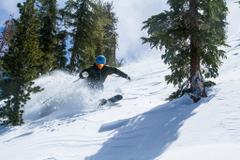 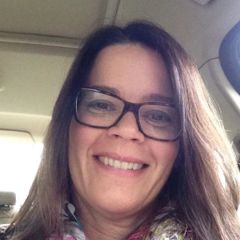 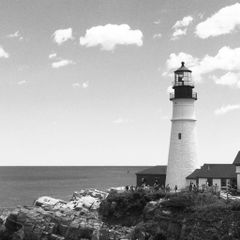 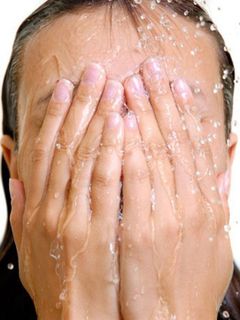 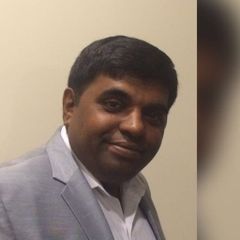 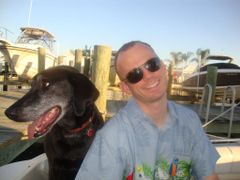 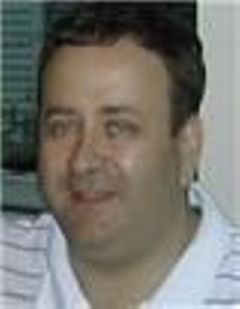 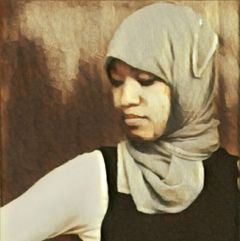 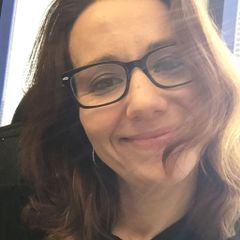 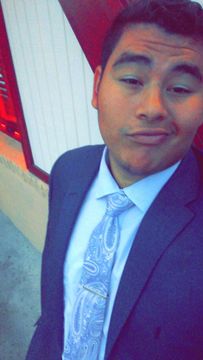 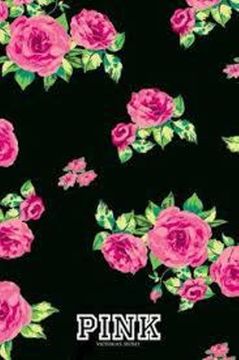 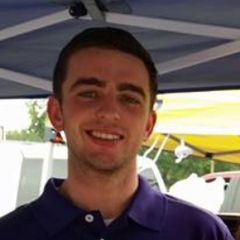 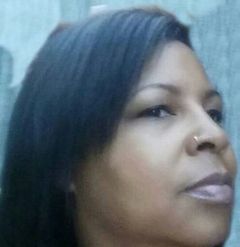