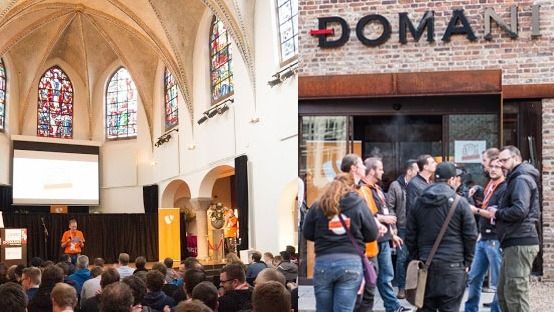 DDEV is an open source tool that makes it dead simple to get local PHP development environments up and running within minutes.
It's powerful and flexible as a result of its per-project environment configurations, which can be extended, version controlled, and shared. In short, DDEV aims to allow development teams to use Docker in their workflow without the complexities of bespoke configuration.

In this meetup Mathias will give you explanation and experiences about using DDEV and how it can replace your current local/vagrant setups. Randy from DDEV will be remote available for Q&A.

TYPO3 is a fully matured open source enterprise CMS, moved in the last 20 years from legacy PHP4 code base to latest PHP 7.2 standards with strong abstraction on database, rendering and coding, and provides flexible ways to extend the base concepts.

Mathias comes from a background in advertising in the music industry. After venturing into musical instrument wholesale he moved to the advertising side of things in the late 90s.

His first contact with TYPO3 happened in 2001 when he became part of netfielders and was introduced closely to the TYPO3 community.
After being an active member in the TYPO3 Association he took some time off from community work to come back in 2013 by raising funds for the 6.2 release and later being sponsored as full time product owner in late 2014.

In 2016 Mathias got chosen to become CEO of the TYPO3 company in order to further foster the development and visibility of TYPO3 worldwide.

In his few hours off a TYPO3 week, he tries to master the guitar while living with his wife and dog in Düsseldorf, Germany.

About Randy Fay - DRUD
Randy has been developing on loads of platforms for many decades and just loves to make computers do his bidding. He worked for years on the Drupal project and has now moved to helping CMS developers with the local environment using DDEV. As a devotee of cycle touring, he also considers himself an honorary Dutch cyclist.

About this meetup:
• the presentation language is English
• location Domani is 5 minutes walking from train station Venlo
• there are several parking areas around Domani

The event, food & drinks is hosted and sponsored by www.beech.it.