Hosted by
Shaun H. and 2 others 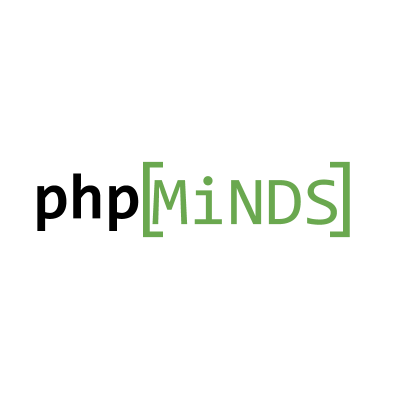 *NOTE* we're a week early in September, and will be on the first Thursday, the 5th September!

PHPMiNDS is back in September for a double whammy - community members Anna and Jamie are going to be giving us a preview of their talks for OggCamp 2019 (https://www.oggcamp.com/).

I started out as a total noob using Ubuntu, copying and pasting from stack overflow in wild abandon to install whatever I needed without a care in the world. A few chmod 777s later - I actually learnt what that does (spoilers - it’s not always the answer) and decided I should maybe learn how my OS works.

In this talk, I’ll be explaining how Linux works and sharing my story as a beginner.

This talk is for you if you’re a beginner/hobbyist/Linux-lite user and looking to feel less alone in the world.

The IndieWeb Movement: Owning Your Data and Being the Change You Want to See in the Web

In today’s age of the Web, we’ve resigned ourselves to using social Silos, such as Twitter, Facebook or Medium. Content we create on their platforms is owned by them, free for them to profit off it, and we can’t move off the platforms because then all our followers would need to use a new platform.

The IndieWeb is all about taking the control of where we post, and how. As citizens of the Web we deserve to own the content and data we so lovingly produce, so why don’t we do it? Why don’t we use our websites as our social hub, publishing on our own site, and then syndicating everywhere else?

If there’s something that you want a Silo to do, why not build it yourself? If we build our own platforms, we can decide how they work and interoperate. By selfdogfooding we can use our own projects to help drive the functionality we want, being the change we want to see in the world.

We’ll talk about the underlying open standards and Open Source components that are driving the ease of adoption across it, such as Microformats2, Webmention, Micropub and Microsub, and IndieAuth, to name but a few!

This is truly about creating the Social Web, providing an RSS-feed like experience to follow all your friends, colleagues, and people of interest, but being able to interact in-feed, as you would on i.e. Twitter. You can add inline comments, like, or reshare the content for those following your own site.

And of course, it’s all about enabling everyone to get involved - feedback from not-as-technical folks, through to multiple implementations of the same tools are actively encouraged.

But don’t even get me started on the Fediverse (i.e. Mastodon) - which would be a whole talk in itself.

Jamie is a Software Quality Engineer 2 at Capital One UK, working on Identity Services. He has a passion for backend engineering, especially around APIs and automation. He is a GNU/Linux user, a big advocate for the Free Software Movement, and a personal website fanatic, even more so since joining the IndieWeb community, where he looks to self host as many services as he can.