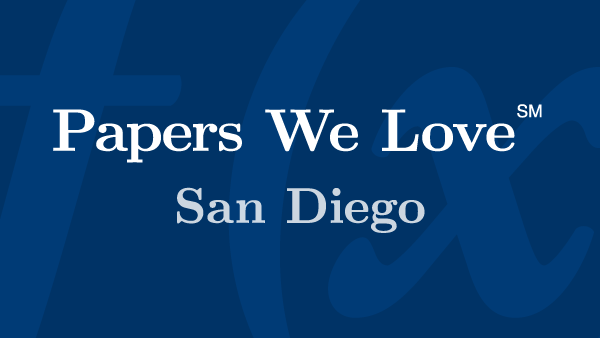 The Git repository format is a marvel of data structure design — nearly unchanged since the project's inception — and understanding it is key to becoming a Git power user.

In this talk, starting from the blob, commit, and tree objects that live inside Git's content-addressable store, we'll explore what goes on inside the .git directory; how it all ties back to a sometimes-baffling command line interface; and how well the core Git model withstands attempts to extend it such as Git's subprojects, Git Annex, and alternative user interfaces.

How to read the paper, in four optional steps:

0. Skip it and attend anyway — the presentation won't assume attendees have read the paper, though it will be helpful if you've at least tried Git.

2. Spelunk into the .git directory in some local repository and have a look around. If you'd prefer to take a longer guided tour, consider working through https://git-scm.com/book/en/v2/Git-Internals-Git-Objects

3. Read the rest of the paper.

Street parking on 6th, 7th & 8th Avenues north of B Street is usually easy at that hour. Meters nearby are free after 6. Read signage before you park on A street.

If you're interested in presenting a paper please fill out this form (https://docs.google.com/forms/d/e/1FAIpQLScaI-fWdys27-ByT_HdtsJ73V4AxZr0hf1GSqLsQ1IwAaPdIQ/viewform) or talk to us in person at the meetup.