This is a group for people who create and consume philosophy. Members will have the opportunity to read and discuss each others' work, as well as texts from pre-established philosophers. Each meeting will be partially structured, with chosen topics/texts from a rotating member; and partially un-structured, with free-form discussion.

What Aristotle remarks of natural organisms and individuals generally--that every being inept for self-sufficient subsistence has to attach itself to some complementary entity or else perish--also applies within and among these castes. Independence or self-governance [autarkia] is a blessed if not divine state, and demands above all other virtues a general eudaimonia or well-roundedness and amplitude of intelligent and moral forms, i.e. an all-sided competence to understand how to deal with life/nature/history in its full-dimensionality. Each stratum in the ranks of society represents a kind of cascade of tiers with the virtues of striven-for excellence at the top--competence, masterfulness, connoisseurship, a reputation for paradigmatic quality--and with natural necessity or bare subsistence at the bottom, stripped of all human luxuria, options of taste or commodiousness. Moderns with their ingrained sense of alienation between "is" and "ought" or fact/value will react of course against these naturalist assumptions by asserting that a predominance of slavish vices or self-vitiating tendencies does not necessarily make one morally "bad," and a generous array of talents and faculties does not necessarily make anyone morally "good." But it is our own value-neutralized or amoral system of merely technical know-how to which this criticism more fitly applies; the Greeks took for granted that culture had to be a holist or organicist accomplishment, confirming one's wisdom and sanity and piety no less than one's worldly competence. In any case, each caste or character-type had its specific biases and warpages of value-perspectives which had to be discounted in all rhetoric and self-pleading. Greek culture knows no such notion as a merely value-vacuous kind of knowledge or consciousness: all knowing, as Aristotle says of all acting, is for the sake of what is good or naturally fulfilling, i.e. all acts of the mind are sane and wise or insane and foolish precisely as they are measured against a cultural archetype of "connoisseurship" (discriminating or evaluative knowing) rather than a narrowed modern paradigm such as our merely mechanical-technical (banausic) "science." Natural arete will out, will seek its own fullest and most proper expression; arete is fitly translated (but ill-understood) by "virtue" because in its classical sense arete is quite close to the sense of "natural/instinctual talent" and virtue virtually identical to the sense of "power, strength, tonic, an energizing source for the will." Virtues naturally tend upward and vices naturally tend downward in this naturalistic or natural-law governed order (see Heraclitus, "the way up and the way down," "the sober and the drunken soul," etc.). Properly understood, virtue is truly its own reward because it directly rewards itself with a more profoundly bountiful life, an enhanced palette of perspectives and abilities, and a self-sublimating or ever-more self-encompassing form of self-mastery that rises from glory to glory, so to speak. And vice is likewise its own punishment because it diminishes all that is healthy, sane, energizing, clarifying, authoritative, organizing, etc. in the will and reason; it constricts the will and understanding and connoisseurial judgment down to parochial petty-souledness (pusillanimitas or mikropsychia), even as virtue opens the soul out to cosmopolitan great-souledness (magnanimitas or megalopsychia). The whole of everyday society thus makes up an articulated and perfectly evident moral allegory, the realized or concretized consequences of virtues and vices spelled out in their etiology and eventualities for anyone who has eyes to see. https://kennethsmith.livejournal.com/53960.html

Human Dasein is always structured as Being-in-the-world, or as a being who has concerns, has a stake in their disposition and involvements. One of the primary ways we engage with and understand this experience is through anxiety. Anxiety is a method to help us see our Being-in-the-world, in a way different from our usual, unreflective way. Beyond having a stake in our lives, we have our being in and through “world,” that is, various meaningful contexts and projects (pushed and facilitated by Das Man, the larger culture we are in). Our moods or attunement help kick us into these contexts and projects. Authenticity requires slippage, a "becoming unstuck" from that world. What Heidegger wants to show us is difficult for us to see, because our comfort zone is not seeing. According to Heidegger, what makes us feel good is our everyday way of being, a comfortable, unquestioning state. We dislike anything that will disrupt that state (violence, challenging art, etc.). So we have to be forced to look at our potentiality-for-Being. The mood of anxiety makes the everyday life structure of Dasein (being-in the-world or “care,” concernful absorption) light up, and forces us to stare directly at our potentiality-for-Being. We must be forced, because ordinarily, we wouldn't want to look our potentiality-for-Being, much less for a lengthy amount of time. Dasein is tightly linked to the "world" of its concern, its projects, its meaningful contexts, "what it's up to". This concernful absorption tends to get lost in the conformism of our relation to the "they". Dasein has fallen away from itself as an authentic potentiality for Being its Self, negotiating through the world, making choices. "Fallenness" into the "world" means an absorption in Being-with-one-another. "Inauthenticity" is a distinct way of being-in-the-world -- fascinated, caught up in the un-thought-about, unnoticed, unquestioned webs and networks of culture and society. Not-Being-its-self functions as a possibility of an entity which is absorbed in a world. This kind of not-Being is closest to Dasein and is where Dasein maintains itself. Dasein, tranqulized, and "understanding" everything, drifts along towards an alienation in which its own potentiality-for-Being is hidden from it. Dasein plunges into the groundlessness and nullity of inauthentic everydayness. This plunge remains hidden, so much so that it gets interpreted as "ascending" and "living concretely". According to Heidegger, we spend most of our time falling and fleeing — being absorbed in the They and not acknowledging our own potentiality. In anxiety, this normal way of existing is disrupted. Anxiety, occurs when you are immersed in an activity, and all of a sudden, the activity loses its sense, purpose, direction. In such moments, the “world,” the meaningful context in which you live and move, “collapses into itself”. In such moments, you get slightly unstuck from your “world” and you see it as a world. Anxiety cannot be responded to with a return to a meaningful framework, because it is, itself, questioning meaningful frameworks. You have to be de-worlded to see the world. (Seeing the world is a requirement if we want to a) find out the meaning of what it is to be, and b) change the structure of the world.) At this point, the sudden realization breaks upon us: "Oh. Wait. I have choices. I am negotiating. I am making decisions." Even though our world is not solely of our own making, our life is made up of decisions within a range of possibilities. Anxiety throws us right in front of that fact, a fact that we typically wish to ignore. This is what Heidegger means when he says that anxiety “individualizes Dasein”—it throws you in front of the fact that your potentiality-for-Being is yours and yours alone. 1. https://drive.google.com/file/d/1pW800DPu8dGONvg5PQlSkLiWghoG_VbW/view?usp=sharing - Lecture (50 minutes) 2. https://drive.google.com/file/d/11AEu0WFTmvragT2RQdn5B6NAr43lYtYD/view?usp=sharing - Notes

The Virtual Philosophy Network https://www.virtualphilosophynetwork.com is hosting Ian Olasov for a discussion of his upcoming book. Ask a Philosopher: Answers to Your Most Important and Most Unexpected Questions. https://us.macmillan.com/books/9781250756183 Based on thousands of interactions on New York City streets, Ian Olasov has written a book about the philosophical curiosities of everyday pedestrians that is sure to delight anyone who loves life's most puzzling questions. Based on real-life questions from his Ask a Philosopher series, Ian Olasov offers his answers to questions such as: - Are people innately good or bad? - Is it okay to have a pet fish? - Is it okay to have kids? - Is color subjective? - If humans colonize Mars, who will own the land? - Is ketchup a smoothie? - Is there life after death? - Should I give money to homeless people? Ask a Philosopher shows that there's a way of making philosophy work for each of us, and that philosophy can be both perfectly continuous with everyday life, and also utterly transporting. From questions that we all wrestle with in private to questions that you never thought to ask, Ask a Philosopher will get you thinking. Ian Olasov (https://ianolasov.com/) is an adjunct professor and doctoral candidate at the City University of New York, Graduate Center. His writing has appeared in Slate, Vox, Public Seminar, and elsewhere. Olasov won the American Philosophical Association’s Public Philosophy Op-Ed Prize in 2016 and 2018. He runs the Ask a Philosopher booth in locations around New York City and lives in Brooklyn, NY.

Heidegger asks the question of what does it mean for something to be? Heidegger says that we have to ask the question of the meaning of being in order to get back to the founding conditions of western civilization. By going back to the founding conditions, we can see how the dominant culture took over and pushed other possibilities aside. From there, we can re-think our western world and do something different. Heidegger's book is called Being and Time. What it means for something to be is intimately linked to presence. Heidegger wants to show us that the founding conditions of our culture established that for something to be, for it to count, to have value, it has to be present. By which he means it has to be available, manipulable, instrumentalizable, toolifiable, thingifiable. According to Heidegger, in Western culture, there is a tight connection between what it means for something to be ("Being") and for something to be present ("Time"). For us to have different notions of what it might mean for something to be, we're going to have to come to a different notion of being, and a different notion of what it means to have something be in time. Human beings are different from other beings in that we have projects, have concerns, have agency, have a meaningful context, have a stake in existence, in our disposition and involvements. This is Being-in-the-world, the meaningful context in which we live. You're always inside a referential context of significance (a meaningful context in which things are referred and put into place). 99.9% of the time, humans are fascinated, benommenheit, concernfully absorbed, fallen, fled from our potentiality. It's difficult to get unstuck from the world; rituals, religion, art, philosophy, etc., can be used as methods to throw us out of the world into a space of Denken. (Assuming we're capable of being disrupted.) Anxiety (angst) can throw us into Denken; so can finitude. From Denken-space, we can ask if our way of life can be renegotiated. Ought I live differently? I have choices; I have potentiality. Who might I become? Who might we become? How else might we live differently? 1. https://drive.google.com/file/d/1IlohcNDWPp3Fg6eJ_l5AaCfk8BGmc5QS/view?usp=sharing - Lecture (60 minutes) 2. https://drive.google.com/file/d/1SpQnwb8IX0Y7TQAbPi0hJgAPGX4xOG-o/view?usp=sharing - Notes 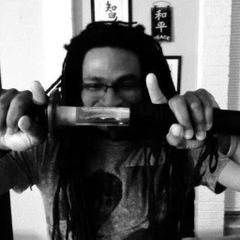 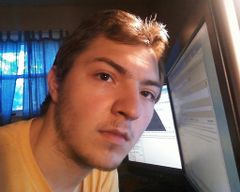 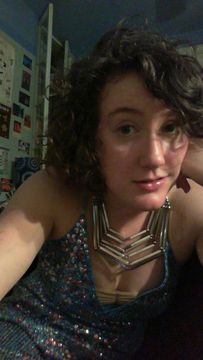 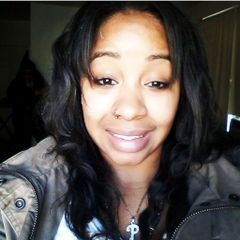 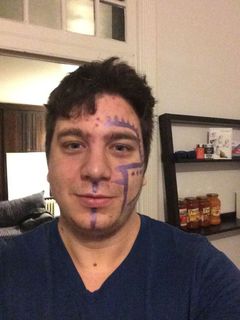 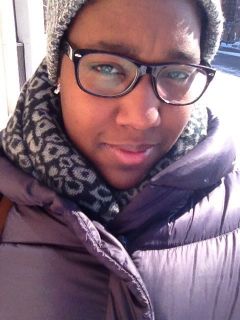 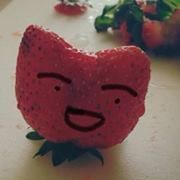 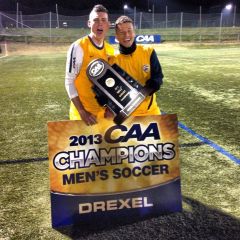 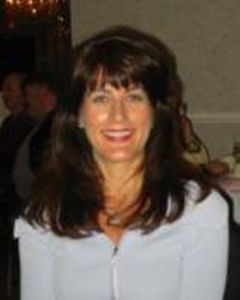 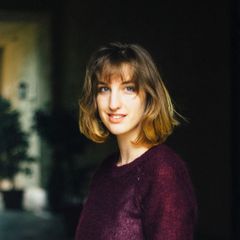 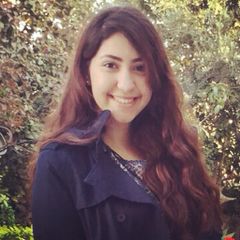 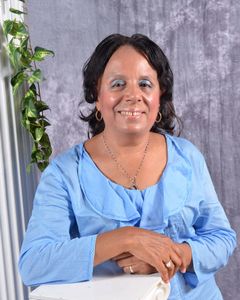 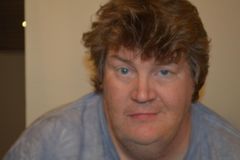 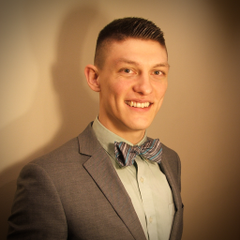