Hosted by
Brian B. and Emma I. 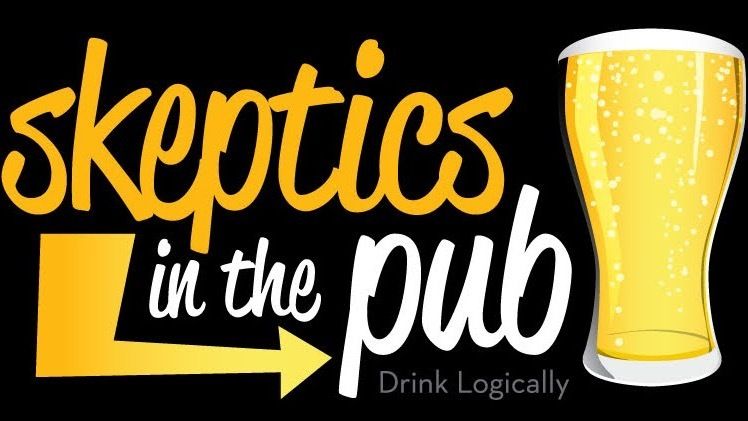 Ask the librarian if you have trouble finding the large meeting room.

On Sunday, January 5th, we'll kick off the new year with a very special event... We'll be hosting "Climate Up Close" — a nonpartisan and policy-neutral organization of climate scientists that work to make climate science accessible to a broad audience. They travel to communities across the United States, giving the public an opportunity to meet and put their questions to climate scientists face-to-face.

Keep in mind the room seats about 60 people, and since there's no tickets for this event seating will be allotted on a first-come, first-served basis.

1) Nadir Jeevanjee - Dr. Jeevanjee studies the physics of clouds, radiation, and climate. He holds a Ph.D. in Physics from UC Berkeley, and is currently a Harry Hess Post-Doctoral Fellow in the Geosciences Department of Princeton University, where he is also affiliated with Princeton's Department of Atmospheric & Oceanic Sciences and the Geophysical Fluid Dynamics Laboratory.

2) Jake Seeley: Dr. Seeley is an Environmental Fellow at the Harvard University Center for the Environment, where he studies the climate of Earth and other planets. He earned his Ph.D. in Earth and Planetary Science from UC Berkeley, and holds a B.Sc. in Physics from Haverford College.

3) Aaron Match: Aaron Match is a Ph.D. student studying Atmospheric and Oceanic Sciences at Princeton University. Aaron studies the processes that lead to the observed winds and chemical distributions in Earth’s stratosphere, which is the layer of the atmosphere that contains the protective ozone layer. Aaron earned a B.Sc. in Atmospheric Science at Cornell University.

4) Nathaniel Tarshish: Nathaniel Tarshish is a graduate student studying the physics of climate at UC Berkeley. Prior to graduate school, he earned a B.Sc. in Mathematical Physics from Brown University, and investigated ocean fluid dynamics as a researcher in Princeton University’s Department of Geosciences.

WHAT WAS THE GENESIS OF "CLIMATE UP CLOSE"?

The Chronicle of Higher Education recently had an article explaining why these climate scientists decided to create the "Climate Up Close" program - https://nadirjeevanjee.com/papers/parry2019.pdf

The idea for Climate Up Close emerged from Nadir Jeevanjee's dialogue with one of his colleagues at Princeton, the emeritus professor of physics William Happer, who is a prominent climate change skeptic. While many of his fellow climate scientists dealt with William Happer by either condemning or ignoring him, Nadir struck up a dialogue with him, listened to his criticisms of climate modeling, and checked with his fellow climate scientists to ensure they were accounting for the way that carbon dioxide molecules absorb infrared radiation leaving Earth — as it turned out, they already were. Although William Happer hasn't retracted his earlier claims in print, he did stop claiming that models got this detail wrong in his public speeches. While this didn't result in a complete reconciliation between Princeton's climate scientists and the resident climate change skeptic, it was an important first step.

As Nadir Jeevanjee told the Chronicle: "'Maybe this is an overreach, but I see the breakdown in communication with Will as symptomatic of the breakdown in the larger climate conversation in the country. We can’t even talk to someone across the street. No wonder this country is so divided on the issue... There’s people in our community who feel that if we show any chinks in the armor, then that’s going to open the door to questioning and to a lack of action on climate. But what we’re seeing is a lack of action because we’re politically polarized. And part of the polarization is because climate change has become a religion. And we just ask people to believe it. And we’re not willing to engage with skeptics."

In the spirit of his interactions with Happer, Dr. Jeevanjee has been expanding his engagement with climate change skeptics. He and other young climate scientists recently left their campuses to stage public forums in small towns and cities across south-central Pennsylvania, most in counties President Trump carried in 2016 where climate change skepticism is high. The idea is to give ordinary people the chance to interact with climate scientists, something they rarely do. By doing so, they hope to make a dent in America’s dysfunctional climate conversation.

Climate Up Close uses a flexible event framework. For our two-hour event, we'll probably start with an hour-long "climate primer" where the scientists will provide an intro to climate science with rich visuals. This will be followed by an hour-long "Question & Answer" period. They'll create a “parking lot” of all the questions asked and then focus on answering them in context with each other, so that all voices and questions can be heard.

Climate Up Close focuses their events on simple but important climate science questions, tailored to what the audience is most curious about.

I. The State of Climate Science:
- How do climate scientists gather data?
- How accurate are climate models?
- What are climate scientists highly confident about?
- What are some open questions in climate science?
​
II. Climate Context:
- Why did the Earth go through several hot periods in the distant past, like the "Paleocene-Eocene Thermal Maximum" during the age of dinosaurs 56 million years ago?
- What's the difference between the warming we've experienced over the last century and previous warm periods in human history, like the Mid-Holocene Warm Period, the Roman Warm Period, and the Medieval Warm Period?
- Didn't scientists in the 1970s think the earth was cooling - what happened?
- Was the warming trend "paused" between 1998 & 2013?
​
III. Greenhouse Gases & Climate Change:
- How do we know that carbon dioxide is increasing?
- How do we know that the increase in carbon dioxide is caused by humans, as opposed to some natural process?
- Which human activities cause the most carbon dioxide emissions?
- How do we know that carbon dioxide is causing a temperature increase?
- Since the effect of carbon dioxide on temperature is logarithmic (i.e. as we add more CO2, its effect on temperature slowly tapers off), why are climate scientists concerned that global warming will speed up if we don't cut our emissions?
- What role do other greenhouses gases like methane, nitrous oxide, and fluorinated gases play?
- Why role do water vapor and clouds play, and how does the increased evaporation due to warming create a positive feedback loop?
​​
IV. Impacts:
- What are the climate change impacts on arctic ice sheets and glaciers?
- How quickly are sea levels expected to rise?
- How could climate change alter precipitation patterns?
- Is climate change increasing the frequency of hurricanes & other types of extreme weather?
- What will my generation experience? How about my children's and grandchildren's generation?

Skeptics In The Pub - Philly